Russia continues to supply arms to Wagner Group in Libya, US says 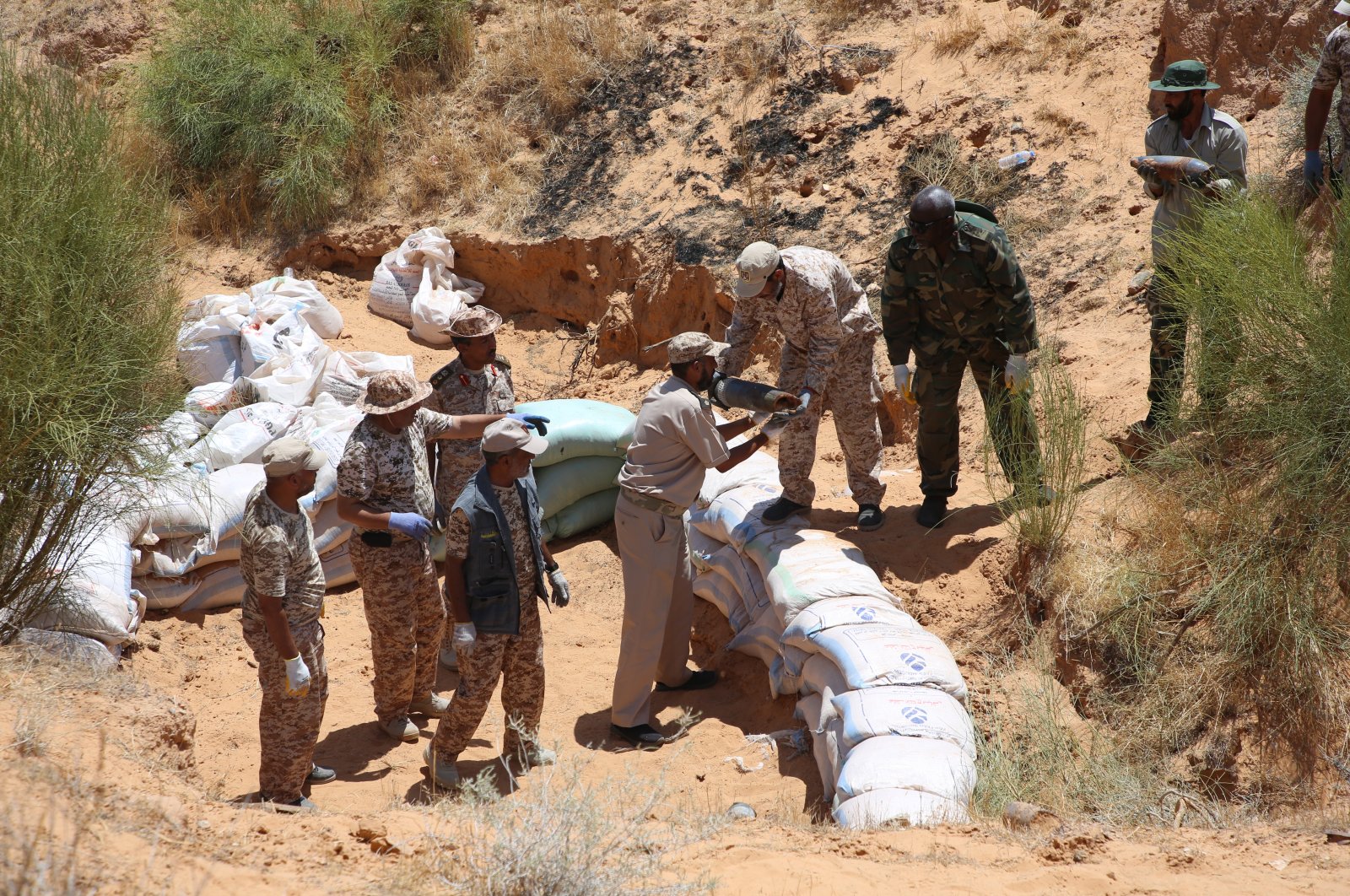 Russia continues to position military equipment in civilian settlements in the south of the Libya's capital Tripoli through the private Wagner Group. (AA Photo)
by Anadolu Agency
Jul 24, 2020 6:38 pm

Russia continues to position military equipment in Libya through the private Wagner Group, working as a Russian Defense Ministry proxy, the U.S. military said on Friday.

"Russia continues to play an unhelpful role in Libya by delivering supplies and equipment to the Wagner group," U.S. Marine Corps Brig. Gen. Bradford Gering, the head of operations for U.S. military command for Africa (AFRICOM), said in a statement.

Gering added that the type and volume of equipment demonstrateD "an intent toward sustained offensive combat action capabilities, not humanitarian relief, and indicates the Russian Ministry of Defense is supporting these operations."

The equipment is capable of "conducting kinetic operations" and "poses a risk for all civilians."

The first photo shows Wagner forces and equipment on the front lines of the Libyan conflict in Sirte. The second shows the extent of equipment being supplied to Wagner with a Russian military cargo aircraft.

The AFRICOM statement said the Russian Federation "continueD to violate U.N. Security Council Resolution UNSCR 1970 by actively providing military equipment and fighters to the front lines of the Libya conflict."

In May, AFRICOM reported that at least 14 Mig-29s and Su-24s had been flown from Russia to Syria and previously provided photographic evidence that Wagner has laid landmines and improvised explosive devices in civilian areas in and around Tripoli.

Since April 2019, putschist Gen. Khalifa Haftar's illegitimate forces have launched attacks on the Libyan capital of Tripoli and other parts of northwestern Libya, resulting in more than 1,000 deaths, including women and children.

However, the Libyan government has recently achieved significant victories, pushing Haftar forces out of Tripoli and the strategic city of Tarhuna.

The country's new government was founded in 2015 under an UN-led agreement, but efforts for a long-term political settlement failed due to a military offensive by warlord Haftar, who has been backed by France, Russia, the United Arab Emirates and Egypt.

The U.N. recognizes the Libyan government headed by Fayez al-Sarraj as the country's legitimate authority.