Russia may be more willing to cooperate to end Syria civil war, US envoy says 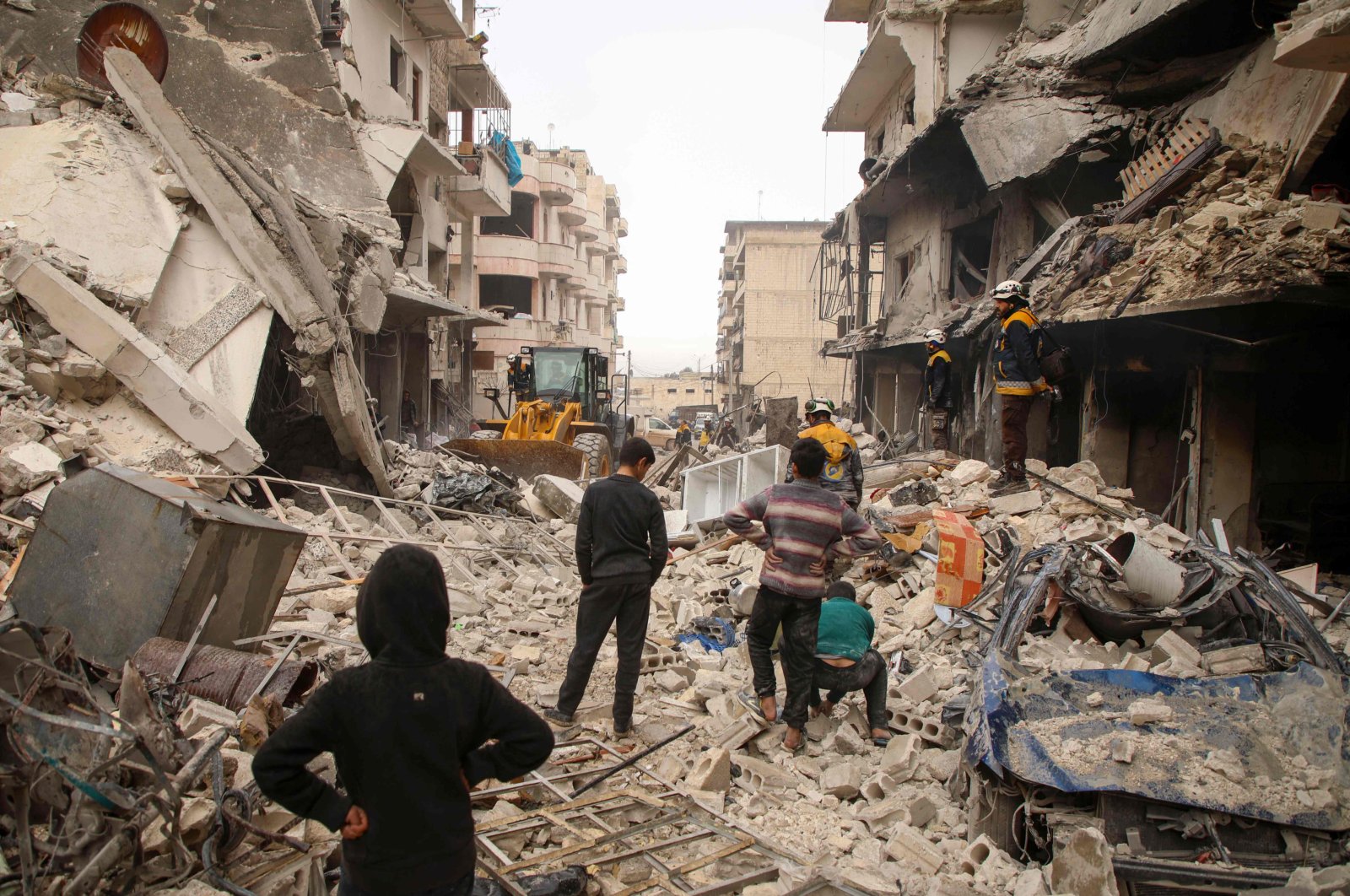 Members of the Syrian Civil Defence, also known as the White Helmets, watch as a bulldozer clears rubble and debris at the site of reported airstrikes on the town of Ariha in the northern countryside of Syria's Idlib province, Jan. 30, 2020. (AFP Photo)
by French Press Agency - AFP May 08, 2020 10:46 am
Edited By Nurbanu Tanrıkulu Kızıl
RECOMMENDED

A U.S. envoy voiced guarded optimism Thursday at renewing cooperation with Russia to seek an end to Syria's brutal civil war, assessing that Moscow is getting frustrated with the Bashar Assad regime.

"Russia may be more willing now – we've seen some indications in the Russian media and in certain Russian actions – to be more flexible on the constitutional committee," said James Jeffrey, the U.S. point man on Syria.

"They may once again be willing to talk with us about a way to resolve this short of a military victory," he told reporters.

"Because it's very clear at this point to Russia that they're not going to get a military victory – certainly no time soon."

Russia, along with Iran, backs Assad, and Moscow deployed forces in Syria in 2015 to boost his campaign to crush the opposition as well as the Daesh terrorist group.

Jeffrey in May 2019 joined Secretary of State Mike Pompeo for talks with Russian President Vladimir Putin in the Russian resort of Sochi where the rival powers looked at ways forward together on Syria.

But since then, a U.N.-backed constitutional review has made little progress at finding a peaceful end to the war that has killed more than 380,000 people since 2011.

Syrian forces also led a deadly offensive to take the last opposition bastion of Idlib until a cease-fire between Russia and Turkey, which backs the moderate opposition.

"It's exposing the dirty laundry in one of the worst regimes in the 21st century," Jeffrey said.

"We're hoping it indicates that there will be more dislocation and more disintegration of that evil regime."