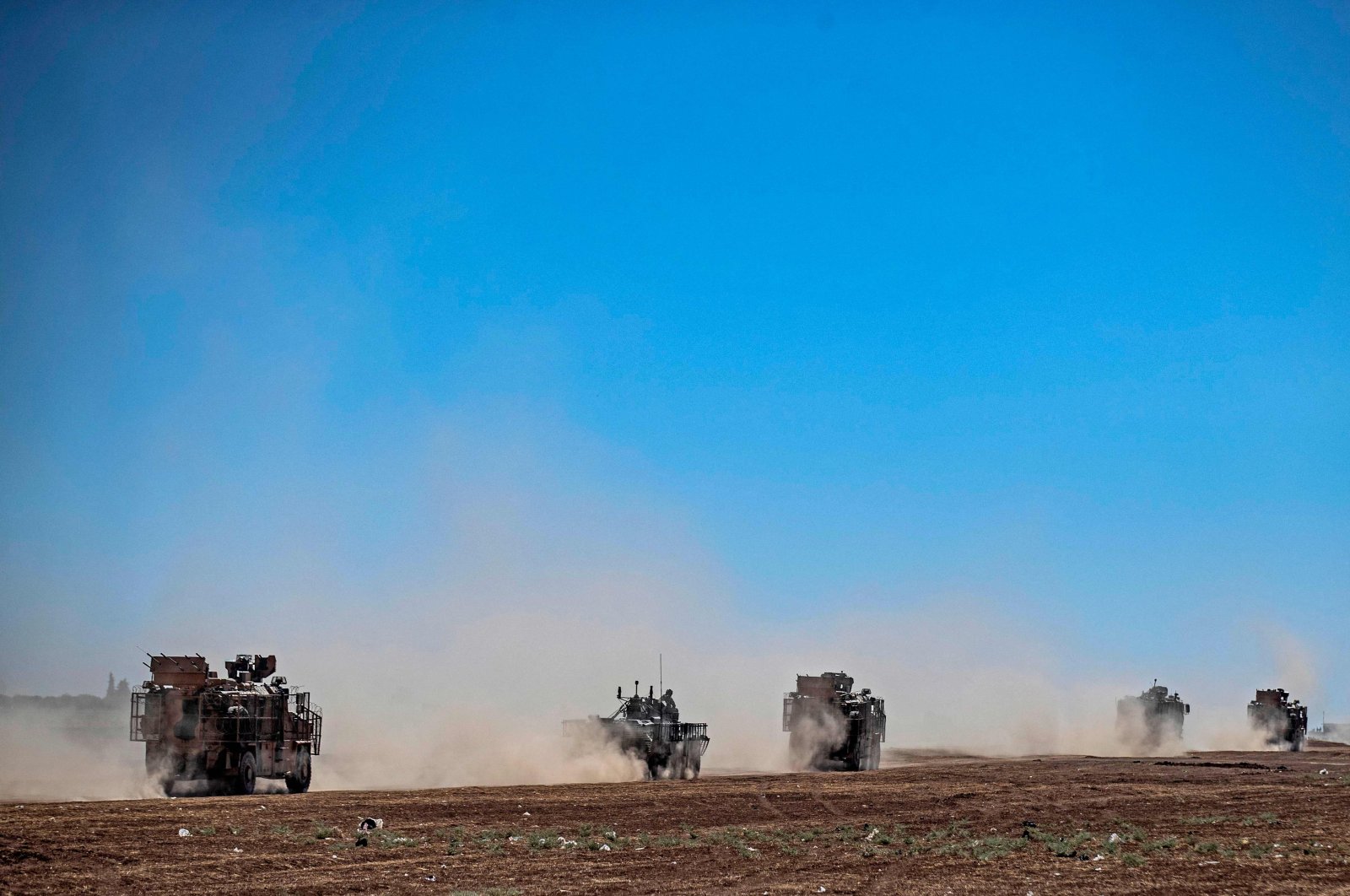 Military vehicles are pictured during a joint Russian-Turkish patrol in the eastern countryside of the town of Darbasiyah near the border with Turkey, in northeastern Hasakah province, Syria, July 28, 2022. (AFP Photo)
by Daily Sabah with Reuters Aug 05, 2022 2:26 pm

Russia on Friday said it "destroyed" a group of U.S.-trained opposition fighters in Syria on Aug. 4.

Reuters was not able to immediately verify the claim.

Russian forces have helped Moscow's ally, Syrian regime leader Bashar Assad, turn the tide against anti-regime forces, some of them backed by the United States or Turkey, in a civil war that has lasted over a decade.