Russia sent warplanes to back Haftar mercenaries in Libya: US 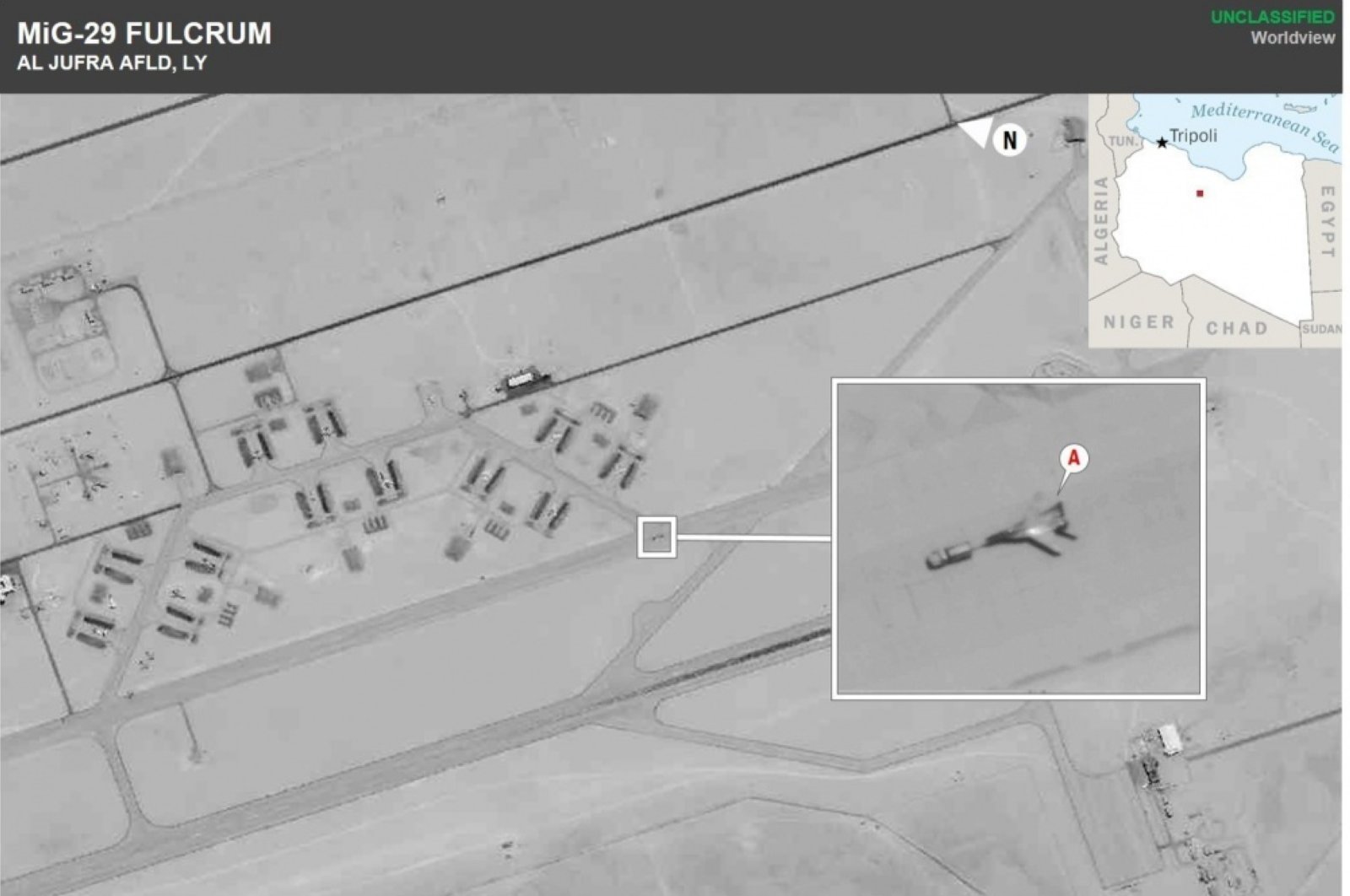 The military fighter aircraft left Russia and first stopped in Syria where they "were repainted to camouflage their Russian origin" before arriving in Libya, said Stuttgart-based Africom.

Russian military aircraft are likely to provide close air support and offensive fires for the Wagner Group PMC that is supporting Haftar’s Libyan National Army's (LNA) fight against the internationally recognized Government of National Accord (GNA), the command stated.

"Russia is clearly trying to tip the scales in its favor in Libya. Just like I saw them doing in Syria, they are expanding their military footprint in Africa using government-supported mercenary groups like Wagner," said U.S. Army Gen. Stephen Townsend, commander at U.S. Africa Command.

"For too long, Russia has denied the full extent of its involvement in the ongoing Libyan conflict. Well, there is no denying it now. We watched as Russia flew fourth-generation jet fighters to Libya – every step of the way. Neither the LNA nor private military companies can arm, operate and sustain these fighters without state support – support they are getting from Russia,” he added.

The statement further said that Russia has employed state-sponsored Wagner in Libya to conceal its direct role and to afford Moscow plausible deniability of its malign actions. U.S. Africa Command assesses that Moscow's military actions have prolonged the Libyan conflict and exacerbated casualties and human suffering on both sides.

“The world heard Mr. Haftar declare he was about to unleash a new air campaign. That will be Russian mercenary pilots flying Russian-supplied aircraft to bomb Libyans,” Townsend said.

Haftar’s forces threatened last week to attack Turkish targets in Libya after receiving eight military planes following heavy losses as a result of a series of successful operations by the Libyan Army.

“In the next few hours, you will witness the largest aerial campaign in Libya’s history,” Haftar’s air force chief Saqr al-Joroushi said, adding that all Turkish targets are “legitimate targets” for their fighter jets.

Accordingly, the Libyan Interior Ministry in the same week stated that the government received information that Russia sent eight fighter jets to the Haftar militia.

Interior Minister Fathi Bashagha told Bloomberg channel that at least six MiG-29 and Su-24 type Soviet-made jets took off from Hmeimeem air base in Syria and were delivered to Haftar’s forces in Libya.

Russian authorities have not made a statement regarding the issue.

Haftar, the leader of illegal armed forces in eastern Libya, who has targeted the government for over a year now, intensified attacks on civilians in May.

“Russia is not interested in what is best for the Libyan people but are working to achieve their own strategic goals instead,” the statement added.

The command also pointed out that Russia’s destabilizing actions in Libya will also exacerbate the regional instability that has driven the migration crisis affecting Europe.