Russia to transfer Assad regime mercenaries in Syria to Libya 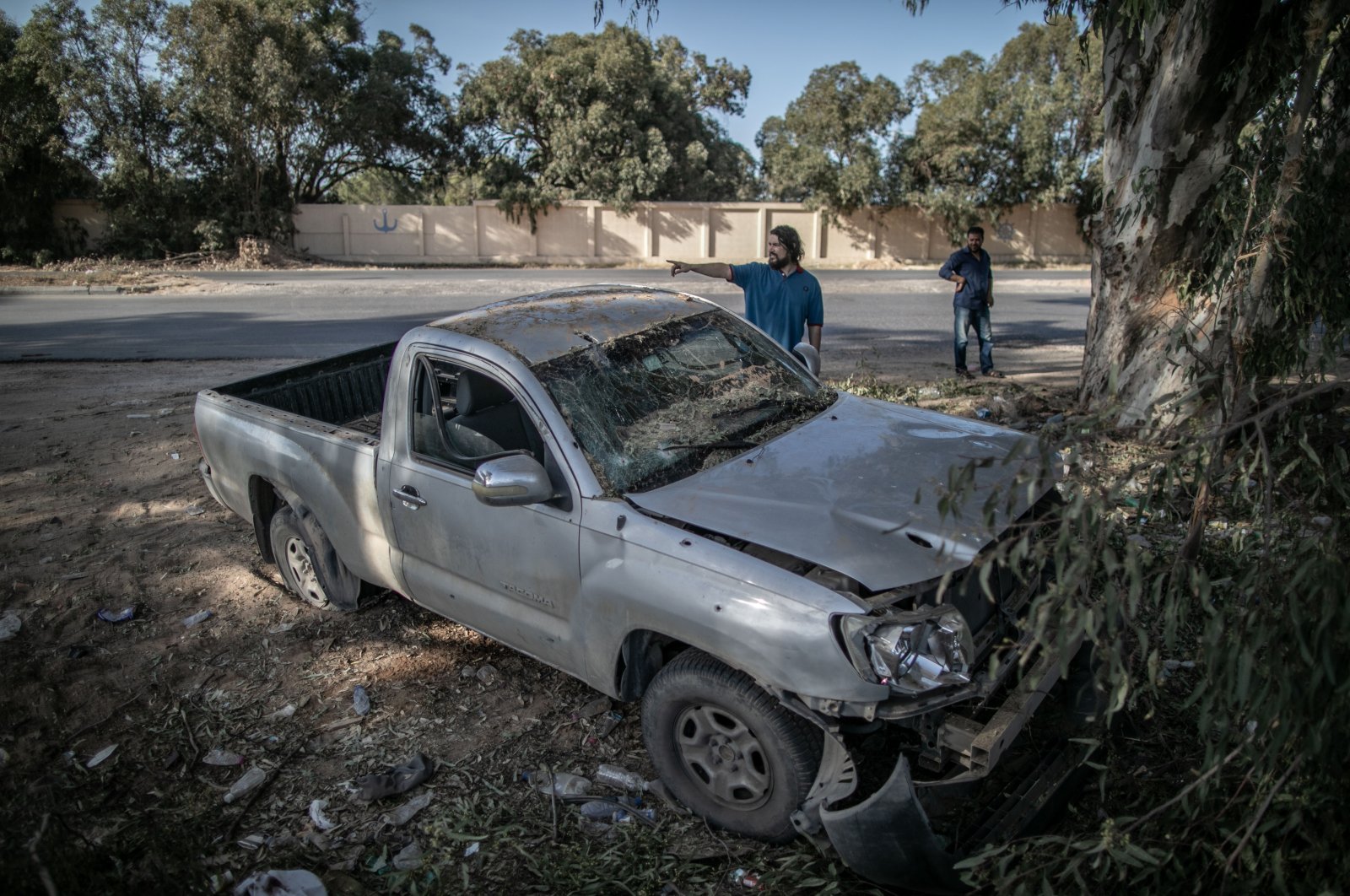 Since April 2019, the U.N.-backed Government of National Accord (GNA) has been under attack by Haftar's forces, based in eastern Libya, and more than 1,000 people have been killed in the violence. (AA)
by DAILY SABAH WITH AA May 07, 2020 11:28 am
RECOMMENDED

According to local sources, the mercenaries are expected to fight in the name of Haftar for $1,000 a month, which will strengthen the forces of the putschist general.

A Russian high-ranked commander, alongside a delegation, held a series of meetings on April 24 in Daraa with the Syrian mercenaries in the province. In these meetings, the Russian side presented a renewable three-month-contract which offers $1,000 to each mercenary for aligning with Haftar. While some mercenaries rejected the offer, others accepted it and have already started their work to recruit more mercenaries in Daraa.

These mercenaries, who will be paid by Russia, are expected to be sent to Libya following an accelerated military training in Russian camps in Syria.

This is not the first time that Russia made an effort to transfer Syrian mercenaries to Libya. Last month, in Al Qunaitra, a southwestern Syrian province bordering Israel, Russia made a deal with some 300-400 mercenaries for them to fight for Haftar forces in Libya for $1,000 per month. Currently, the training of the mercenaries from Al Qunaitra is still ongoing.

Following the ouster of late dictator Moammar Gaddafi in 2011, Libya's government was founded in 2015 under a United Nations-led political deal. Since April 2019, the U.N.-backed Government of National Accord (GNA) has been under attack by Haftar's forces, based in eastern Libya, and more than 1,000 people have been killed in the violence. In the past few weeks, the GNA has made significant gains against forces loyal to warlord Haftar, supported by France, Russia, the United Arab Emirates and Egypt, while some provinces announced their support for the official government after months of bombing and shelling by Haftar on civilians, hospitals and schools.

Currently, there are many mercenaries fighting in the conflict who have been brought from Chad, Sudan and Russia. So far, the Janjaweed militia from Sudan, which carried out the fearsome slaughter campaign in Darfur in the 2000s, and mercenaries from Chad, have participated in the war in Haftar's ranks. Previously, the Russian Wagner group, which is owned by businessman Yevgeny Prigozhin, a figure close to Russian President Vladimir Putin, also sent mercenaries to fight in Libya.

According to a recent report by Bloomberg, Wagner brought 1,400 mercenaries and 25 Russian pilots to train Haftar forces in Libya. In October 2019, the GNA announced that 35 Wagner mercenaries were killed in an airstrike in southern Tripoli. The Russian Meduza website confirmed the information, stating that most of the killed militia were from Russia's Krasnodar, Sverdlovsk and Murmansk regions.