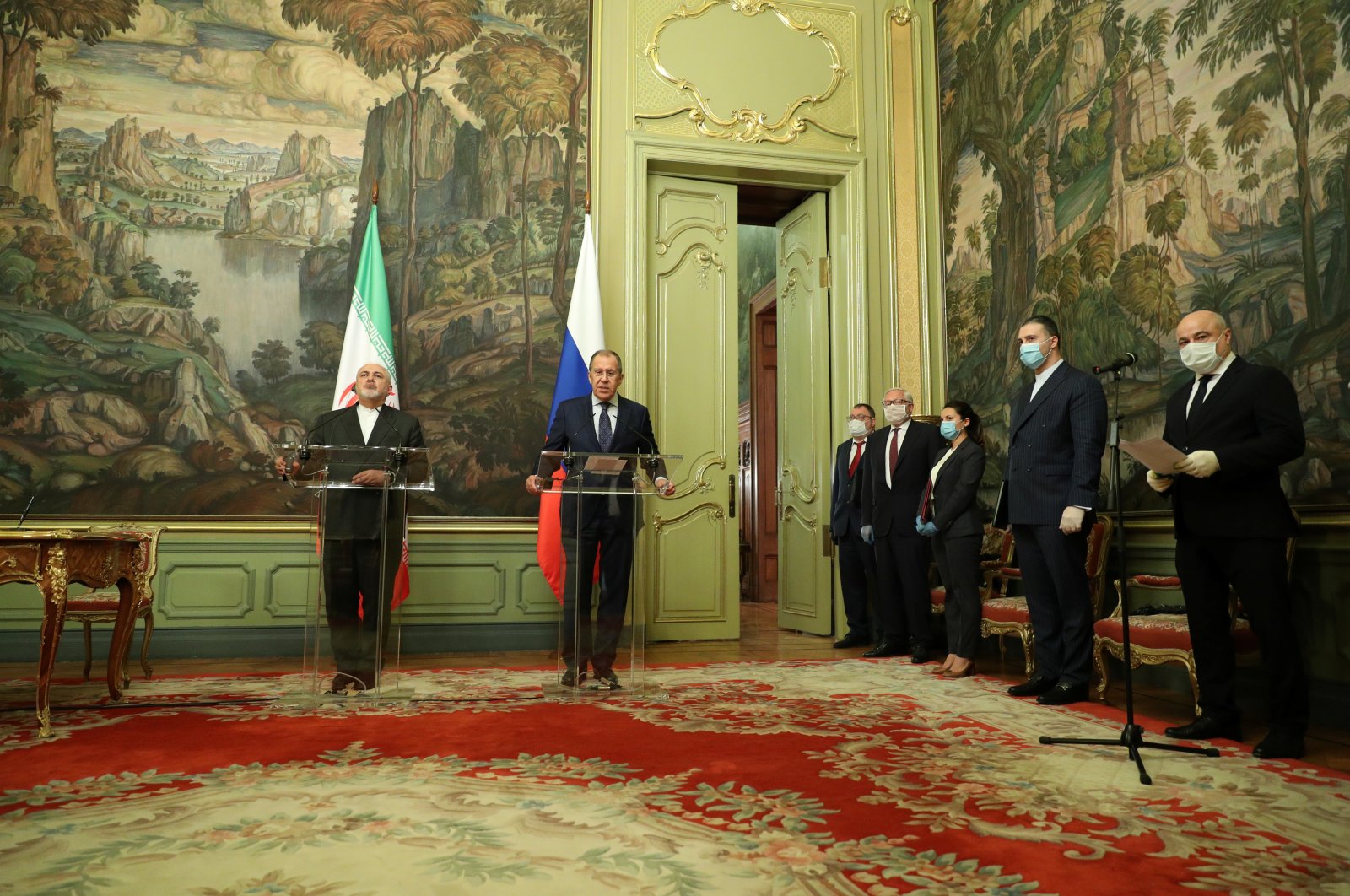 Ankara, Moscow and Tehran have agreed to hold a joint videoconference, followed by a face-to-face meeting to discuss a settlement on Syria, Russian Foreign Minister Sergey Lavrov announced on Tuesday.

The presidents of the three countries will discuss Syrian issues in a videoconference to be followed by a summit in Tehran, Lavrov said at a news conference following a meeting with his Iranian counterpart Mohammad Javad Zarif.

"Today, we can confirm the agreement of three presidents of the Astana format countries on a summit to be held in Tehran with measures to be agreed in line with the situation regarding the coronavirus. We have supported the proposal to hold a video conference before a face-to-face meeting between the three leaders. We will agree on the terms of this videoconference quite quickly, and will announce them soon," the minister said.

According to Lavrov, the videoconference may take place before a gathering of the Syrian constitutional committee.

For his part, Zarif said he hoped that the videoconference would be held by August.

Asked about Iran's view on the situation in Libya, Zarif said Tehran supports Russian and Turkish efforts in the country aiming to end the conflict.

"We support the efforts that Russia and Turkey are making to end the conflict in Libya, and we hope that the legitimate government in Libya will be able to bring calm to the people of Libya," he said.

For his part, Lavrov said Russia's approach to the Syrian conflict could be applied to Libya, as its main aim was to prompt the conflicting parties to hold talks and provide the necessary conditions so that they could find common ground.

"The only thing left is to do is to convince all Libyan parties that they should sit down at the table and start negotiations. We are currently working on this," he said.

Libya has been torn by civil war since the ouster of late ruler Muammar Gaddafi in 2011. Libya's new government was founded in 2015 under a U.N.-led agreement, but efforts for a long-term political settlement failed due to the military offensive by putschist Gen. Khalifa Haftar's forces.

The internationally recognized government has been under attack by Haftar's forces since April 2019, with more than 1,000 killed in the violence.

In March, Libya's U.N.-recognized Government of National Accord (GNA) launched Operation Peace Storm to counter attacks on the capital and recently regained strategic locations, including the Al-Watiya air base and the strategic city of Tarhuna.

While the GNA is backed by Turkey and its ally Qatar, Haftar is supported by Russia, United Arab Emirates and Egypt.