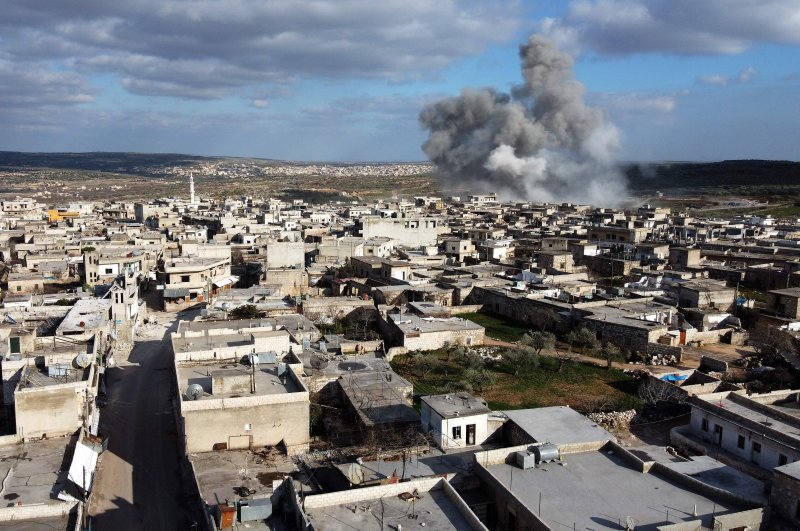 Smoke plumes rise following aerial bombardment on the village of Balyun in the southern part of Syria's northwestern province of Idlib, March 2, 2020. (AFP Photo)
by DAILY SABAH
Mar 03, 2020 10:13 am

At least 12 civilians, including five children, were killed in airstrikes carried out by the Syrian regime in the northwestern province of Idlib, local sources said Tuesday.

This attack came one day after airstrikes were launched in an effort to regain control of a key town from opposition forces, civil defense groups said late Monday.

Meanwhile, Russian warplanes carried out several attacks on Idlib frontlines and some civilian structures, including in the Fua village.

Initial reports by the civil defense sources suggested nine civilians were killed and many others wounded on Monday.

The Syrian Observatory for Human Rights, a Britain-based war monitor, said forces loyal to the Bashar Assad regime had taken back control of Idlib’s strategic Saraqib district, adding that clashes around the district continued Monday evening.

Since Saturday, moderate opposition forces had reclaimed control of the Anqawi, al-Qahira, al-Manara and Tal Zajran villages in the Hama countryside, along with the villages of al-Halluba, Kukfin, Kafr Avid, Sfuhan and Fattara in southern Idlib.