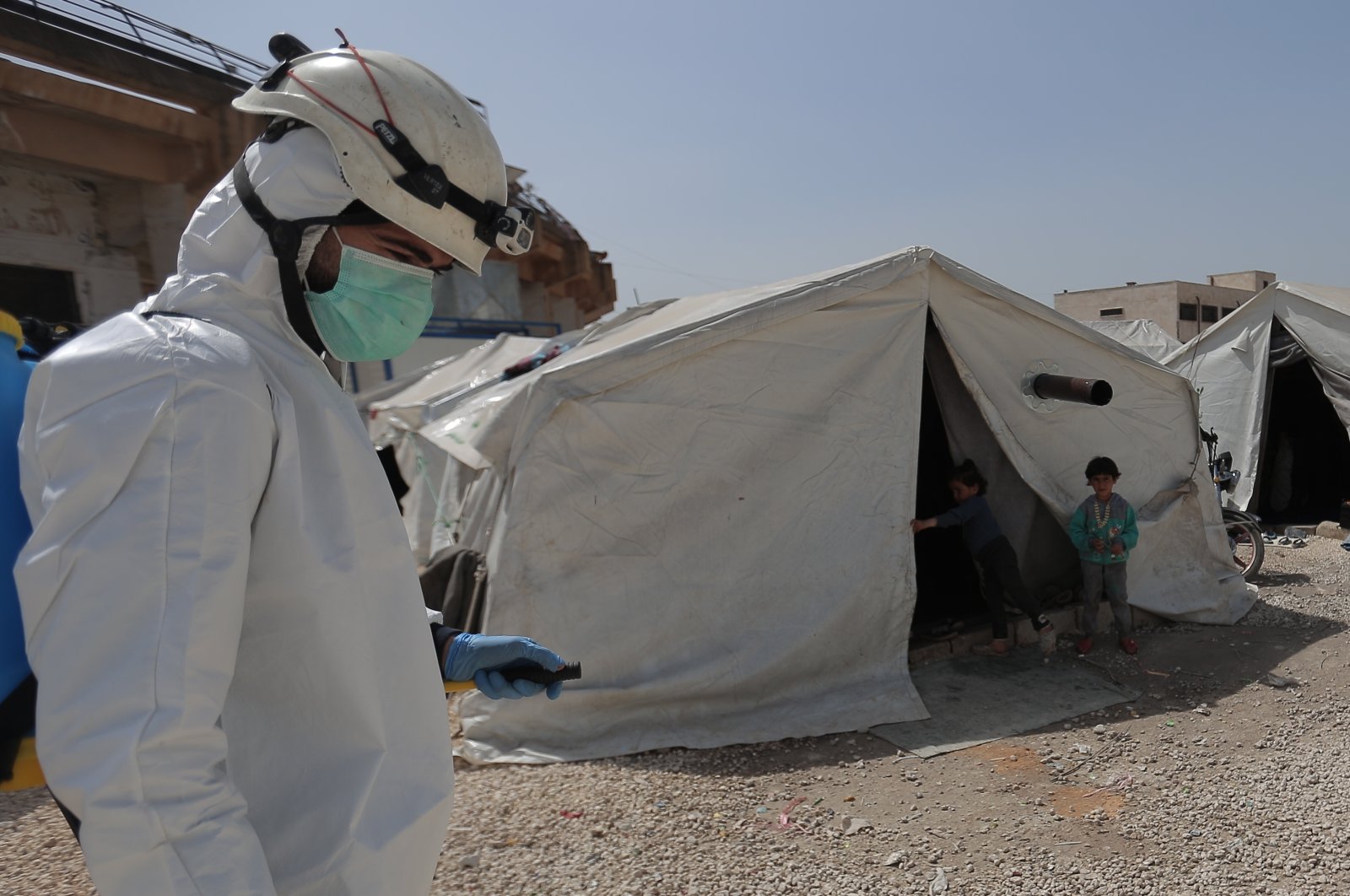 Attacks carried out by the Bashar Assad regime and its backer, Russia, have put millions of Syrians at risk of contracting the new coronavirus by driving them into displacement, the White Helmets civil defense group said, adding that the group’s efforts to prevent and raising awareness continues in Syria’s northwest.

“All segments of society are at risk of contracting the coronavirus, and they have the right to access prevention information to stay out of danger. Our White Helmets teams work to reach them all and provide important brochures and advice on infection symptoms and prevention methods,” the civil defense group wrote Sunday on Twitter, underlining that the group worked in cooperation with educational, medical and civil society organizations.

“Russian and regime's immoral and inhumane campaigns against Syrians driving them into inhospitable tent life have put more than 4 million civilians at risk of the impending disaster of the spread of Coronavirus in northwestern Syria,” it stated further.

Syria confirmed the country's first death from the novel coronavirus on Sunday. The Assad regime's health ministry said that a woman, who died after being rushed to the hospital for emergency treatment, was found to have been infected by the coronavirus in the first officially reported death from COVID-19, the disease caused by the virus.

In addition to the death, the Syrian regime has officially reported nine other coronavirus cases, although medics and witnesses say there are more.

Fears are high that the virus could spread rapidly among the war-battered country's most vulnerable communities.

The violence-plagued northwest, where around 1 million people have been displaced by conflict since December alone, is particularly vulnerable.

“Given the vulnerability of people in northwest Syria, avoiding the spread of the virus in northwest Syria is crucial,” the U.N. Office for the Coordination of Humanitarian Affairs (OCHA) stated Saturday in a report.

“While displacement has reportedly stopped, the humanitarian needs of those who have been displaced as well as the pre-existing needs of the wider community remain as high or higher than at any other point in the conflict. It is vital that humanitarian support to northwest Syria continues to scale up, not down, including emergency support from donors for both the COVID-19 preparedness and response and the previously existing emergency needs,” it added.