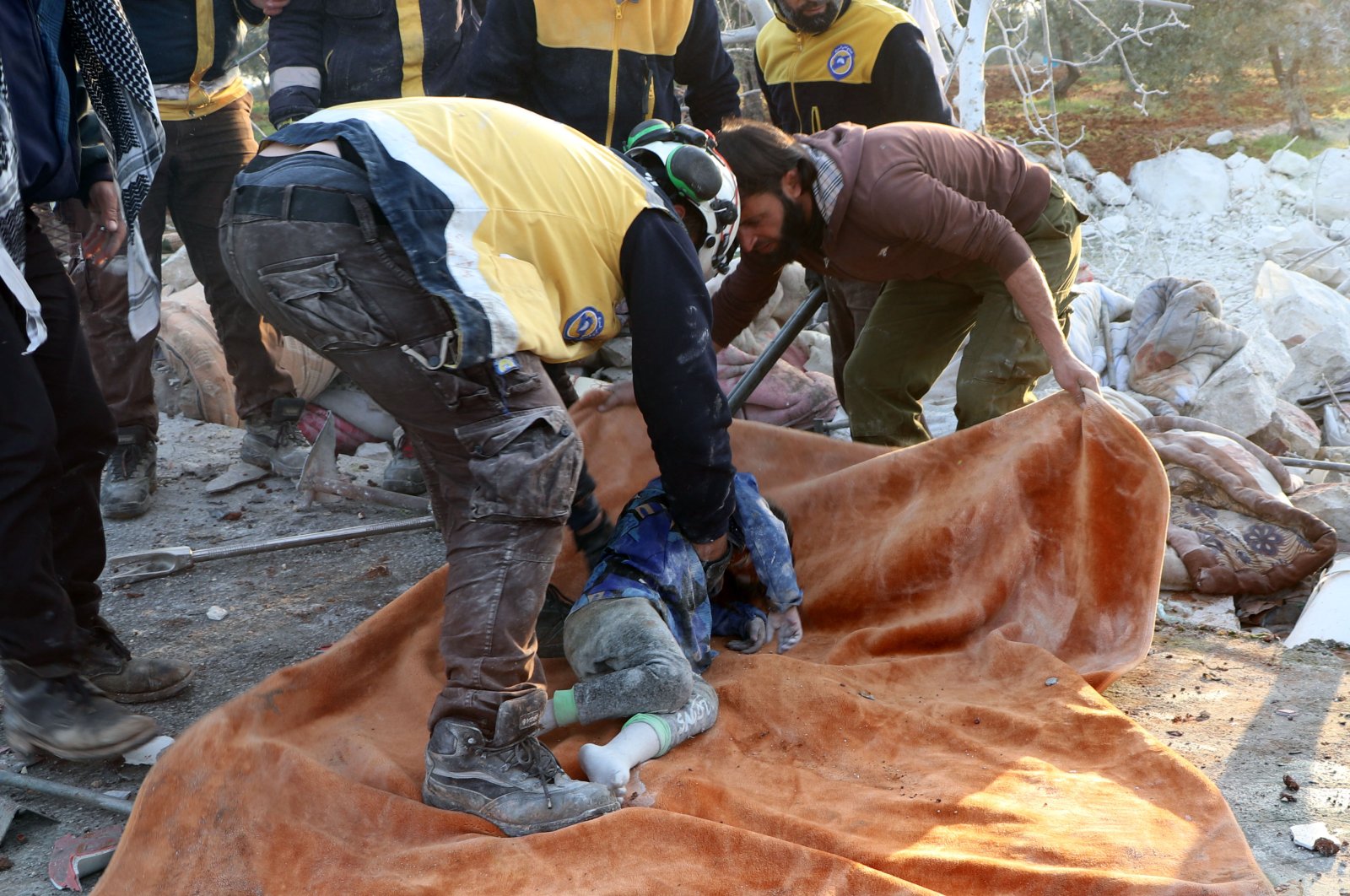 At least 16 civilians – including one child – were killed in rural Idlib during Russian airstrikes. (DHA Photo)
by Daily Sabah with Agencies Mar 05, 2020 10:05 am
RECOMMENDED

At least 16 civilians died Thursday in Russian airstrikes in the northwestern Syrian province of Idlib.

The strikes after midnight targeted an area where displaced Syrians had gathered outside the town of Maaret Musreen in Idlib province, the Syrian Observatory for Human Rights said.

The strikes destroyed the poultry farm where the displaced families had been living.

The White Helmets civil defense group said 16 civilians, including five children, were killed and 18 others injured in the attacks.

Search and rescue efforts are underway in the area. It was reported that the toll was likely to increase as many wounded were in a critical state.

The activists blamed Russian warplanes for the strike on Maaret Musreen village, which is home to thousands of internally displaced people.

A young man who said he survived the attack told The Associated Press (AP) that he was inside a building with his father when the airstrike hit. He suffered a minor injury to his face. He said he called out and searched for survivors and that an ambulance arrived at the same time as his father made it out of the destroyed building.

Paramedics were seen removing debris before dawn Thursday, using flashlights to reach some of the victims buried under the rubble. Chickens could be seen in the vicinity as the rescue operations took place, according to the AP video.

Photos of the strike posted by the Civil Defense showed paramedics using a bulldozer to remove a ceiling that had apparently collapsed on top of people. Civil Defense said it had finished recovering bodies from under the rubble by Thursday morning.

Such discrepancies on casualty figures are not uncommon in the immediate aftermath of attacks in Syria.