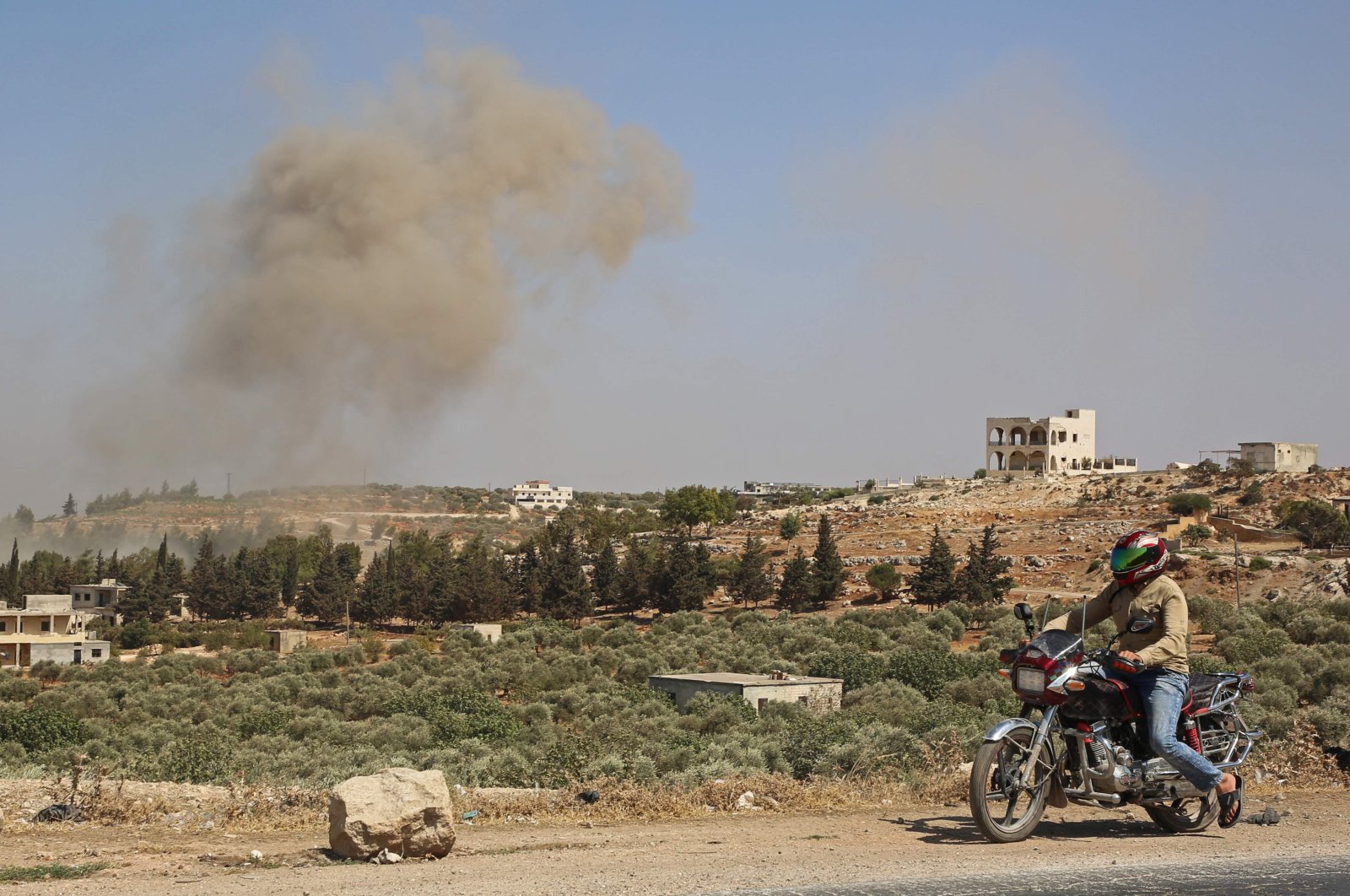 Smoke billows following a reported Russian airstrike on the western outskirts of the Syrian province of Idlib, Sept. 20, 2020. (Photo by AFP)
by Daily Sabah with DHA Sep 20, 2020 3:01 pm
RECOMMENDED

Russian warplanes on Sunday carried out airstrikes on residential areas in the west and south of northwestern Syria’s Idlib.

The planes took off from the Hmeimim military air base in Latakia and specifically targeted residential areas. The sound of explosions was heard from Turkey's southern border district of Reyhanlı in Hatay. In a total of 28 airstrikes, two civilians were injured.

As a result, Turkey, which has the second-largest army in NATO, has sent troops and equipment into the region to stop the Syrian regime's advance. Currently, Turkish soldiers are stationed in the region to protect the local population and keep out various terrorist groups.