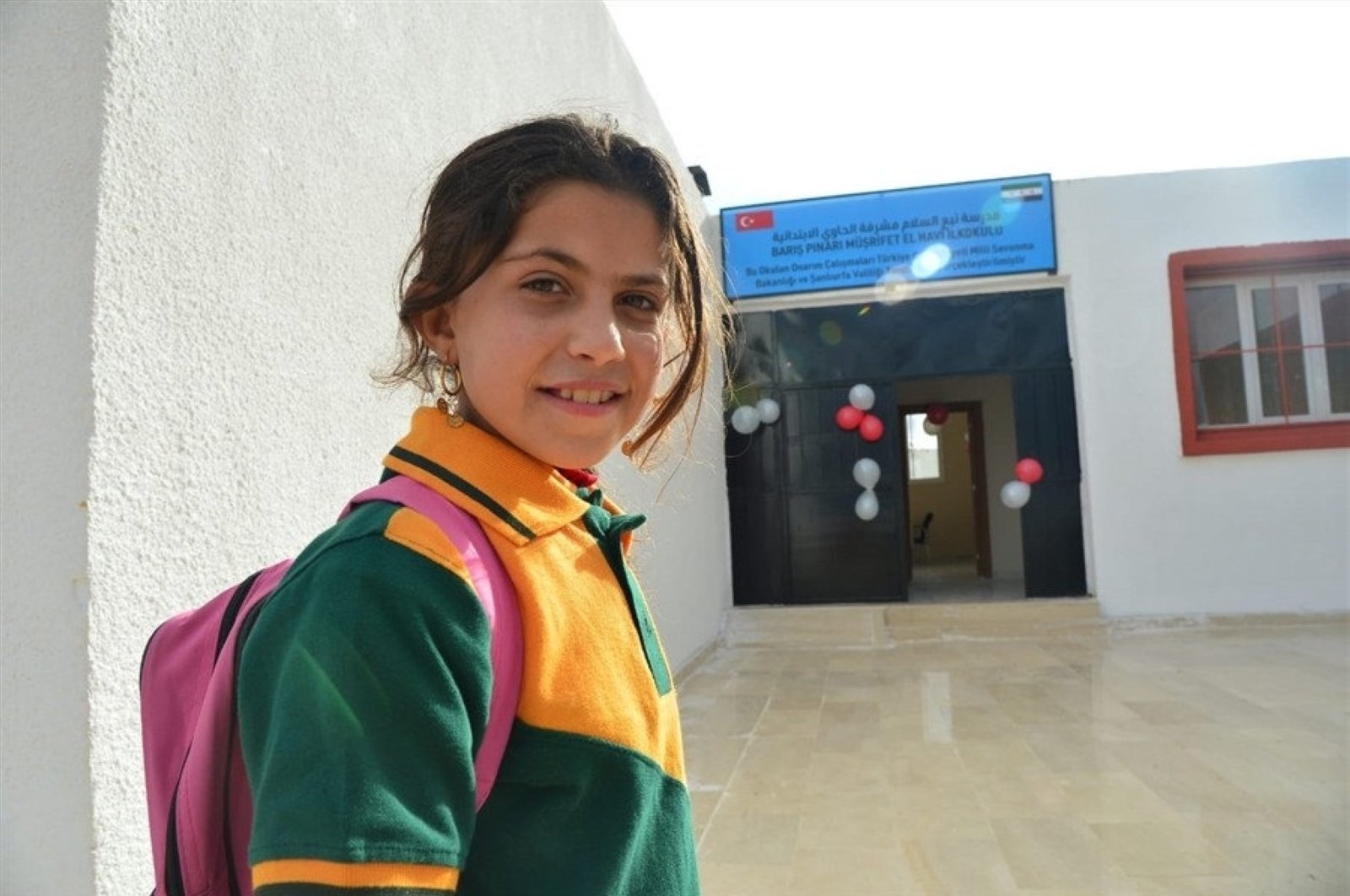 A school that was damaged by YPG/PKK terrorists is ready to host students after being restored by Turkey, Dec. 4, 2019. (IHA Photo)
by DAILY SABAH WITH AA Aug 25, 2020 4:08 pm
Edited By Dilara Aslan
RECOMMENDED

A primary and secondary school in Syria’s northern Tal Abyad province, which was cleared of YPG/PKK terrorists, is ready to welcome students following joint restoration and maintenance by Turkey and a Pakistani association.

The restoration of the Şeyh Ahmet Yasin primary and secondary school was carried out by Turkey's Şanlıurfa governorate and a Pakistani association. During the opening ceremony, Tal Abyad Education Minister Samer Hamdo on Tuesday pointed out that preparations to open other schools for the upcoming educational semester continue.

“Around 50 students attended the opening. The actual capacity of this school is 700. All the furnishing of the school is new. The chairs match the students’ age category,” Hamdo stated, adding that schools across the country will open on Sept. 21.

Tal Abyad is populated to a great extent by Arabs and was occupied by the Daesh terrorist group in 2014. A year later, the YPG/PKK occupied the city with the support of the United States. Tal Abyad was cleared of terrorists as part of Turkey's Operation Peace Spring on Oct. 13. Since then, locals have gradually returned with humanitarian aid being provided with the help of the Turkish Armed Forces (TSK) and the Turkish Red Crescent.

However, despite civilians' return, the majority of the province's population suffers from poverty, homelessness and unemployment due to the destruction caused by the war.

In order to ease the suffering of the locals, various Turkish aid organizations launched a mobilization work, intensifying their efforts in the region.

Operation Peace Spring, Turkey's third anti-terror operation, was launched on Oct. 9 to eliminate the YPG/PKK from northern Syria east of the Euphrates to secure Turkey's borders, aid in the safe return of Syrian refugees and ensure Syria's territorial integrity.