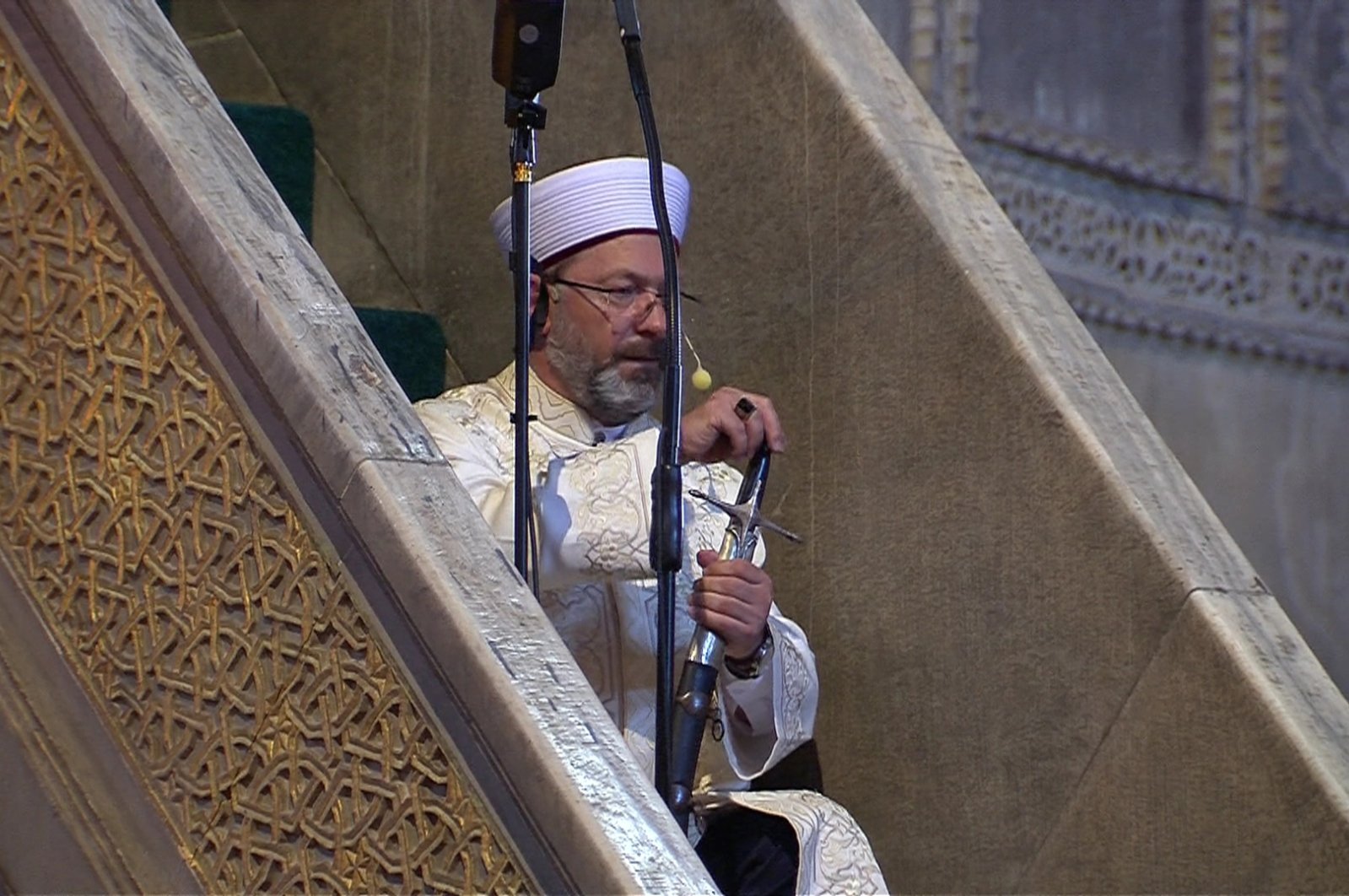 Turkey's religious chief on Friday explained that swords were traditionally held during religious sermons delivered at weekly Muslim prayers as a symbol of conquest.

After leading the Friday prayer at the Hagia Sophia Mosque – the first prayer following its reversion to being a place of Muslim worship – Ali Erbaş told reporters: "Khutbahs (Friday sermons) have been delivered with a sword, without interruption, for 481 years. If Allah permits, we will resume this tradition from now on."

"This is a tradition in mosques that are the symbol of conquests," explained Erbaş, who heads Turkey's Religious Affairs Directorate (Diyanet), adding that the Hagia Sophia Mosque is one of those symbols of conquest.

"I hope many people pray in this mosque ... learn their religion here. We'll try to restore the Hagia Sophia Madrassa to function as it did during its magnificent years with Quran lessons in every single corner of the mosque.''

''Mosques also function as schools. Just as our prophet was able to raise his companions in mosques, we are trying to raise our youth and children in mosques," Erbaş added.

Besides functioning as a mosque, the Hagia Sophia Grand Mosque is also among Turkey's top tourism destinations for domestic and foreign visitors.

In 1985, during its time as a museum, the Hagia Sophia was added to the UNESCO World Heritage List. President Recep Tayyip Erdoğan and other Turkish leaders had long advocated its restoration to a working mosque, open for worship.

On July 10, a Turkish court annulled a 1934 Cabinet decree that turned Hagia Sophia into a museum, paving the way for its use as a place of worship.

The architectural treasure is also open to domestic and foreign tourists free of charge.