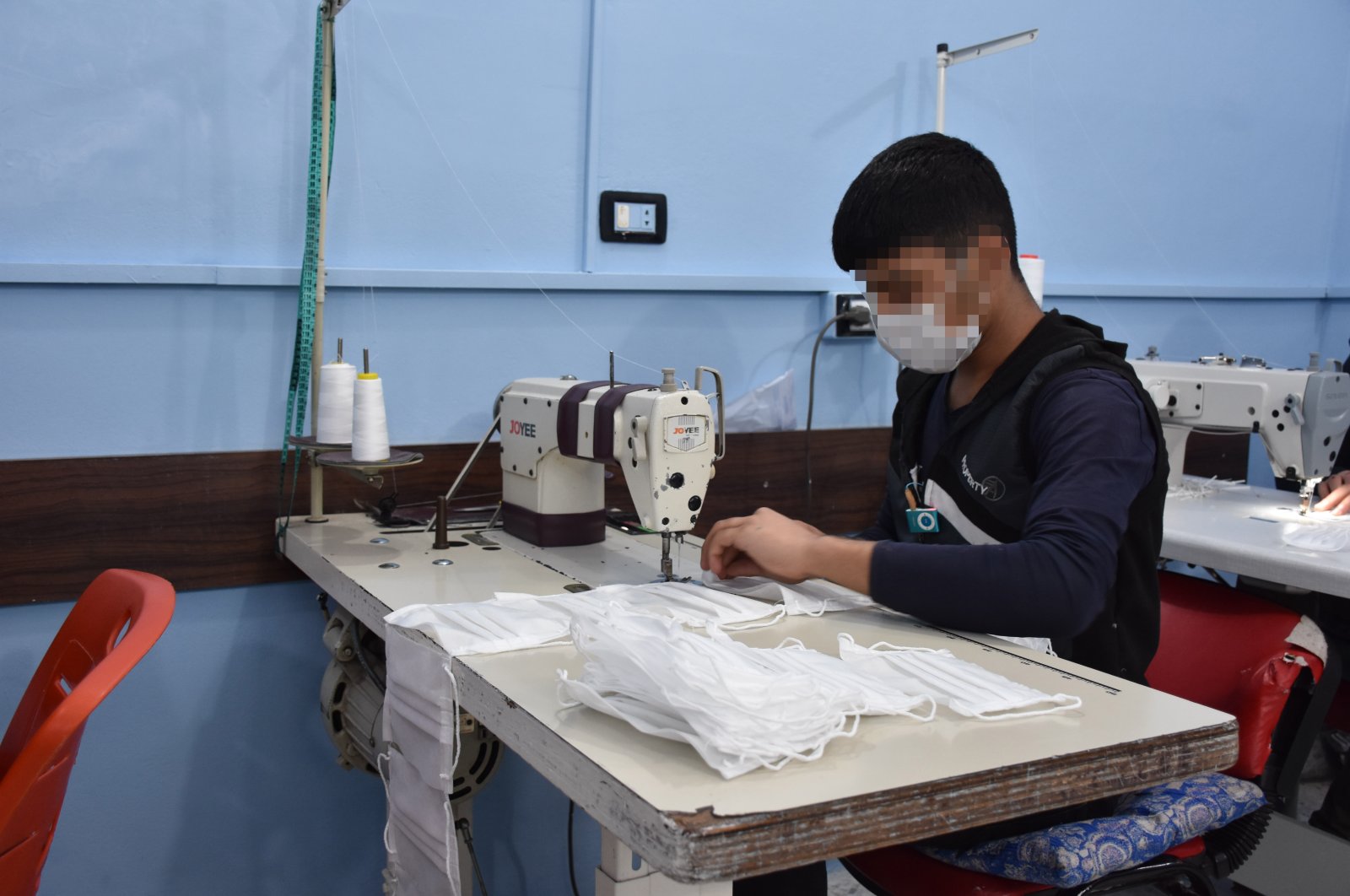 An association of Turks living in the Netherlands and the Turkish Youth and Sports ministry established a shoe-making and tailoring atelier in Syria's north, Feb. 3, 2021. (AA Photo)
by Daily Sabah with AA Feb 03, 2021 3:50 pm
RECOMMENDED

A shoe-making and tailoring workshop was established in a prison in Syria’s northern al-Rai town with the coordination of Turkey’s Youth and Sports ministry and an association of Turkish people living in the Netherlands.

The project was created to contribute to the vocational development of prisoners in al-Rai, located close to southern Turkey’s Kilis province.

It is estimated that around 100 detainees will receive a certificate of mastership before year's end. Officials from the ministry and the Sumud association attended the opening ceremony of the workshop while the association also distributed blankets, boots and jackets to 200 Syrian families in northern Azaz.

Amjad Khatib, head of al-Rai prison, thanked the association and was quoted by Anadolu Agency (AA) as saying: “Thanks to these workshops, the prisoners will acquire a profession which will help them adapt to life when their prison time ends.”

Since then, Turkey has been supporting every aspect of life in the region, from health and education to security and agriculture. In this respect, efforts to clear bombs and improvised explosive devices (IEDs) were launched and administration duties were given to local councils. The country also rolled up its sleeves to reconstruct hospitals, schools, mosques and roads destroyed by the YPG. Within the scope of ameliorating the region's damaged social infrastructure, people were given food and clothing by several nongovernmental organizations (NGOs) while roads and buildings were rebuilt.