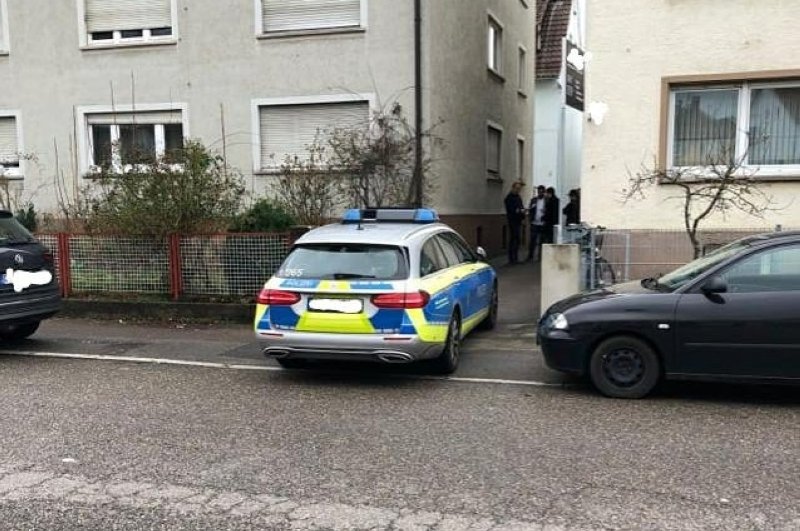 Unknown suspects fired shots in front of a house belonging to family members of a representative for the Turkish-Islamic Union for Religious Affairs (DİTİB) in Germany, the country’s largest Islamic organization announced Sunday.

The Turkish-Muslim umbrella group DİTİB said in a statement that its Secretary-General Abdurrahman Atasoy’s family house in the southwestern city of Heilbronn was targeted in a suspected shooting incident on Saturday night.

The unknown suspect(s) fired shots in front of the house after Atasoy arrived to visit his sister and brother, and then fled the scene. No one was injured.

"After the terror in Hanau, five bomb threads against DİTİB mosque communities, broken car windows of DİTİB representatives – including mine – suspicions arise these are targeted and coordinated attacks against representatives of Muslims," Atasoy said on Facebook.

Atasoy told Anadolu Agency that the local police did not take the incident seriously and only arrived at the house following a phone call from the Interior Ministry.

"You are not the only one; don't act up like that. You have to wait," Atasoy said, recounting the emergency call with the police.

The police arrived at the scene the next morning and found five metal bullets on the ground and launched an investigation.

DİTİB said the rising number of racist attacks targeting people with a migration background and their religious and cultural institutions in recent weeks has been a growing concern for them.

"We are expecting from the police, judiciary and the politicians to take these threats more seriously,” the group said in a statement.

The far-right attacks with anti-Muslim sentiments are not a new phenomenon in Germany as the country has seen a series of them in recent years. The latest of these types of attacks came on Wednesday night, as a German far-right extremist attacked two cafes and killed nine people with a migrant background in the western town of Hanau.

Four people with Turkish roots died in the racist terror attack. One Bosnian, one Bulgarian, and one Romanian lost their lives in the attack, as did a dual German-Afghan national.

The tolerant political climate under the pretext of freedom of speech helped far-right sympathizers with violent tendencies expand their support.

German Interior Minister Horst Seehofer acknowledged the incidents as "terrorist attacks." Speaking in Berlin on Friday, he noted that it was the "third right-wing terrorist attack in just a few months." "Danger from right-wing extremism, anti-Semitism and racism is very high in Germany," Seehofer said.

The funeral of three of the Turkish victims of the attack were held on Monday. Gökhan Gültekin's and Fatih Saraçoğlu’s funerals took place in Turkey, in the Ağrı and Çorum provinces, respectively. Sedat Gürbüz’s funeral took place in Hanau.

Meanwhile, the protests in the province continue against the far-right movements with the participation of thousands of people. Several thousand people came together in Hanau on Sunday.

"It is important for us to fly the flag against terrorism, xenophobia and anti-Muslim racism," co-organizer Teyfik Özcan said during the protest. "Our message is: We are Germany. We belong together," he added.

An initiative made up of associations from Hanau had called for the commemoration of the victims Sunday at a rally and a march from the crime scene in Kurt Schumacher Platz to the town's market square. According to initial police estimates, around 6,000 took part in the march.

Some held up signs saying: "Love for everyone. Hate for no one." Turkish flags and photos of those killed were also on display.

On Saturday, around 6,000 people remembered the victims in a procession through the town in a separate event.

Mayor Kaminsky called for prudence in dealing with online sources about the attack in Hanau.

The origins of speculation should be critically questioned, he said in a message published on Sunday. Kaminsky warned, among other things, of conspiracy theories spread in online video messages.

Figures show a 320% rise in racist terrorism in the West in the past five years. Under the pretext of "Islamization" of the countries they live in, racist terrorists went from attacks on mosques to mass killings.

Germany has witnessed growing racism and Islamophobia in recent years, fueled by the propaganda of neo-Nazi groups and the far-right Alternative for Germany (AfD) party.

A country of over 80 million people, Germany has the second-largest Muslim population in Western Europe after France. Among the country’s nearly 4.7 million Muslims, 3 million are of Turkish origin.