Soldier killed, 2 others injured in Haftar militia attack in Libya 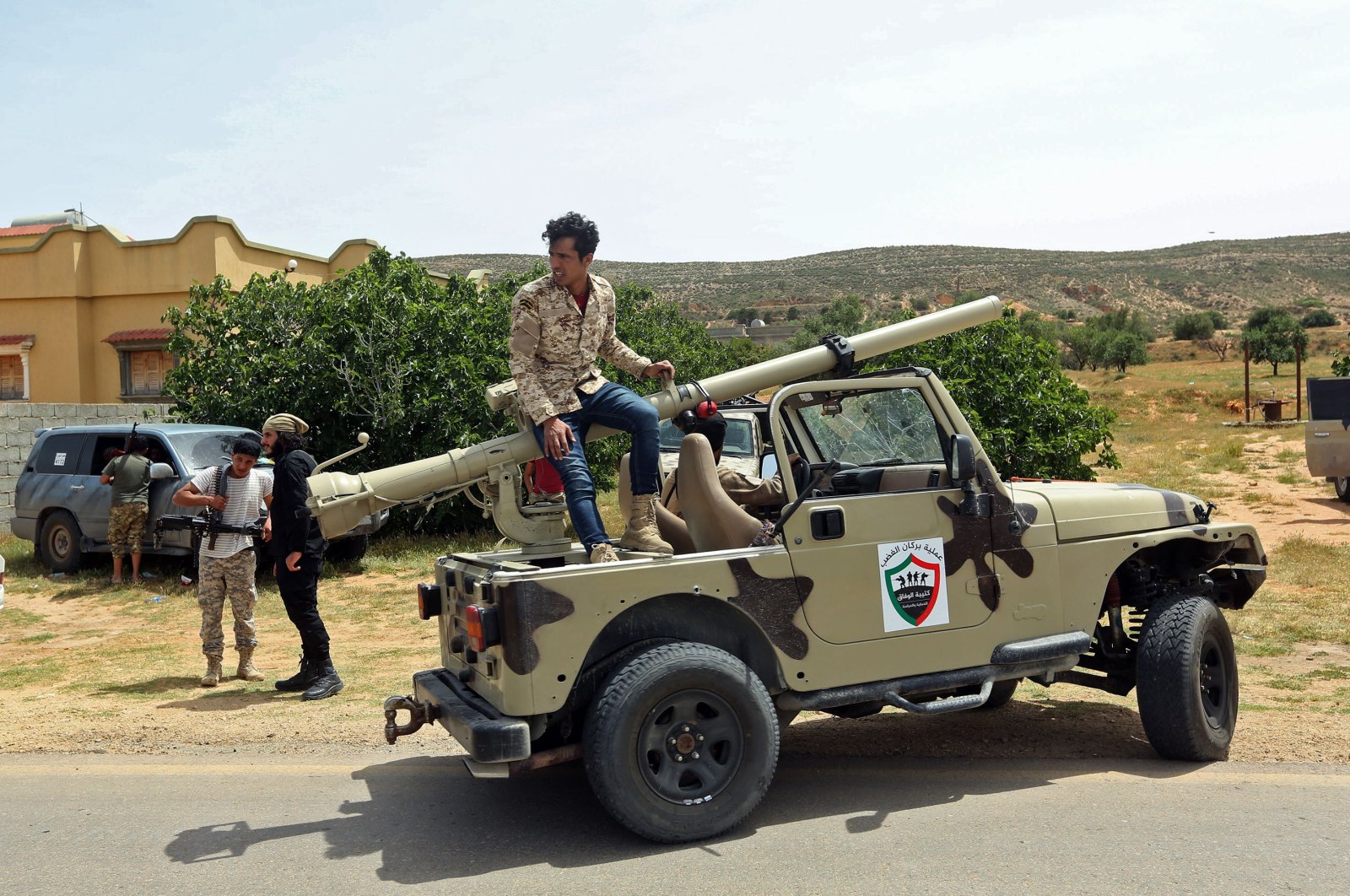 Fighters with Libya's UN-recognised Government of National Accord (GNA) gather at a position near the town of Garabulli, some 70 kms east of the capital Tripoli on April 19, 2020. (AFP)
by Anadolu Agency Apr 20, 2020 10:42 am

One soldier was killed and two others wounded on Sunday in a missile strike carried out by forces loyal to Libya's putschist Gen. Khalifa Haftar.

Amin al-Hashemi, a spokesman for the Health Ministry of Libya's U.N.-recognized Government of National Accord (GNA), told Anadolu Agency that Haftar's forces had launched the attack on a region south of Tripoli.

He said a family living in a building near the location of the attack had been evacuated.

On Saturday, GNA forces launched a military operation to recapture Tarhuna, a town of strategic value for Haftar as his last major stronghold in the area surrounding Tripoli.

Tarhuna is a major focal point for Haftar's militias in their onslaught against Tripoli and is vital to supply lines from the Al-Jufra airbase.

The GNA has been under attack from Haftar's forces since last April, with more than 1,000 killed in the violence. The government launched Operation Peace Storm on March 26 to counter attacks on the capital.