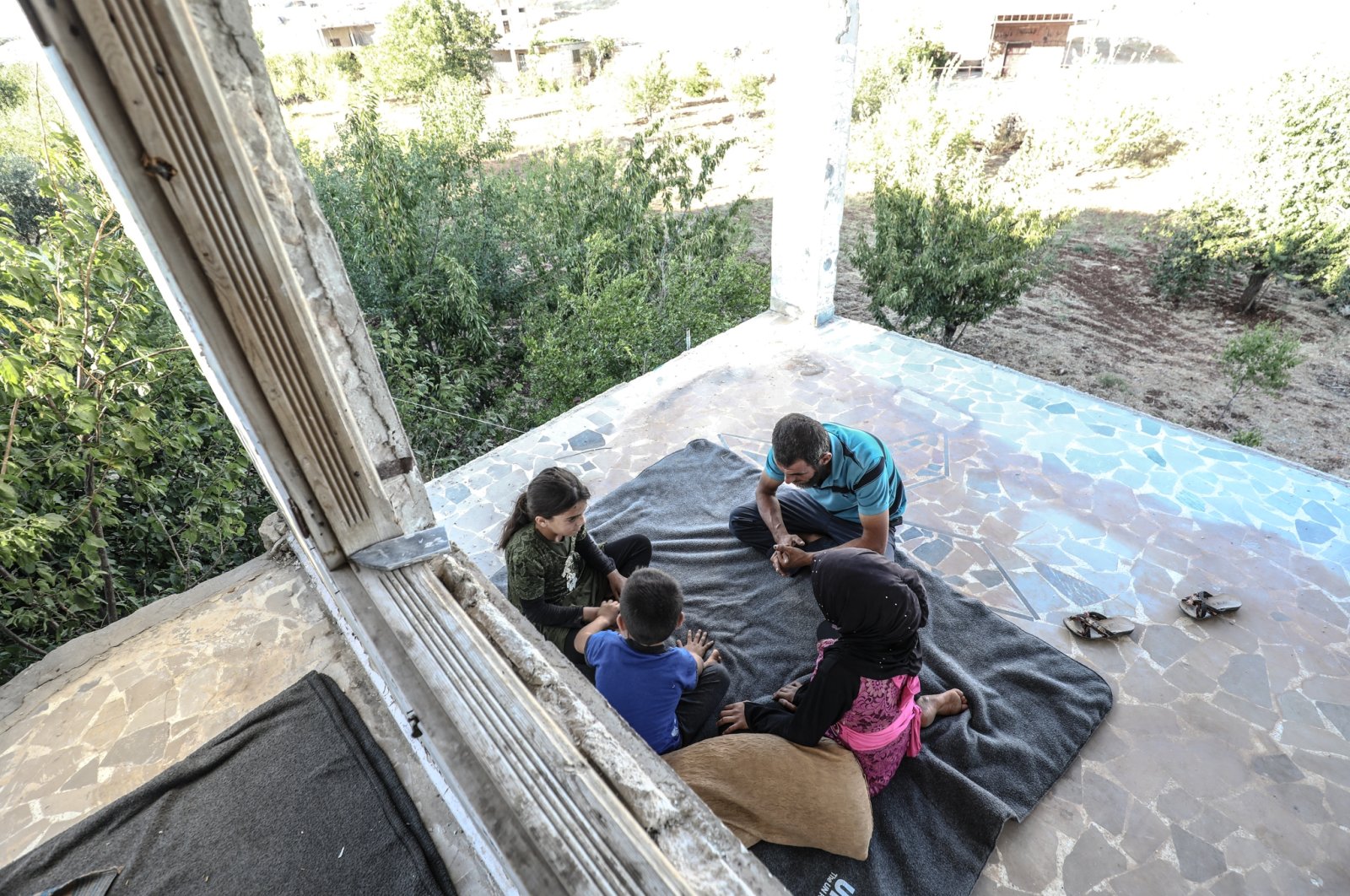 Despite taking refuge in camps near the Turkish border after escaping attacks by the Bashar Assad regime, a Syrian family was forced to return to their wrecked home because the conditions there made it impossible for them to survive.

Speaking to Anadolu Agency (AA), Bilal al-Zennub said that because the environment in the refugee camp was too difficult to handle, he, along with his wife and three children, decided to risk their lives by returning to their home heavily damaged by Syrian regime offensives in Bara village.

Struggling to live alongside countless other displaced people in the country's northwestern Idlib province, more and more Syrian civilians are returning to their homes, trying to survive in their villages, usually through farming.

"I don't have any income. I have lots of needs. I was staying in the camos in difficult conditions, I couldn't live like that," Zennub expressed, adding that there were no jobs in the camp available for him to do.

"When we returned to our wrecked home, our children were scared a bit and cried. But they have gotten used to it now. In the end, there is no place like home," he underlined.

His seven-year-old son Mohammad agreed with his father, saying that despite being ruined, their home is more beautiful than any camp. "We are running, playing around here," he said, expressing his happiness.

In Syria's northwest, some 3 million people are trapped in a shrinking opposition stronghold battered by months of bombardment, especially in Idlib. The region's population has gradually increased with many people running from regime offensives and terrorist torture. The displacement of civilians has intensified since mid-December, however, when Russian-backed Assad forces started a new assault to seize the province. It is estimated that over 1 million Syrians have moved near the Turkish border due to intense attacks over the last year, with about half of those coming since November 2019. After tensions heightened, Russia and Turkey in March reached an agreement to halt the violence and the flow of displaced people.

The camps in northwest Syria are densely populated, and there is insufficient relief reaching them. Health and education sectors struggle to provide needed services. Even as nongovernmental organizations, the United Nations, Turkish institutions and other groups work to help civilians survive in the war-torn country, especially against the threat of coronavirus, there is simply not enough aid.