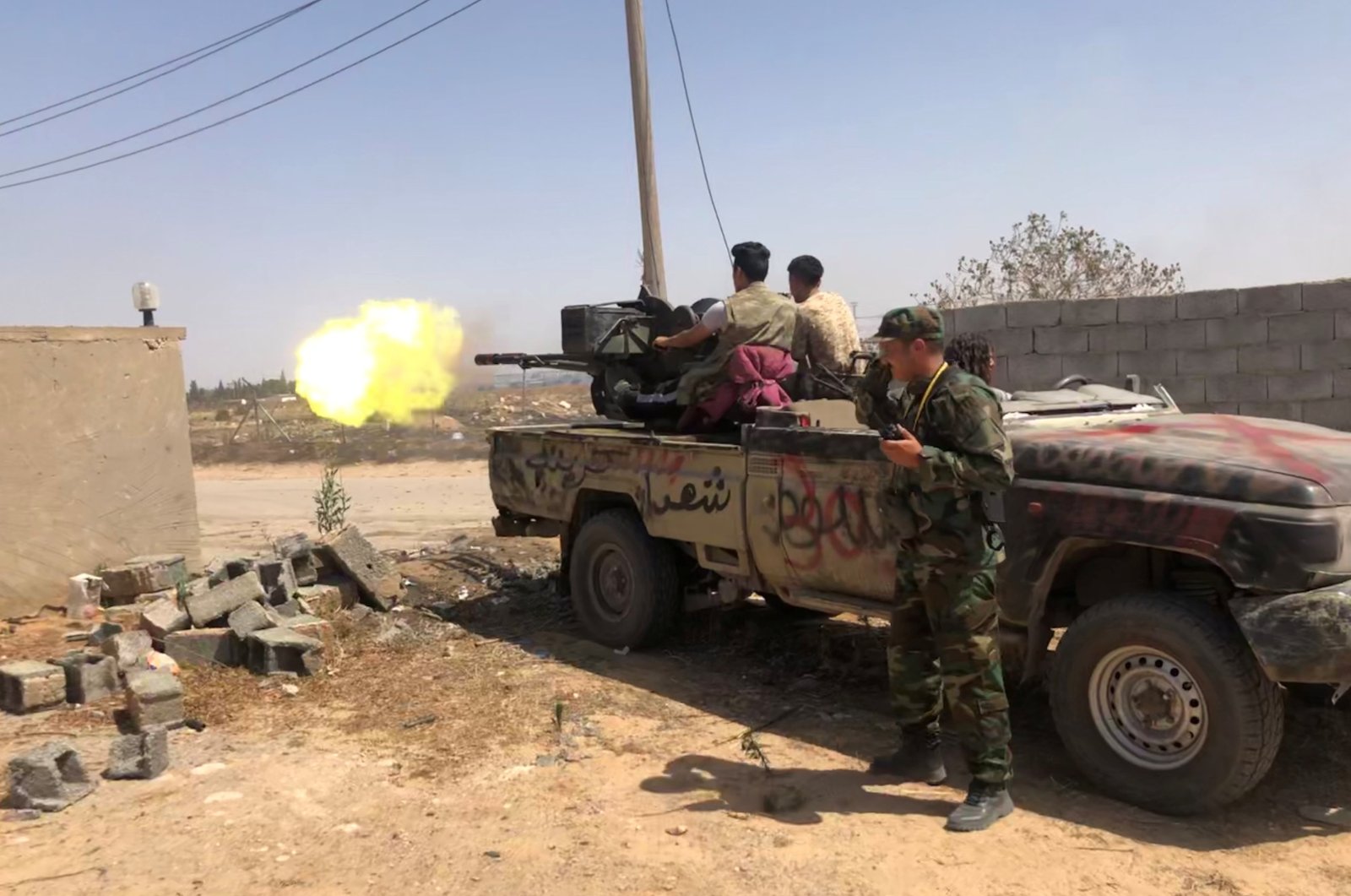 The Janjaweed militia from Sudan with 70 armed vehicles is headed toward the key Libyan province of Sirte as putschist Gen. Khalifa Haftar continues his military buildup around the city with the support of his foreign backers.

The official social media account of the Libyan government’s Operation Volcano of Rage stated that the Sudanese mercenaries were seen in the Brega district east of Sirte. The report added that the forces were on their way to support Haftar.

Sudan, which shares a 330-kilometer (200-mile) border with southeastern Libya, is currently undergoing a fragile democratic transition after massive protests last year pushed the military to topple Omar al-Bashir. The Darfur region remains scarred by war after a rebellion in the early 2000s against al-Bashir was brutally suppressed.

The Darfur conflict erupted in 2003 when black African rebels began attacking government targets, accusing Khartoum of favoring Arabs. The Janjaweed militias were used by the government to suppress the Darfur insurgency, a campaign that drew charges of genocide against its perpetrators.

Musa Hilal, a former Janjaweed militia leader and adviser to al-Bashir, was sanctioned by the U.N. Security Council for his involvement in the Darfur conflict. He has been imprisoned in the capital Khartoum since November 2017.

Meanwhile, Libya in recent years has turned into a regional proxy war, with rival administrations in the east and the west, each backed by armed groups and foreign countries. Sudanese armed groups from the Darfur region have been fighting on both sides of Libya’s conflict, according to a report by U.N. experts.

After Haftar's attempts to invade the capital of the United Nations-recognized Government of National Accord (GNA) failed, his supporters, namely the United Arab Emirates (UAE), Egypt and Russia, rolled up their sleeves to help him in his campaign.

According to sources within the Libyan Army speaking to Anadolu Agency (AA), Russian-made Ilyushin Il-76 cargo planes coming from Syria have been landing at air bases in Sirte, Jufra and Bayda. The increasing traffic of foreign mercenaries and corresponding military buildup indicates that Haftar does not want to settle for political dialogue as a solution to the almost decadelong Libyan civil war. In addition, he has been ignoring various calls made by the international community, including the U.N., the U.S. and Turkey, to engage in negotiations.

The U.S. Embassy in Libya last Saturday underlined it will remain actively involved with both Libyan parties, the GNA in Tripoli and the Tobruk-based House of Representatives of Haftar, if they “reject foreign interference and seek to come together in peaceful dialogue.”

This past January, the U.N.-facilitated Berlin conference on Libya began a political process for a permanent cease-fire, but the meetings ended without reaching a conclusion in February as Haftar left the negotiating table.

The United States African Command (AFRICOM) on July 24 accused Russia of “playing an unhelpful role in Libya by delivering supplies and equipment to the Wagner Group.” Back in May, AFRICOM reported that at least 14 Mig-29s and Su-24s had been flown from Russia to Libya via Syria. AFRICOM had previously provided photographic evidence that Wagner laid landmines and improvised explosive devices (IEDs) in civilian areas in and around Tripoli.

The Russian Wagner Group, which is owned by businessman Yevgeny Prigozhin, a figure close to Russian President Vladimir Putin, sent mercenaries to fight in Libya.

Russia had also been trying to recruit fighters from various Arab tribes in the terrorist YPG/PKK-held Hassakeh province to fight in Libya. A similar transfer of some 600 mercenaries from Syria's Homs province took place earlier.

Turkish Foreign Minister Mevlüt Çavuşoğlu last week said a "durable" cease-fire should mean that the GNA is able to spread its control to the east of Tripoli, in areas currently held by Haftar's forces. That means being able to take control of the strategic port of Sirte, a gateway to the country's oil fields, and Jufra air base to the south. Haftar, he added, "still does not believe in a political solution and can attack ... Tripoli any time."

Since the ouster of late dictator Moammar Gadhafi in 2011, two seats of power have emerged in Libya: one led by Haftar in eastern Libya, supported mainly by Egypt, Russia, France and the UAE, and the other in Tripoli, which enjoys U.N. and international recognition.

Haftar's forces aimed to capture the capital, Tripoli, in an offensive launched in April 2019 but were thwarted by GNA forces. Now, both are focused on the power struggle over Sirte and Jufra.

Sirte briefly served as a stronghold for the Daesh terror group before being liberated by the GNA in 2016. It fell last January into the hands of Haftar's camp. Taking Sirte would open the gate for Tripoli to advance farther eastward and potentially seize control of vital oil installations, terminals and oil fields that forces loyal to Haftar shut down earlier this year, cutting off Libya’s major source of income.

Russian mercenaries have set booby traps in the central city of Sirte to prevent the Libyan Army from advancing into the area, according to GNA sources. Similar tactics were used by Haftar's militias in Tripoli and Tarhuna, which were recently recaptured by the Libyan Army from forces loyal to the warlord.