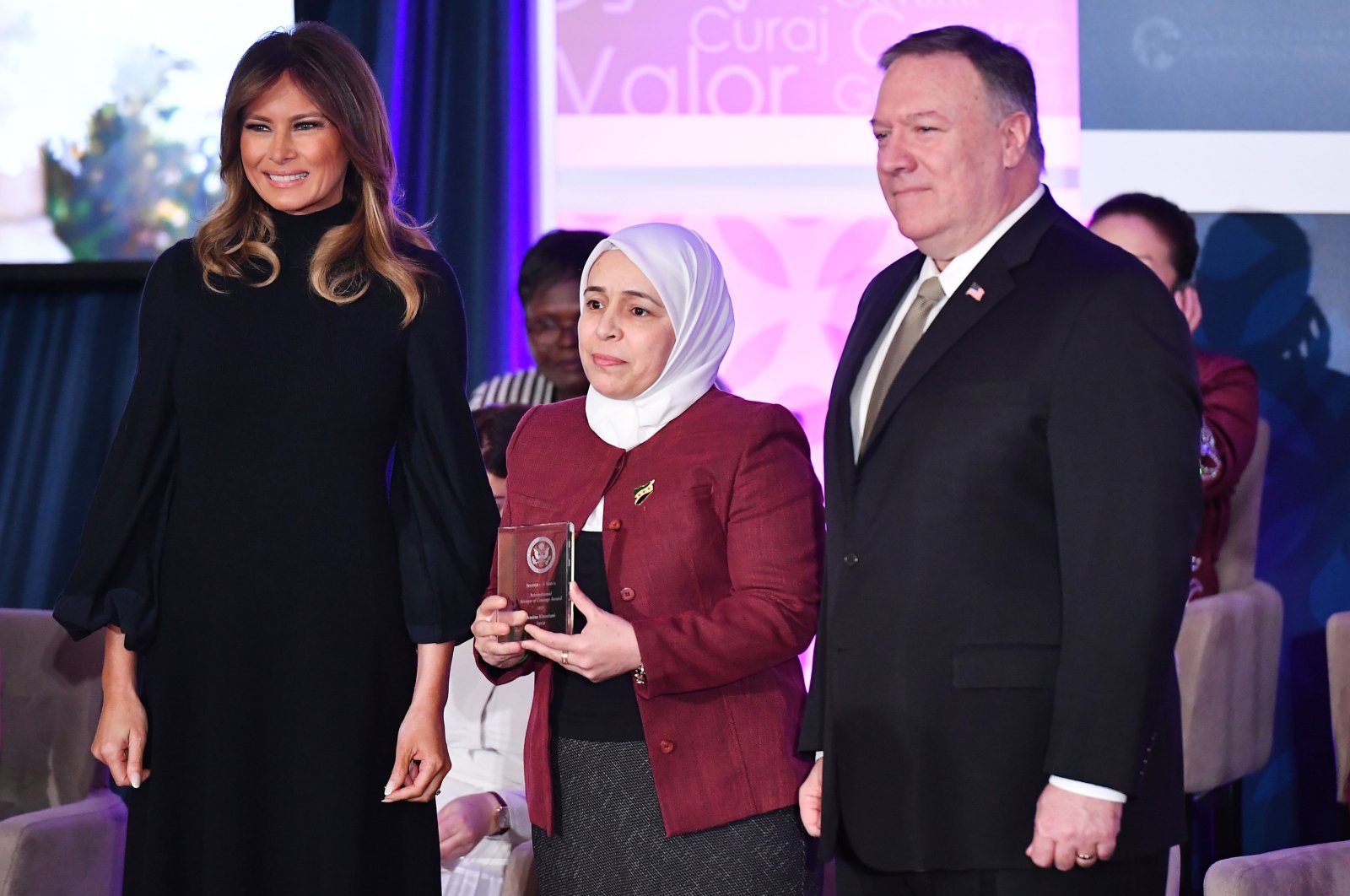 Amina Khoulani, a survivor of the Bashar Assad regime’s detention and torture centers in Syria, received a 2020 International Women of Courage Award.

Held on March 4 in the U.S. capital Washington, D.C., the Annual International Women of Courage (IWOC) Awards at the U.S. Department of State honored 12 extraordinary women from around the world. Khoulani from Syria, a civil rights leader who survived an Assad regime detention center, was among those who received an award at the ceremony.

Khoulani was presented on the event’s website as “a survivor of the Assad regime’s detention and torture centers, which have arbitrarily detained over 140,000 Syrians and has dedicated her life to helping the families of forcibly disappeared Syrians. A long-time civil society activist, she fled Syria in 2014 after her release from prison. She was imprisoned for six months for peaceful activism and her husband detained for two and a half years at the notorious Sadnaya Prison. They survived, but her three brothers died while in regime custody.”

“From this devastating experience, Khoulani rededicated her life to seeking information and justice for the families of the disappeared. She is a founding member of ‘Families for Freedom,’ a women-led movement launched in 2017 by families whose loved ones have been detained and disappeared in Syria. Forced from her home and country, living under constant threat as a refugee without government representation, she continues to advocate for human rights, democracy and peace in Syria,” it added.

A United Nations report last year said that more than 100,000 people in Syria have been detained, abducted or have gone missing during the nine-year conflict, with the regime mainly responsible.

Now in its 14th year, the Secretary of State’s IWOC Award recognizes women around the globe who have demonstrated exceptional courage and leadership in advocating peace, justice, human rights, gender equality and women’s empowerment, often at great personal risk and sacrifice. Since the inception of this award in March 2007, the Department of State has recognized 146 women from 77 countries. U.S. diplomatic missions overseas nominate one woman of courage from their respective host countries. The finalists are selected and approved by senior State Department officials, according to a statement issued by the Office of the Secretary of State.

“I continue to be inspired by the personal stories that accompany each of these extraordinary women,” Trump said during opening remarks.

“Courage is something that is not easily taught and is closely tied with bravery, humility and sacrifice,” she added.