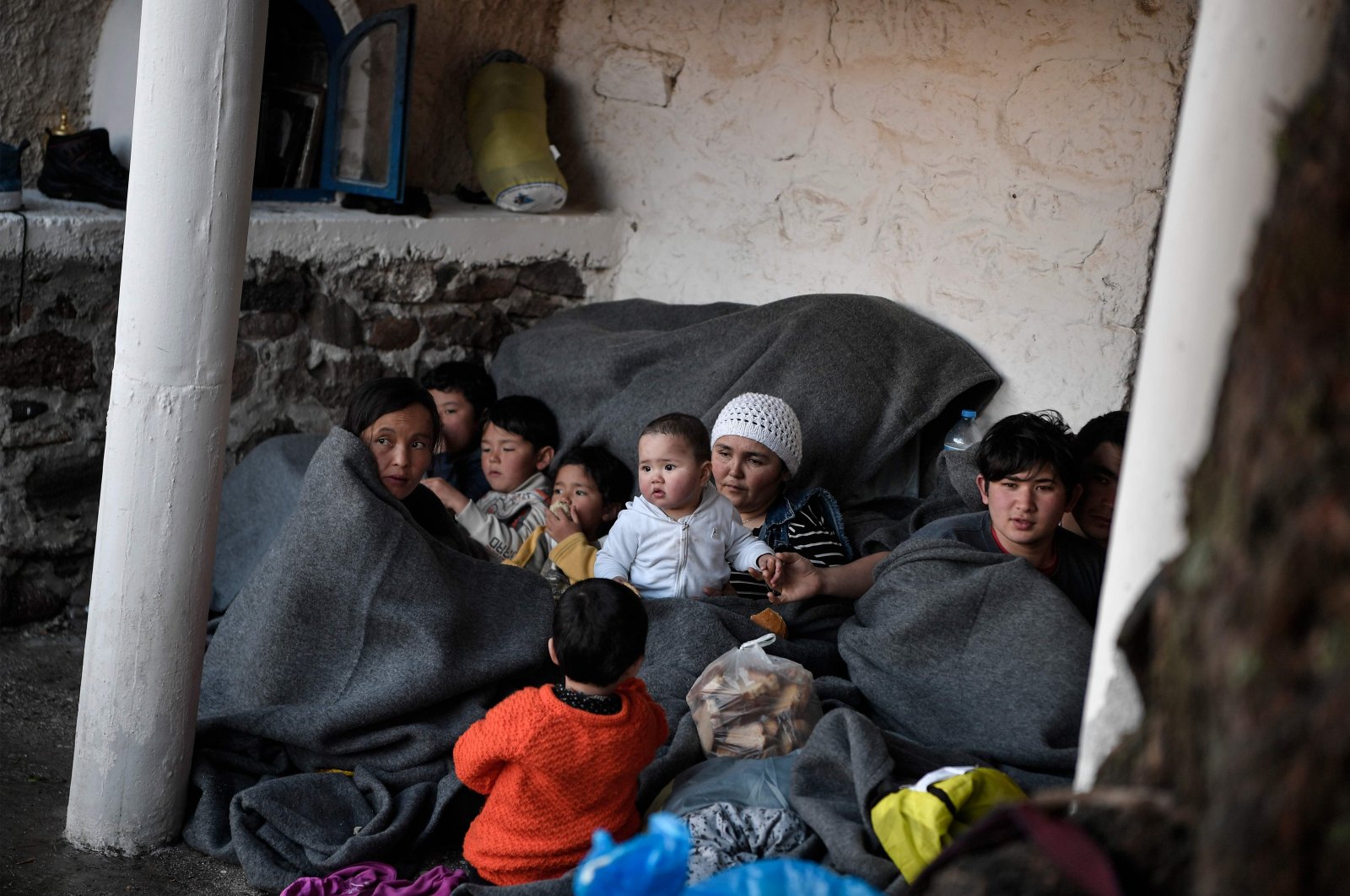 Migrants and refugess who arrived from Turkey to the Greek island of Lesbos on March 5, try to keep warm as they gather in the yard of a small church where they have spent the rainy night near Skala Sykamnias on March 6, 2020. (AFP Photo)
by DAILY SABAH Mar 06, 2020 3:32 pm
Edited By Dilara Aslan
RECOMMENDED

Senior Swedish politicians condemned far-right leader Jimmie Akesson on Wednesday for traveling to the Greece border just to tell migrants – which have been desperately waiting in the open to be taken in by Europe – that his country is full.

Migration minister Morgan Johansson led the criticism, telling Swedish news agency TT that the stunt was "totally ridiculous" and that Akesson only went there to "pose for cameras."

Akesson's party confirmed he had visited Greece, writing on Twitter: "We all remember the migration chaos of 2015 and we have to do everything we can to make sure it never ever happens again."

Thousands of migrants have amassed at the Greek frontier since Turkey announced last week that they are free to cross into the European Union. The 2016 EU-Turkey deal helped to ease the crisis on Greek islands near Turkey, whose facilities were overwhelmed by a refugee influx in 2015. The number of refugees and migrants coming from Turkey significantly reduced as a result. Yet, in the face of the silence of EU countries toward the humanitarian tragedy unfolding in Syria’s northwest and which caused nearly 1 million people to flee to the Turkish border, Ankara has declared it cannot handle another major refugee wave as it already hosts the largest number of refugees in the world and opened its borders to Europe to migrants leaving from Turkey.

Akesson reportedly handed out flyers with the message "Sweden is full."

"So if you want to go to Sweden, then that is a bad idea. We don't have the capacity to help more," Akesson told newspaper Svenska Dagbladet, adding that he had traveled to the Turkish border city of Edirne.

However, other party leaders were quick to criticize the move. Anders Jonsson, acting Centre Party leader, told TT it was "not worthy of a Swedish party leader," and Jonas Sjostedt of the socialist Left Party called it "pitiful" in a tweet.

Since entering parliament in 2010, the Sweden Democrats have capitalized on anti-immigrant sentiment, as Sweden has taken in around 440,000 asylum seekers since 2012.

The party has steadily advanced in the polls, arguing that the influx of migrants is putting a strain on the country's generous welfare state.

In the most recent 2018 general election, the party won 17.5% of the votes but was still shut out of government talks with other parties.

An opinion poll published by public broadcaster Sveriges Radio last week suggested the Sweden Democrats were the country's largest party, with over 23% support.

The bloc is wary of any recurrence of the 2015 crisis that sowed bitter divisions among EU states, strained social and security services and fueled support for populist, anti-immigration, eurosceptic and far-right parties throughout Europe.