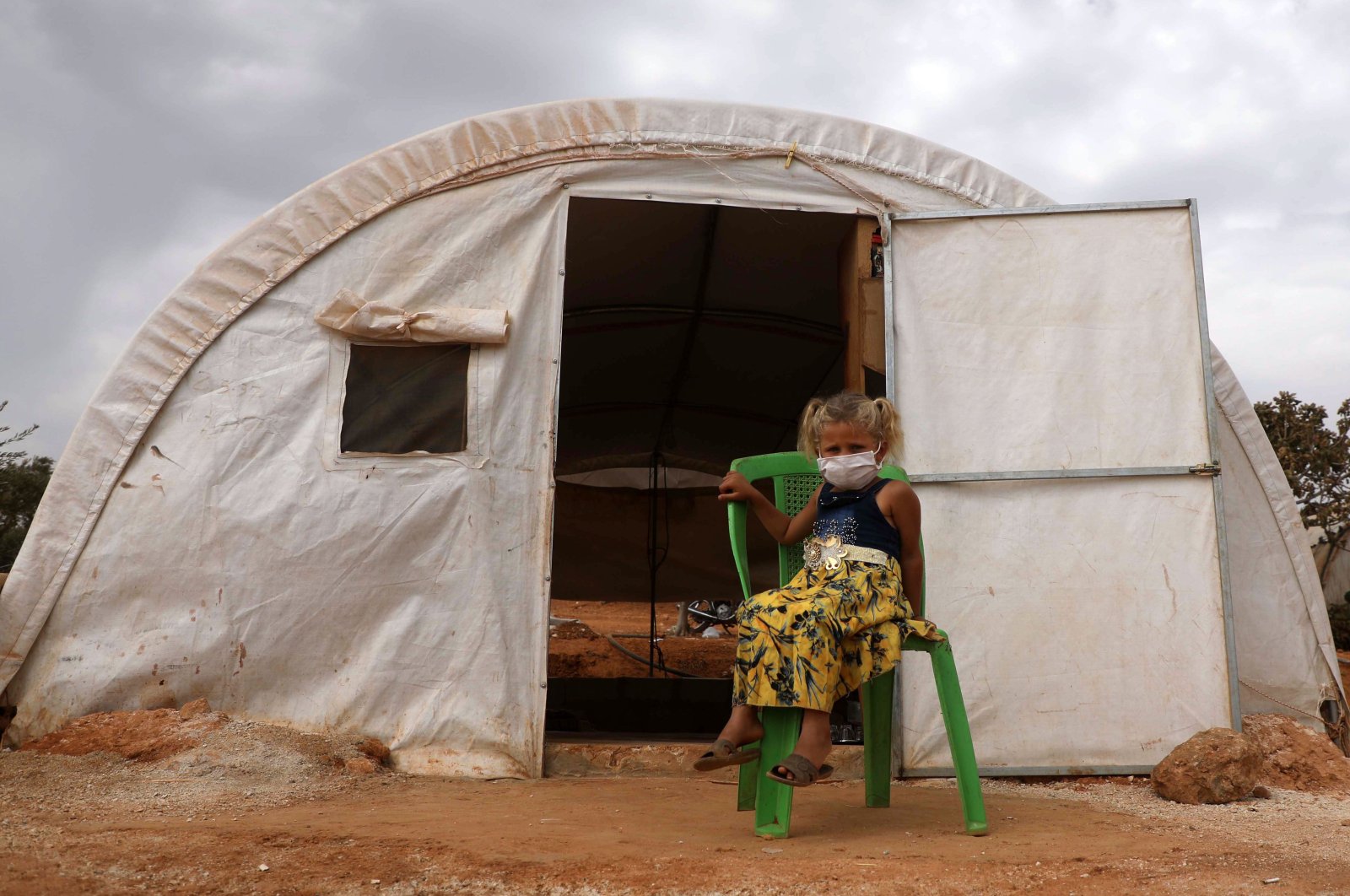 A child wears a face mask sewed by displaced Syrian women at a camp for internally displaced people near the town of Maaret Misrin in Syria's northwestern Idlib province, July 27, 2020. (AFP Photo)
by DAILY SABAH WITH AA Jul 29, 2020 11:48 am
RECOMMENDED

The war-ravaged residents of Syria's northwestern Idlib are grateful to Turkish soldiers for their efforts, according to a video shared by Turkey's National Defense Ministry on Tuesday.

"Turkish soldiers respect everyone and they are nice to us. The situation is far better than before thanks to the help of Allah and Turkish soldiers," a Syrian from Idlib says in the video posted by the ministry on Twitter.

The soldiers have left their families and country behind to help Syrians, he added, expressing deep gratitude.

"They have been here for the last three years. Hopefully, things will get better from now on," he said.

Turkey and Russia agreed to a cease-fire in March to halt the further escalation of violence in Syria’s northwest following the Bashar Assad regime’s assault on the last opposition bastion, Idlib. The offensive displaced an unprecedented number of civilians, nearly 1 million, while costing the lives of many others. Since the cease-fire, relative calm has prevailed in the region, while Turkey and Russia have been conducting joint patrols along with the critical M4 highway.

While many international actors have been fueling the conflict in Syria since the beginning of the civil war in 2011, Turkey, on the other hand, has been trying to de-escalate violence and enable local people to live in a peaceful and stable environment.

As it did in other regions in northern Syria, Turkish officials are currently trying to address infrastructural issues, reconstructing basic facilities such as hospitals and schools, while improving water and electricity supplies to help meet the basic humanitarian needs of locals. These efforts are conducted in coordination with local officials.

Idlib has long been under siege by the Assad regime's forces and its allies, and previous cease-fires in the region have been plagued by violations.

After April 2018, attacks on the area dramatically intensified, causing new waves of refugees to move toward the Turkish border and putting the country, which was already hosting more than 3.5 million Syrians, into a difficult position.

Turkey, which has the second-largest army in the NATO alliance, responded by funneling troops and equipment into the region to stop the Syrian regime's advance and to avoid a fresh tide of refugees.