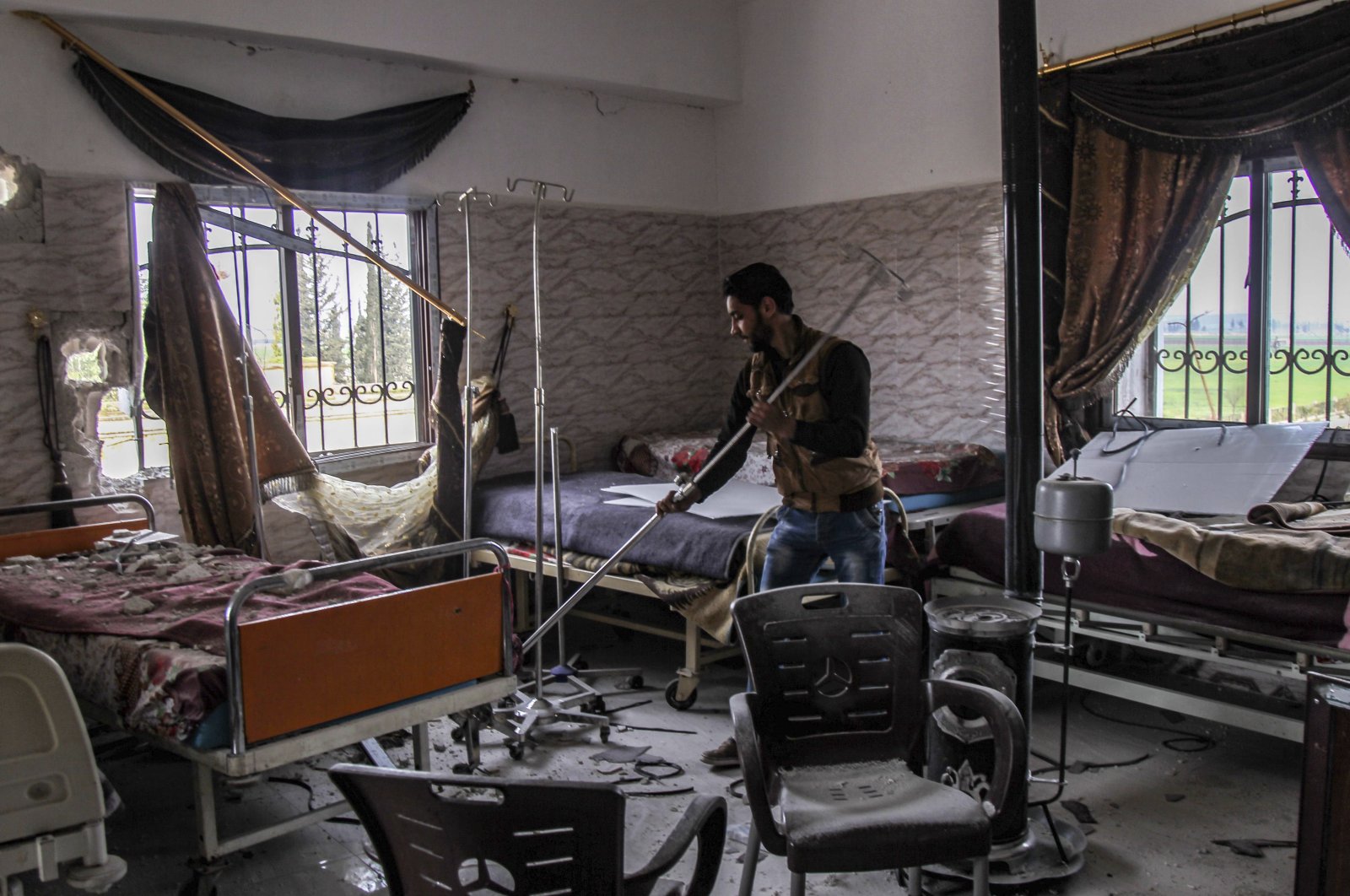 Efforts to deal with coronavirus pandemic are disrupted by Syria’s fragile health system as only half of the country’s hospitals were fully functional by end of 2019, UN aid chief warns

The U.N. humanitarian chief warned Monday that the 10 cases of COVID-19 and one death confirmed in Syria are just “the tip of the iceberg,” and judging from other countries “a devastating impact” can be expected on vulnerable communities.

Mark Lowcock told the U.N. Security Council that “all efforts to prevent, detect and respond to COVID-19 are impeded by Syria’s fragile health system,” noting that only around half the country’s hospitals and primary health care facilities were fully functional at the end of 2019.

He said efforts to prevent and combat the virus are also impeded by high levels of population movement, challenges to obtaining critical supplies including protective equipment and ventilators, and difficulties of isolating in crowded camps for the displaced with “low levels of sanitation services.”

With the Syrian conflict entering its 10th year this month, Lowcock said, over half the population has been forced to flee their homes, more than 11 million people in the country including nearly 5 million children need humanitarian assistance, almost eight million people don’t have reliable access to food, over 20% more than last year, and 500,000 children are chronically malnourished.

He said humanitarian needs in Syria “remain enormous,” with data showing clear evidence of deteriorating conditions since December, including increased rates of stunting — “a consequence of child malnutrition, from which it is rarely possible fully to recover.” In the last opposition-held stronghold in northwest Syria, he said, almost three out of 10 displaced children under the age of 5 are stunted.

U.N. special envoy for Syria Geir Pedersen told the council that “after terrible violence, an uneasy calm prevails on the ground – and now, Syrians face a new potentially devastating threat in COVID-19.”

He echoed U.N. Secretary-General Antonio Guterres’ call for an immediate global cease-fire in all conflicts to tackle the coronavirus, warning that “Syria is at high risk of being unable to contain the pandemic.”

In northwest Syria, he said, “there has been a significant decrease in violence, especially in aerial attacks and ground operations. Sporadic incidents continue, involving all sides.” And in the northeast, he expressed appreciation that arrangements between key parties including Russia, Turkey, the United States and Syrians, “also continue to broadly hold.”

“But in both the northeast and northwest, there is a real risk of hostilities resuming,” Pedersen said in a video briefing to the council. “If that happened, the preexisting dangers to civilians would be multiplied by the pandemic and the virus would spread like wildfire, with devastating effects for the Syrian people – humanitarian, societal and economic. It could rebound across international borders.”

He urged all countries to avoid this scenario by cementing existing arrangements into a nationwide cease-fire.

Pedersen said the U.N. is engaging concerned countries to put aside all hurdles and ensure humanitarian exemptions so critical items can be moved into Syria urgently to combat COVID-19. “I welcome the initial engagement by the United States with us in this regard, and stress the need for utmost urgency,” he said,

He gave no details but the U.S. State Department said $16.8 million of nearly $274 million that Secretary of State Mike Pompeo announced Friday in emergency health and humanitarian aid to 64 of the world’s most at-risk countries in response to the pandemic would go to Syria.

U.S. Ambassador Kelly Craft strongly supported a sustained cease-fire, “not another tactical pause that allows Syrian forces and their Russian and Iranian allies to rest before resuming their campaign of terror in the northwest.” She also urged more U.N. cross-border operations, criticizing Russia and China for blocking a crossing in the northeast that has prevented badly needed medical aid and equipment from getting into the area.

The Security Council meeting by video conference was closed, but a number of speeches were released by the U.N. and some council nations.

The council issued a press statement after the meeting expressing concern at the humanitarian situation in Syria and the potential impact of the COVID-19 pandemic and called for unimpeded humanitarian aid deliveries and “a sustained period of calm” throughout the country.