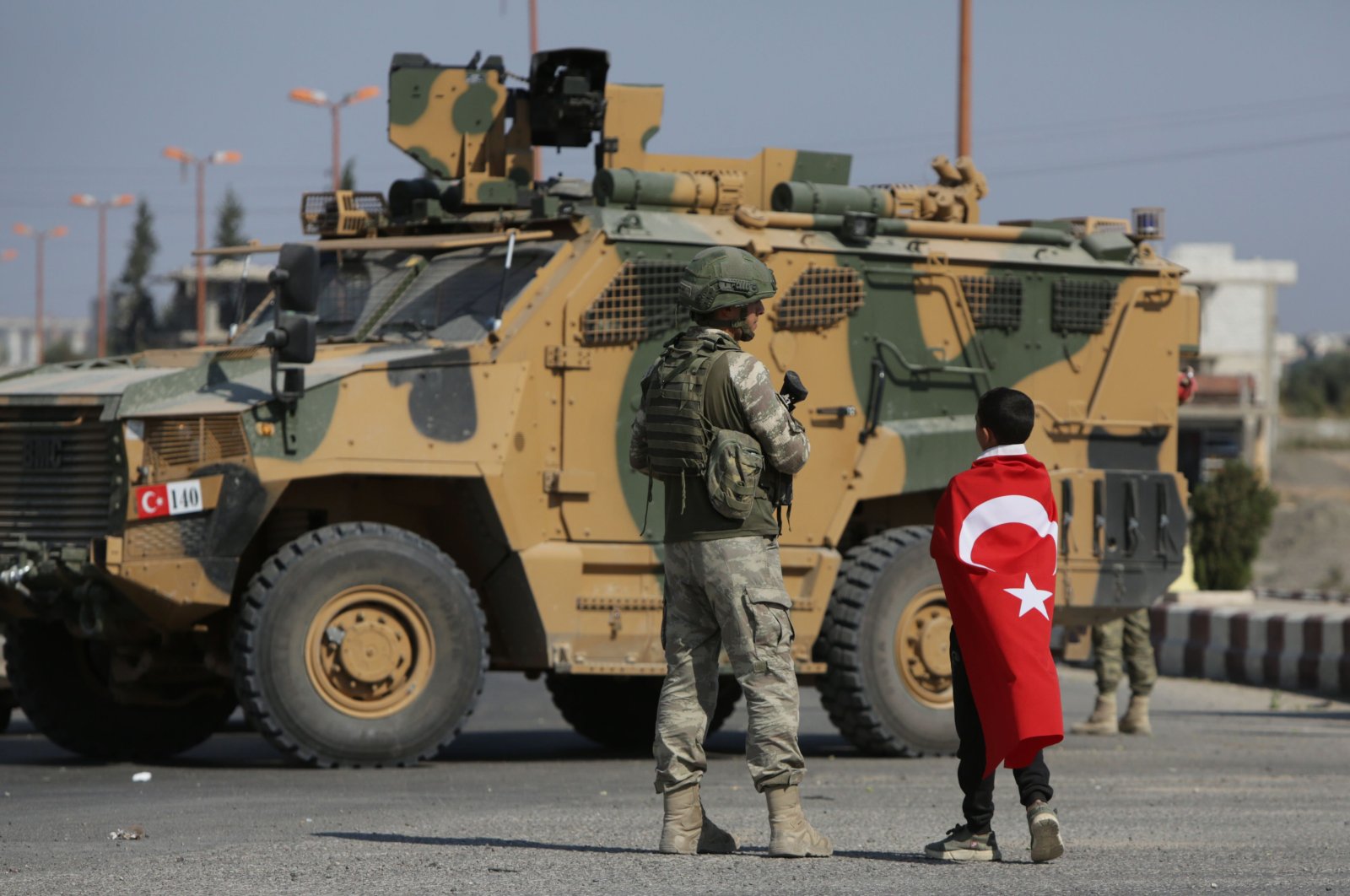 The Independent Syrian Kurds Association, which represents the majority of Kurds in Syria, has opposed a reported meeting between the Syrian Kurdish National Council (ENKS) and the PKK terrorist organization’s Syrian offshoot, the YPG.

In a written statement seen by the Daily Sabah, the Syrian Kurds voiced their rejection of the French-American mediated talks and called for the immediate withdrawal of the PKK/YPG terrorist organization from Syrian territory.

“We believe that the Kurdish Council's step toward the PYD, which has lost political vision due to its brinkmanship policy and uncalculated military adventure are against popular will. Taking into consideration the PYD’s failure to implement three previous agreements, concluded under the sponsorship of the former president of the Kurdistan region, we see that the council is again throwing a lifeline to these people by citing popular pressure. But this is contrary to the will of the people who are suffering the worst under the authority of agents, forced military recruitment and dragging their children to death,” the statement said.

The statement also underlined that the dialogue initiated by the so-called Syrian Democratic Forces (SDF), which is actually the military wing of the PKK/YPG in Syria, cannot be conducted in secrecy and away from the rest of the Kurdish political powers in Syria.

“Once again, we at Syria’s Independent Kurds Association, declare our rejection of these dialogues and what could result from them, and we call upon the forces of the revolution and the opposition and all national and democratic powers to declare their position regarding what is going on in secret and to reject dialogue with the terrorist forces,” the statement said.

Speaking to Daily Sabah, Abdulaziz Temo, the President of Syria's Independent Kurds Association, said "When we established our association body our aim was not to let PYD represent all Kurds in Syria on international platforms. Our enemy is the Assad regime, not Turkey, as the PYD claims. They have been used as mercenaries in the pretext of fighting Daesh, not the Assad regime. We reject dialogue with the PKK because we don't want to make their existence legitimate in Syrian land. We already have already sent our public announcement and press declaration to U.S. Ambassador William Robak who is one of the interlocutors in the talks. Once more, we have conveyed our message rejecting all attempts to talk with the PKK. They have to leave to Syrian soil and give land belonging to both Kurds and Arabs back to their real owners. We expect the U.S. and France to throw these terrorist out of Syria's territory."

Some recent news reports claimed that the U.S. and France are preparing to use the ENKS in Syria as a cover to create an international representation space for the YPG/PKK in northern Syria.

The National Coalition for Syrian Revolutionary and Opposition Forces (SMDK), the sole legitimate umbrella organization of the opposition including the ENKS, both designate PKK/YPG as a terrorist organization.

Representing the Syrian opposition, a high official said they were not informed about the aforementioned meetings between the ENKS and the PKK/YPG terrorist organization.

“If this meeting was held, it is absolutely unacceptable in all terms, because the PYD is designated as a terrorist organization by the SMDK,” said the official on the condition of anonymity.

According to Anadolu Agency (AA), the two countries, France and the U.S., have asked the ENKS to resign from membership of the SMDK where Syrian Kurds are also represented within the umbrella organization.

'Dialogues initiated by SDF, a member of PKK'

“Starting with Syrian national interest and in the interest of the Kurdish cause in Syria, we declare our rejection of these dialogues and to any agreement resulting from them, because this initiative was originally launched from a leading military figure in the SDF and member of the PKK, and because we believe that any kind of Kurdish dialogue to unify the Kurdish row requires essential and fundamental conditions, to be a Syrian and independent, and not conducted in secrecy, away from the rest of the political powers,” Syria's Independent Kurds Association said in a statement.

Underlying the fact that their association represents the majority of the Kurds in Syria, the statement also highlighted that independent Syrian Kurds have been following talks with great interest, which were conducted in utmost secrecy and under American and French sponsorship.

The statement also underlined that Syrian Kurds maintain their commitment and adhere to the principles of the Syrian revolution, accepting only negotiations that will lead to the departure of all terrorist forces.

The association also listed their immediate demands from the ENKS to convey their message to the mediators, which include the immediate departure of PKK terrorists from Syrian lands, a declaration of ideological disengagement from the terrorist organization, disengagement from the Syrian terrorist regime, commit to the Geneva track of negotiations per international decisions of the political solution, an apology for violations, the announcement of the prosecution of criminals, the release of detainees, details concerning the fates of those kidnapped, the acceptance of a civil administration that does not exclude any components of the Syrian Jazira Region and to hand over other regions and governorates that Kurds have no presence in their own people to manage themselves.