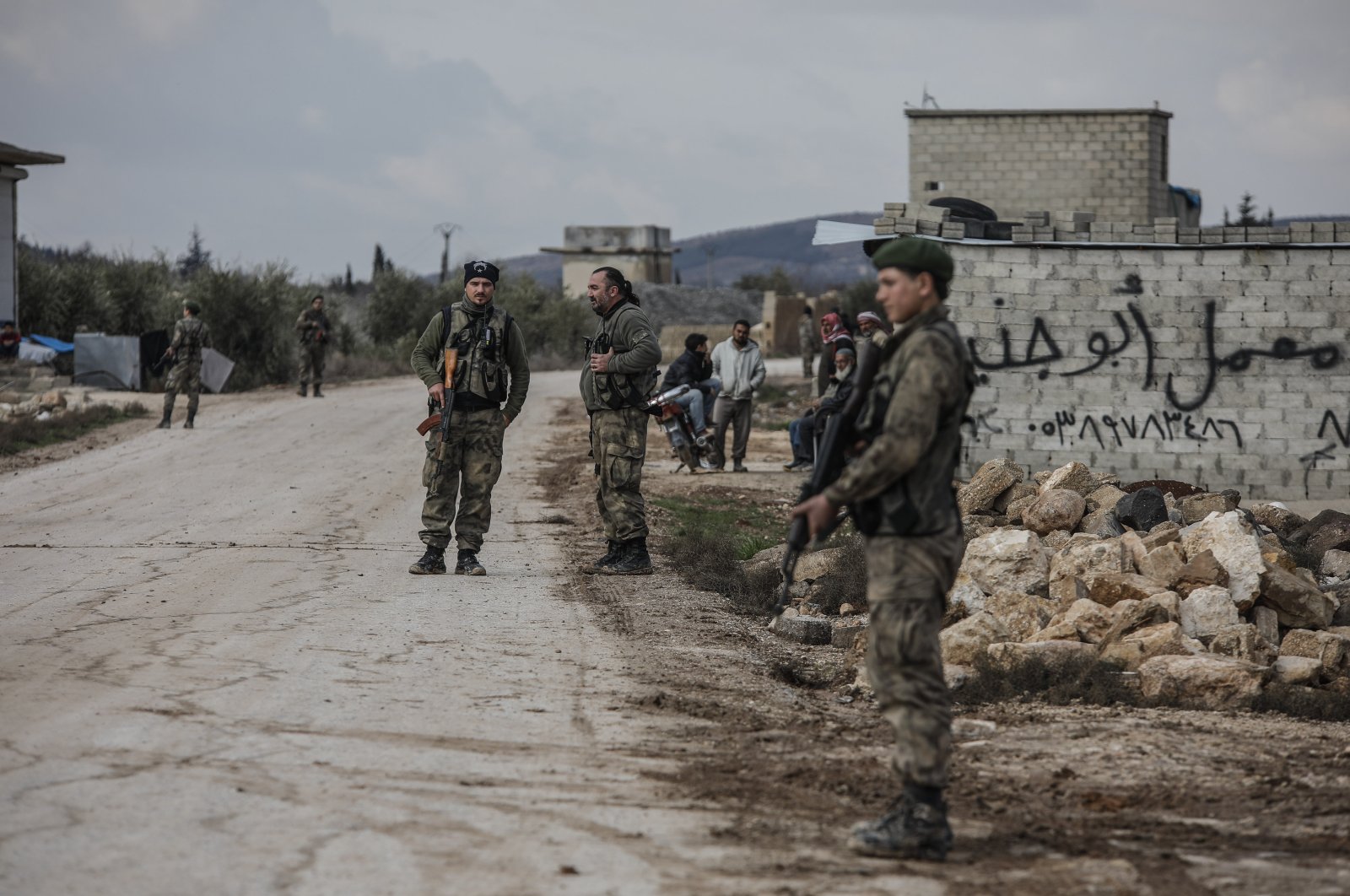 The Syrian National Army (SNA) hindered YPG/PKK terrorists who have been hiding in the country’s northwestern Tal Rifaat region from infiltrating fronts controlled by the SNA in the north Friday.

The terrorists tried to penetrate the Mare, Kafr Kashir and Kafr Kalbin districts south of Azaz. SNA elements who acted upon this attempt opened fire on the terrorists, stopping the advance. According to security sources, the YPG/PKK terrorists suffered losses.

While the YPK/PKK terrorist group is supposed to remain clear of the region under an agreement between Turkey and Russia, it still reportedly continues to exert its presence by regularly conducting terror acts in liberated residential areas controlled by the SNA.

The October 2019 deal stated that, “All YPG elements and their weapons will be removed from Manbij and Tal Rifaat.”

Azaz was liberated from Daesh terrorists by the Turkish military and aligned Syrian opposition forces during the 2016 Operation Euphrates Shield. Since then, the town has become an area with a high concentration of refugees and the main hub of Turkish relief efforts.