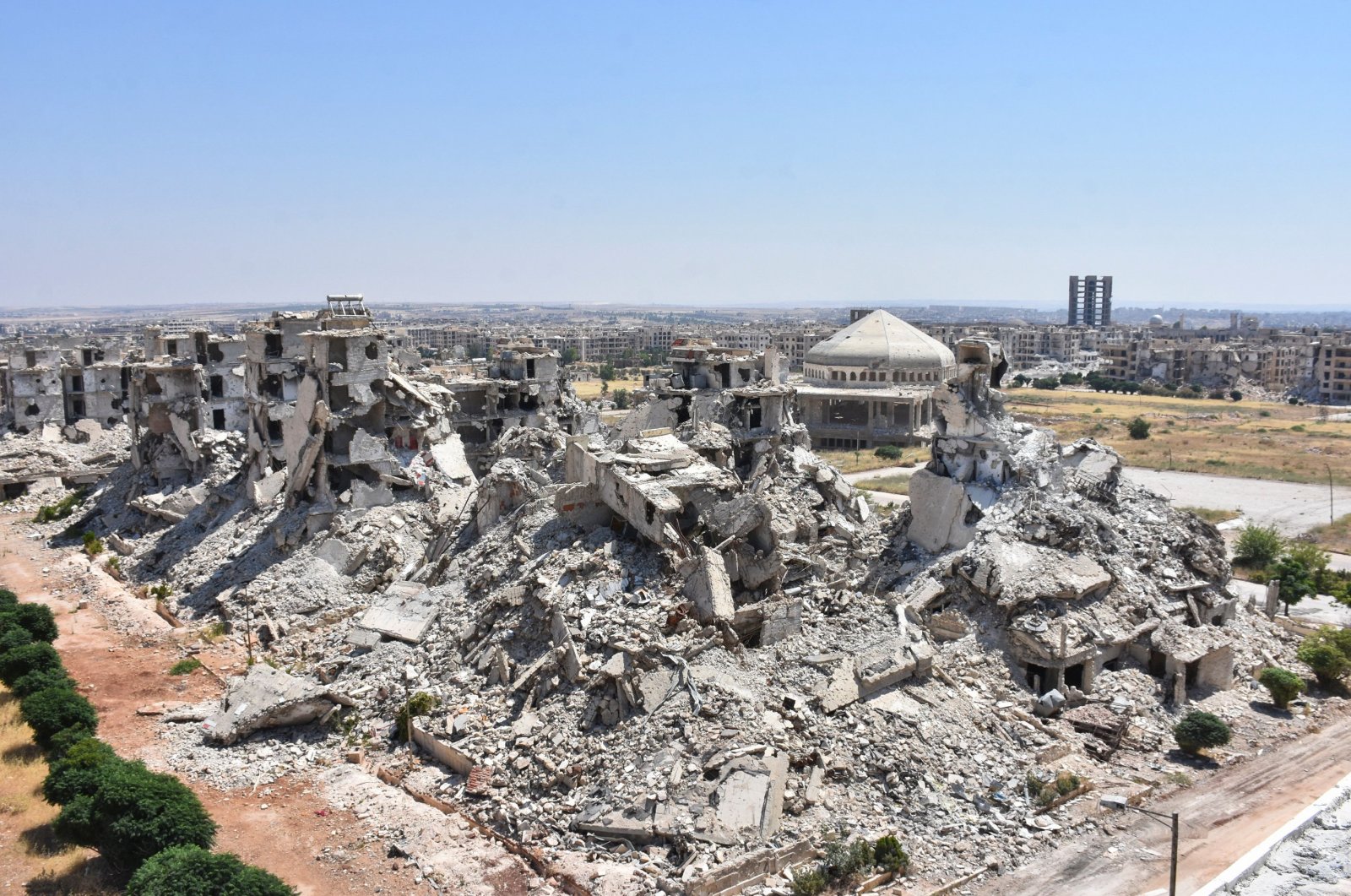 Russia and China are depriving millions of civilians who refuse to bow down to the Bashar Assad regime of much-needed humanitarian aid, the head of Syria's interim opposition government said Wednesday.

Abdurrahman Mustafa criticized the two United Nations Security Council countries for their veto on Tuesday of the renewal of a mechanism that allows international humanitarian aid to be sent to Syrians without regime interference. The U.N. agreement is to expire on July 10, and China and Russia denied the decree allowing an extension of the contract.

"Russia and China's veto is unacceptable. They are helping the Assad regime both in the field and in the international arena. Millions of civilians in need of help will be affected," Mustafa said.

He noted that the veto came on the same day as a U.N. Commission of Inquiry on Syria report suggested that the Assad regime and Russia are committing war crimes in the country. Mustafa went on to say that Russia is leaving millions of people homeless by supporting the Assad regime. He urged the international community to protest, adding, "Despite Russia's efforts, humanitarian aid to Syria should not stop."

The National Coalition for Syrian Revolutionary and Opposition Forces, an umbrella group of Syrian opposition factions, called Russia and China's approach an example of the "organized political terrorism" that has been going on in the Security Council for years.

"Russia should not be allowed to vote on issues regarding Syria, specifically regarding humanitarian aid; having been the major party in crimes and violations of rights against the Syrian people. Russia is a party to conflict and it cannot be a judge on these issues," their statement read.

In order to send international humanitarian aid to Syria, a Security Council decision is needed and a vote was held on Tuesday for the aid mechanism to be renewed. The decree had been put forward to the council by Germany and Belgium.

Last year, there were four border gates through which aid could be shipped into Syria, and two of these were through Turkey.

After Russia and China vetoed an extension of that agreement last January, the number of gates was reduced to two for the last six months. The gates at Ar-Ramsa between Syria and Jordan and at al-Yarubiyya in Iraq were shut down for aid transit.

In the current agreement, humanitarian aid to Syria can only be sent through Turkey, through two different border gates, at Bab al-Salam and at Bab al-Hawa.

After the vote, Russia announced it will suggest its own decree, one that will allow aid to Syria to go through only a single border gate, Bab al-Hawa, for six months. The Security Council on Wednesday overwhelmingly rejected the Russian resolution.

U.S. Ambassador Kelly Craft accused Russia and China of “breathtaking callousness and dishonesty” and distorting the realities on the ground. Their actions in both resolutions underscore “a harrowing truth – that Russia and China have decided that millions of Syrian lives are an insignificant cost of their partnership with the murderous Assad regime,” she said in a statement.

Moutaz Adham, the Syria director for the humanitarian group Oxfam, called the council’s failure to reach an agreement “a devastating blow to the millions of Syrian families who rely on this aid for clean water, food, health care and shelter.”

“Cross-border aid is needed now more than ever, as Syrians face the threat of COVID-19,” he said. “All available avenues for delivering aid will be critical in helping the more than 11 million people in need of assistance across Syria.”

Germany’s U.N. ambassador, Christoph Heusgen, said that while the Bab Al-Hawa crossing is used to deliver aid to Idlib province, the Bab al-Salam crossing reaches the region north of Aleppo, where an additional 300,000 Syrians displaced by the last offensive are now sheltering.

“Both areas are separated by conflict lines,” he said.