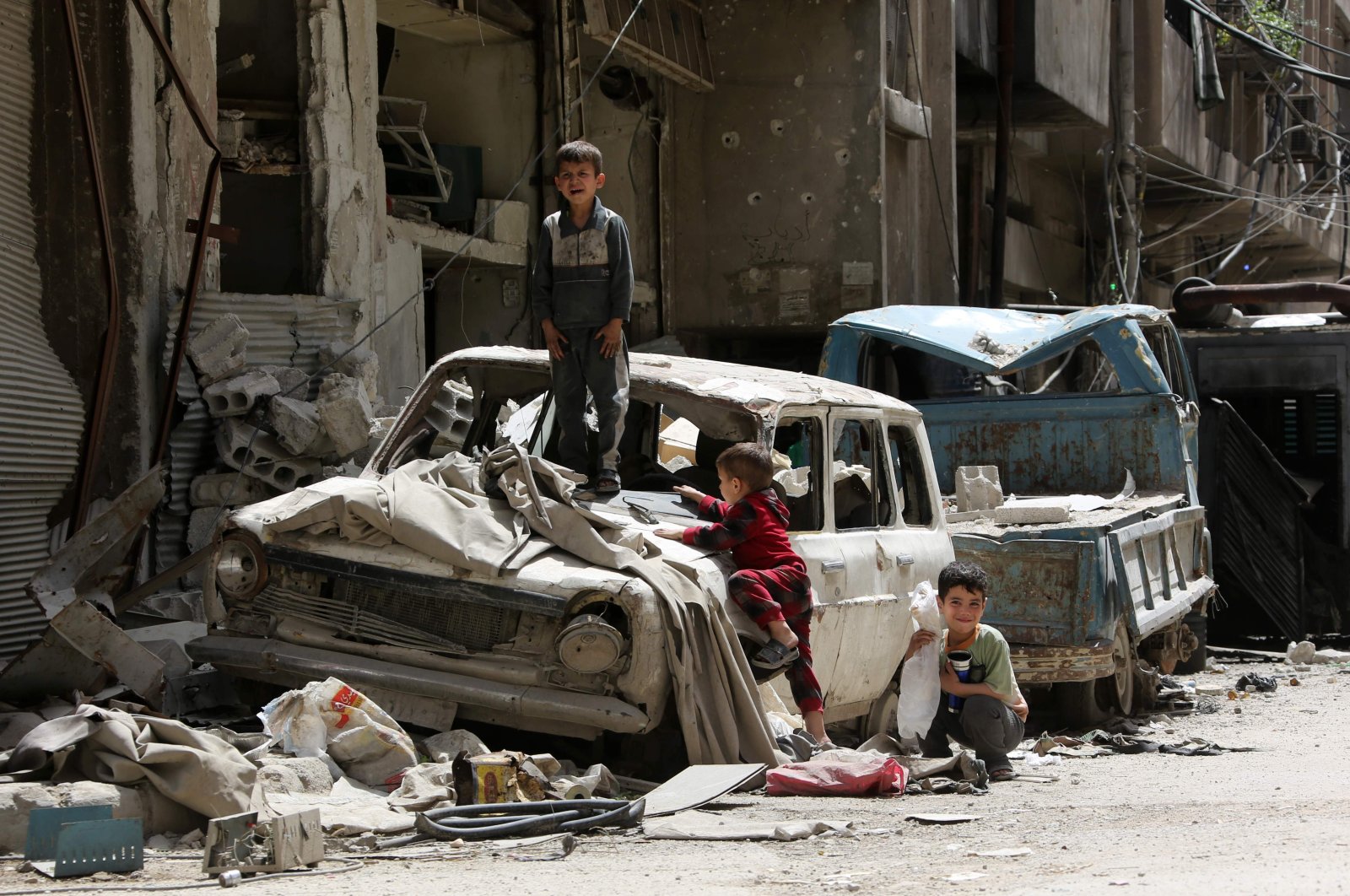 Syrian boys play on a destroyed car in the former opposition-held Syrian town of Douma on the outskirts of Damascus, April 19, 2018. (AFP)
by DAILY SABAH WITH AA Aug 21, 2020 2:19 pm
RECOMMENDED

It's been seven years since the Bashar Assad regime attacked Syria's eastern Ghouta region with chemical weapons, killing 1,400 civilians, while the responsible parties are still yet to be held accountable.

Releasing a statement on the anniversary of the brutal incident Friday, the National Coalition for Syrian Revolutionary and Opposition Forces (SMDK) called on the international community to break its seven-year silence and take action against the Syrian regime.

"The collapsed international system is the one that allowed this massacre to happen and left those responsible unjudged," the statement expressed.

The opposition group, highlighting the fact that the Syrian regime has never stopped using chemical weapons in the war-torn country since then, also demanded the perpetrators of the attack be judged in the International Criminal Court (ICC).

Hundreds of thousands of innocent people have been killed in the nine years of brutal civil war that have riddled Syria. Yet, these attacks were not carried out through conventional weapons alone as the Bashar Assad regime repeatedly used chemical weapons, and no legal process is being conducted against these crimes. According to data supplied by Anadolu Agency (AA), the Assad regime has used chemical weapons in Syria at least 216 times over the last nine years. The regime conducted its first major chemical attack on Aug. 21, 2013, in the eastern Ghouta region of Damascus.

The onslaught raised international concern at the time.

Back in April, the Organization for the Prohibition of Chemical Weapons (OPCW) released a report for the first time that blamed the Assad regime for using chemical weapons.

Following the report, United States Secretary of State Mike Pompeo said the OPCW's findings confirmed the continued use of chemical weapons in Syria "and utter disregard for human life."

Chemical attacks on the Syrian towns of Douma and Khan Sheikhoun led U.S. President Donald Trump to carry out missile strikes on Syrian regime targets in April 2018 with the backing of France and Britain.