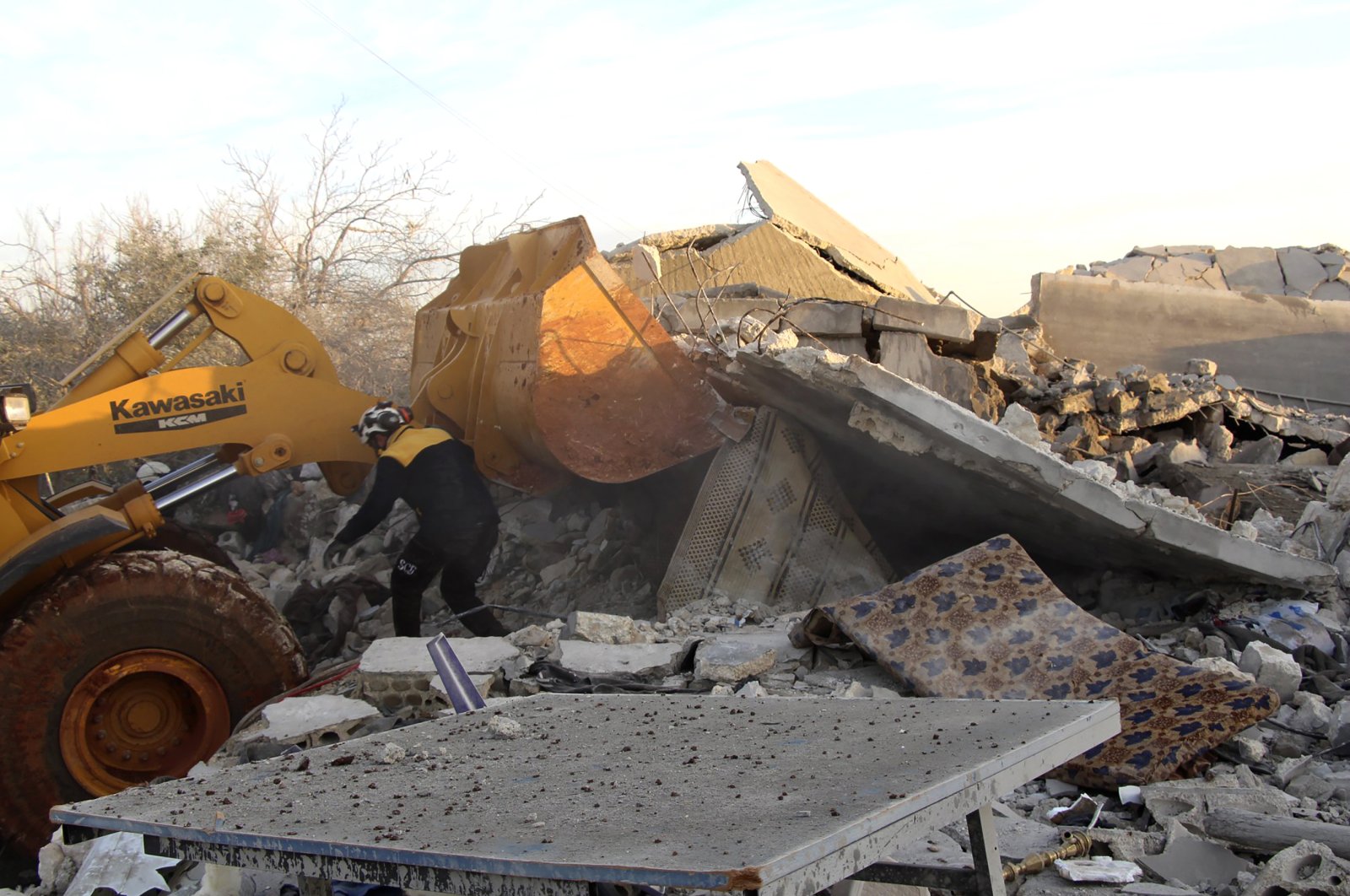 In this photo, Syrian civil defense workers can be seen carrying out a bulldozer search for victims from under the rubble of a destroyed house that was hit by Syrian regime and Russian airstrikes, in Maaret Musreen village, in Idlib province, Syria, Thursday, March 5, 2020. (Syrian Civil Defense White Helmets via AP)
by DAILY SABAH Mar 12, 2020 11:40 am
RECOMMENDED

A former Syrian military photographer demanded Wednesday in the Senate Foreign Relations Committee hearing that if the U.S stands with the Syrian people, it has to end Bashar Assad’s killings.

The photographer, who used the pseudonym Caesar, said that the Assad regime considers the international community’s failure to act as a green light to continue his crimes against Syrians.

Caesar said that for nine years the U.S. has watched the bombardment against Syrians and the torture inflicted on civilians. He asked the U.S administration to end the killings in Syria.

According to him, the Syrian regime must be brought before the courts for its violence against Syrians. Caesar emphasized that the international community must indict Assad for his "systematic use of machinery” against the Syrian people and condemn him for creating a humanitarian crisis in Syria.

Caesar was working as a military photographer for the Syrian army. He took tens of thousands of high-definition pictures of people tortured to death at a military hospital near Damascus. He said that since he left the country about five years ago, the Assad regime’s killings have increased.

Turkey launched Operation Spring Shield after 36 Turkish soldiers were killed in an Assad regime airstrike in Idlib. The regime and its allies, including the Iranian-backed forces, have consistently broken the terms of the cease-fire, launching frequent attacks inside the territory.

More than 1,300 civilians have been killed in the Idlib de-escalation zone in such attacks, sending 1.7 million refugees toward Turkey's border with Syria.