Syrian refugees hope to return home after 10 years in Turkey 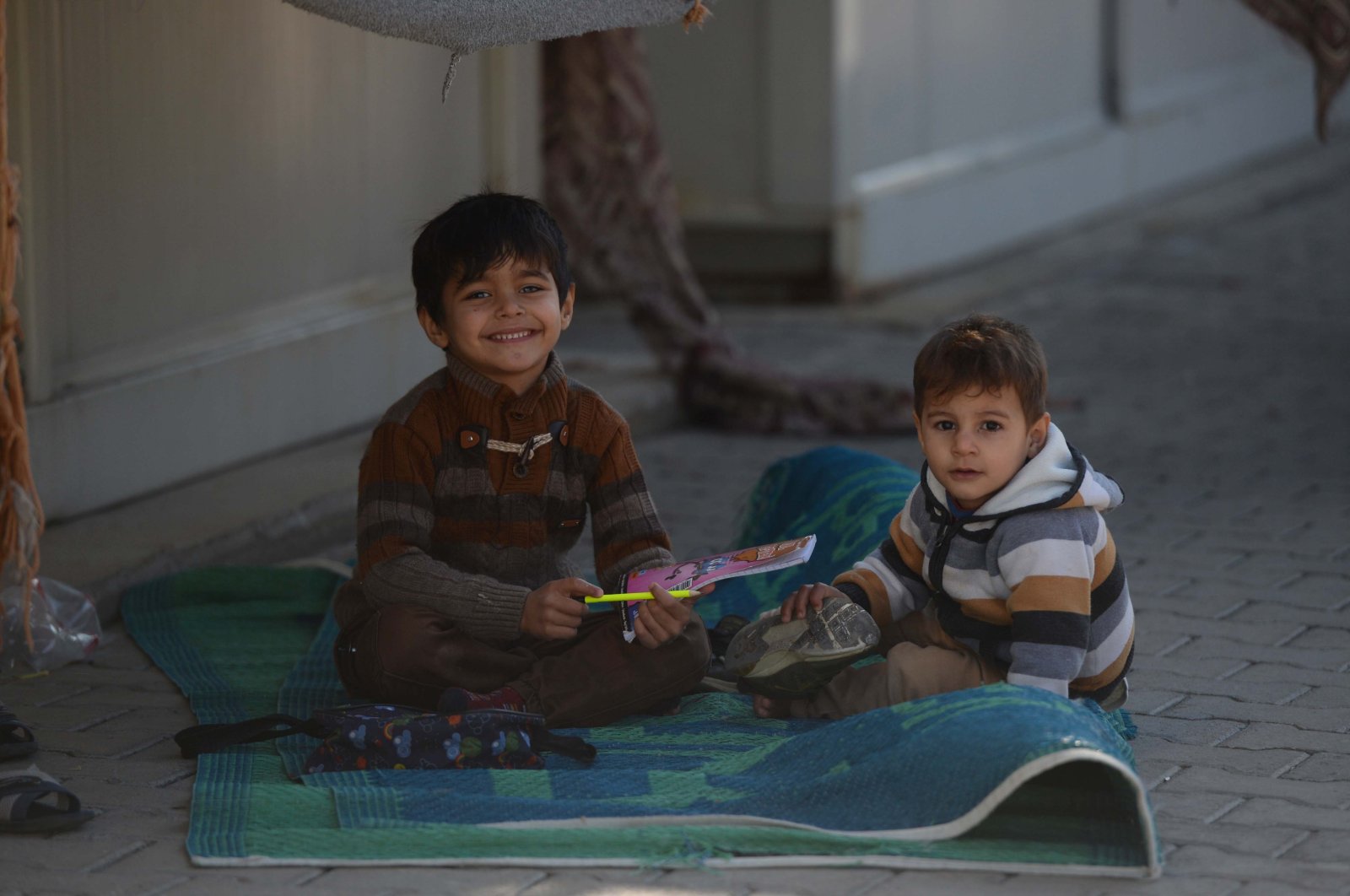 Two Syrian children that together with their families had to flee the civil war in their country around 10 years ago are seen in a temporary refugee center in Kahramanmaraş province, southern Turkey, Dec. 28, 2020. (AA Photo)
by DAILY SABAH WITH AA Dec 28, 2020 1:01 pm
RECOMMENDED

Almost 10 years have passed since Syrians in Turkey fled their country due to an ongoing civil war. Syrians in a temporary refugee center in the southern province of Kahramanmaraş said they hoped the war in their country would end, enabling them to return home.

As they enter the new year with bittersweet joy, Syrians living in Turkey feel the sadness of being once again far from their home.

"I have been here for seven years. I miss my homeland. I was born there, I spent my childhood in Idlib and was 10 years old when I came to Turkey. We had to come here because of the war," Fatma Birumu told Anadolu Agency (AA).

Birumu added that she was met warmly in Turkey and received the necessary support. Currently preparing to attend university, she said she hoped to be able to return to Syria next year.

Another Syrian, Habbabi Darwish, voiced how difficult the living conditions in Syria were, saying he hoped Turkey would never experience such pain.

Ayyush al-Shehri, on the other hand, said though he has been in Turkey for 10 years, it has not become his homeland. "Turkey is almost like our homeland, but still I want to go back to my original motherland. Turkey is looking well after us, yet hopefully, the war will end and we will go back."

"We want to live in Syria with our children after the war ends," said Keldum Abdulkareem, who noted he has not been able to see his relatives for almost 10 years. "Half of our youth is there and half is here. We cannot live like this forever."

Although some Syrians are business owners or co-owners with Turkish nationals, a large number of Syrians in Turkey work in the service sector. According to the U.N. figures, over 130,000 work permits have been granted, and over 10,000 Syrian entrepreneurs have had the opportunity to start a business in Turkey.

The EU’s executive body, the European Commission, said last Wednesday that it is extending two programs, one that provides cash assistance to migrants in Turkey to meet their basic needs and the other that provides funds to help educate children. The programs will be extended until early 2022 at a total cost of 485 million euros ($590 million).

The commission said they provide much-needed cash to more than 1.8 million migrants and help educate more than 700,000 children. The programs are managed by the Turkish Red Crescent (Kızılay) in partnership with the Red Cross and UNICEF. The money does not go directly to Turkey's government.

Due to the migration waves that followed the humanitarian crisis in Syria, Turkey established 26 temporary refuge centers in 10 provinces, according to the Migration Directorate. As the situation worsened in Syria and returns became more difficult, Turkey adopted a strategy to facilitate their social adaptation. As of Sept. 16, 2020, 59,877 Syrians under temporary protection are hosted in seven temporary refuge centers in five provinces while over 3.5 million Syrians under temporary protection live outside these centers.

Meanwhile, Turkey is also working to improve living conditions in northern Syria to enable the return of refugees by building infrastructure, schools and hospitals, among other vital facilities.

The success of Turkey's cross-border operations has enabled the return of more than 414,000 Syrians, the Interior Ministry announced in October.

Since 2016, Turkey has launched four successful anti-terror operations – Euphrates Shield in 2016, Olive Branch in 2018, Peace Spring in 2019 and Spring Shield in 2020 – across its border in northern Syria to prevent the formation of a terror corridor and enable peaceful settlement by locals.

Following Operation Peace Spring launched on Oct. 9, efforts to clear bombs and improvised explosive devices were initiated to create a peaceful, stable environment for the return of refugees and administrative duties were given to local councils.