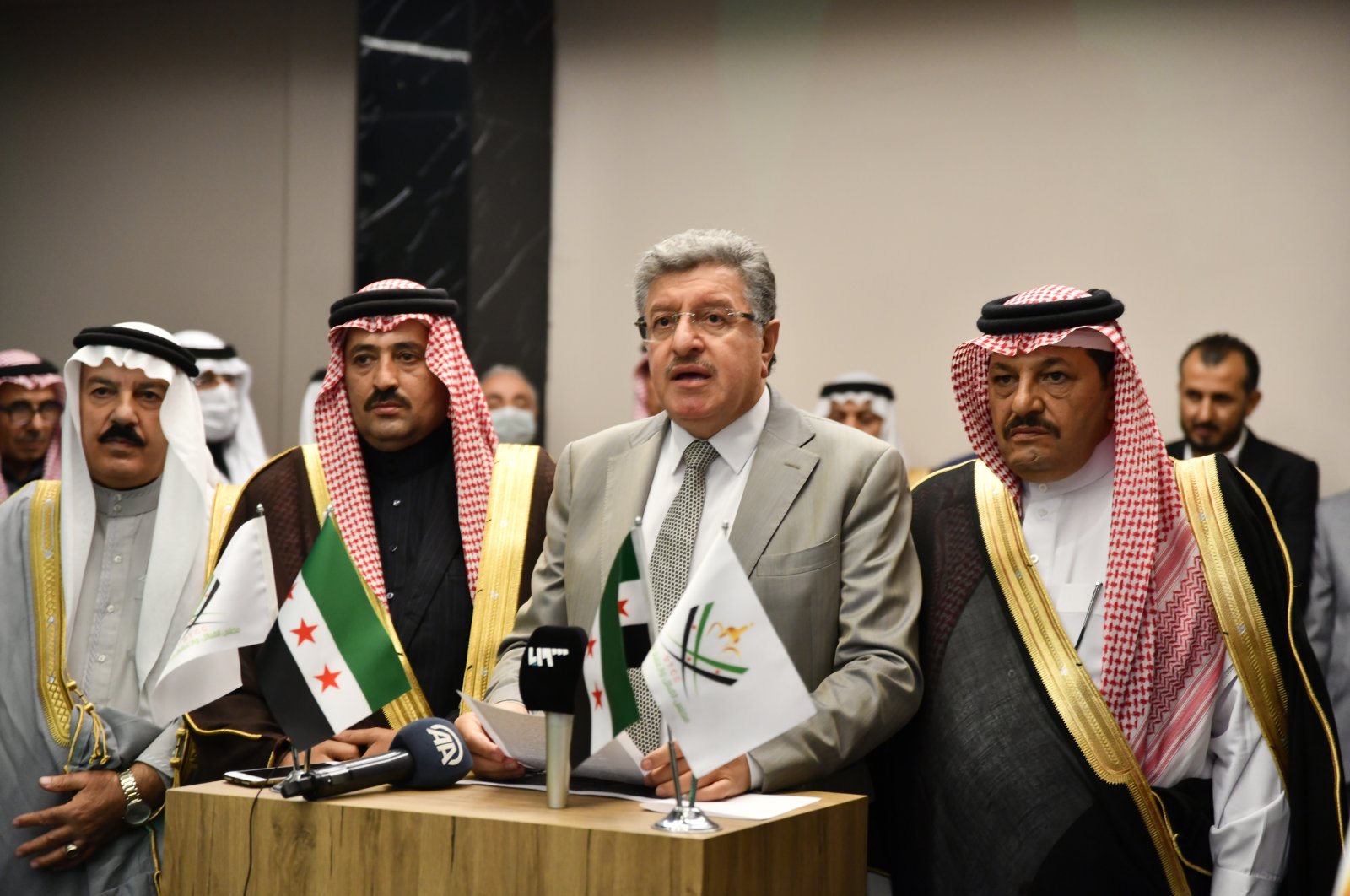 Several Syrian tribes and clans have reiterated that they reject any sort of cooperation with the Bashar Assad regime and his militias.

The head of the High Council for Syrian Tribes and Clans Sheikh Salim al-Muslat told reporters Tuesday that the tribes and clans have expressed determination to not take a step back from their position against the Assad regime and his "separatist militias."

"We reiterate our promise to be committed to the revolution," he said, following a meeting at the council's office in Turkey's southeastern Gaziantep province near the Syrian border.

He continued by saying they will continue to stand against anyone who "cooperates with their executioner" and will not back down from their "honored revolution."

Syrian tribes have been opposing the Assad regime and the YPG/PKK terrorists in Syria.

In addition, local tribes have begun to fight back against the YPG/PKK's oppressive policies, including arbitrary arrests and kidnappings by the terrorist organization in recent years.

The YPG/PKK started to assassinate tribe leaders to yoke local groups. It has targeted the Agedat tribe specifically, which has over 1 million members. The tribe responded by launching an offensive on YPG/PKK held areas and liberated some villages after three days of fighting.

The Syrian regime military and its Russian ally carried out attacks targeting civilians between April 2019 and March 2020, killing at least 224 civilians, according to the Human Rights Watch (HRW).