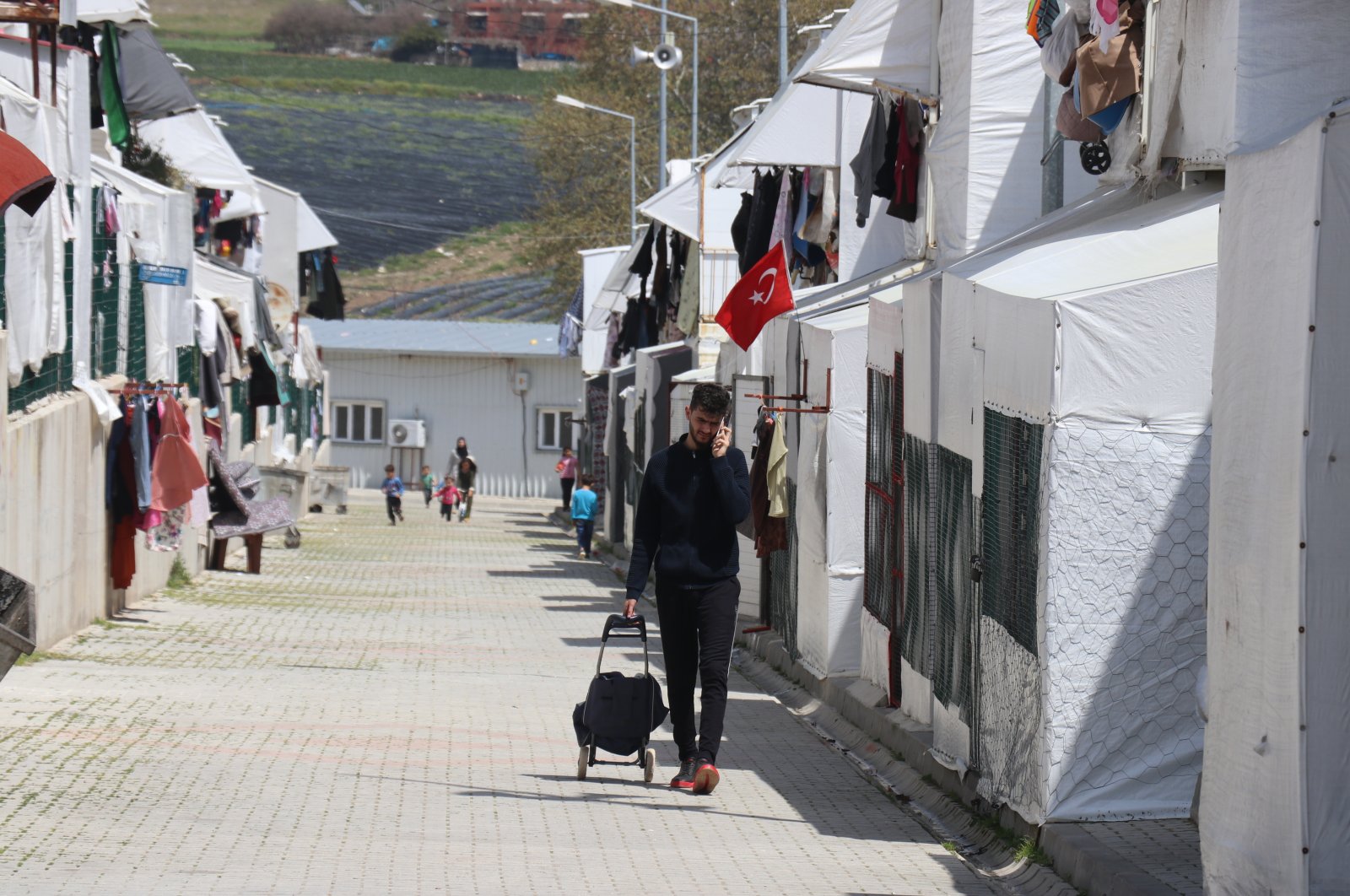 Syrian Turkmens from the Bayırbucak region in the war-torn country’s northwest will be welcoming another Ramadan away from their families and home country.

The Turkmens numbering 3,500 that fled Syria due to the civil war and have been living in a container camp in Turkey's southern Hatay province’s Yayladağı district for nine years, have started making Ramadan preparations.

One of the residents, Ali Mollamusa, told Anadolu Agency (AA) that this is the tenth Ramadan they will celebrate outside of Syria.

“Fortunately the Turkish state and the Turkish people have embraced us. Ramadan there was quite different, it is also different here. Here, Ramadan is full of sadness because we have relatives and friends that stayed in Syria. They live under difficult conditions, we do not know how Ramadan will be for them,” Mollamusa stated.

Saying that although all their needs are met in the camp, Mollamusa pointed out that he still misses his own village.

Another resident, Fatma Bozoğlan stated that she came to Turkey with her family 9 years ago.

Bozoğlan said that she saw Turkey as her second home and thanked Turkey.

Twenty-year-old Ibrahim Mollamusa, said that he was 12 when he came to Turkey.

“I spent half my life in Turkey, and the other half in Syria. Here we live in security. I study at university but I also miss my village.”

A crackdown by the regime led by Bashar Assad on pro-democracy protesters in 2011 led to civil war, with Moscow backing Assad, and Ankara and Washington supporting the opposition. Millions of people have fled Syria and millions more are internally displaced.

For 10 years, the Assad regime has ignored the needs and safety of the Syrian people, only eyeing further territorial gains and crushing the opposition. With this aim, the regime continues to bomb vital facilities such as schools, hospitals and residential areas, causing the displacement of almost half of the country’s population while adopting policies to ensure their lives are more difficult.