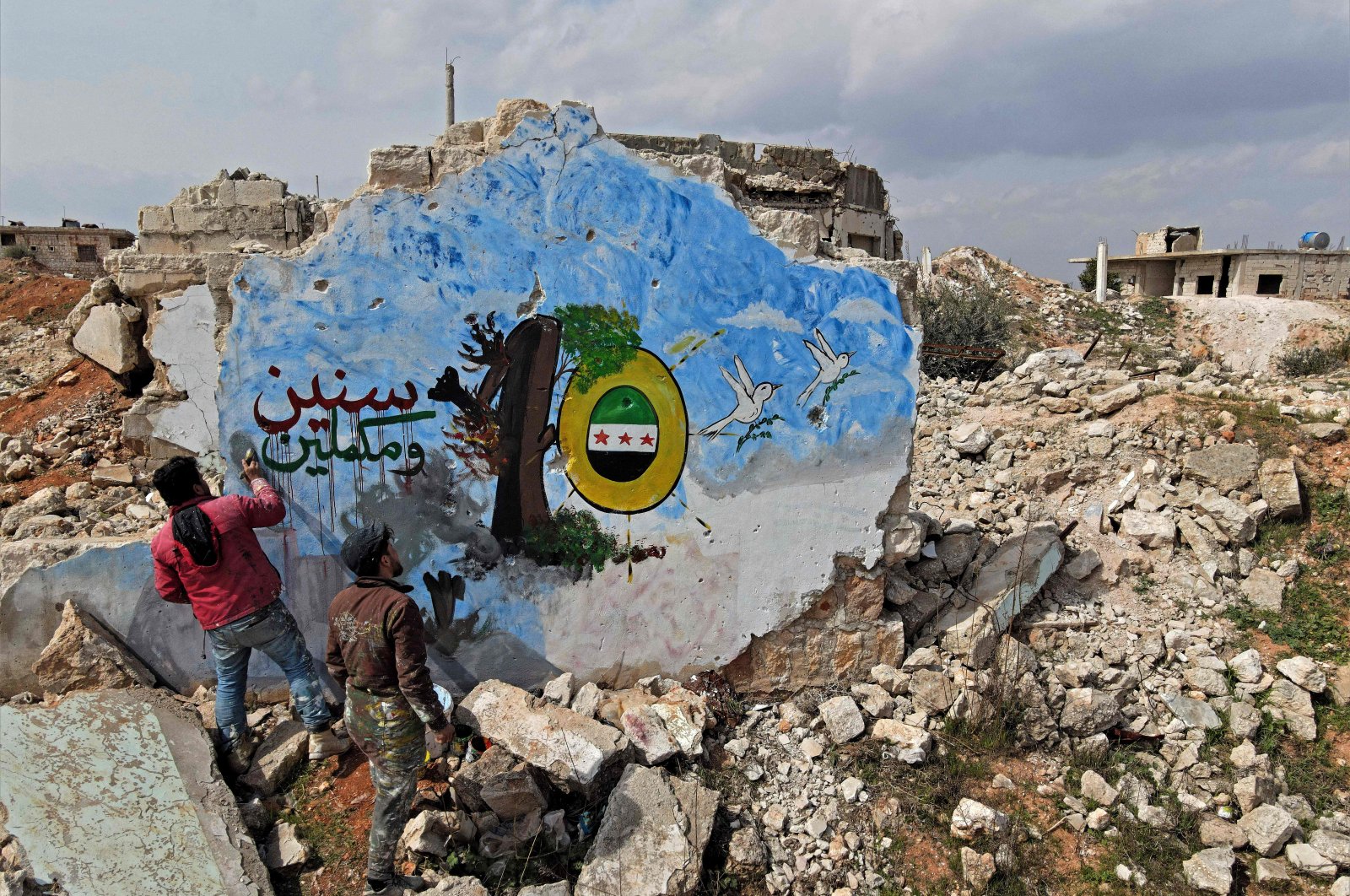 Syrians paint a mural on the remains of a building to mark 10 years of the Syrian war, in the opposition-held town of Binnish in Syria's northwestern province of Idlib, March 11, 2021. (AFP)
by French Press Agency - AFP
Mar 14, 2021 2:28 pm

The overall death toll for Syria's civil war has reached 388,652 since it began a decade ago this month, a war monitor said Sunday.

The Britain-based Syrian Observatory for Human Rights said the figures include almost 117,388 civilians, among them more than 22,000 children.

Attacks by the Syrian regime and allied militia forces accounted for the majority of civilian deaths, said the Britain-based monitor, which relies on sources inside Syria for its reports.

The Observatory's previous tally was issued in December and stood at more than 387,000.

Battles slowed this year as a cease-fire held in northwestern Syria and attention turned to containing the coronavirus pandemic.

The Observatory also documented at least 16,000 deaths in regime prisons and detention centers since the conflict erupted in 2011 after the brutal repression of anti-regime protests.

It said, however, that the real number was likely higher because its tally does not include 88,000 people believed to have died of torture in regime prisons.

Today, the Damascus regime controls more than 60% of Syria after a string of Russia-backed victories against the opposition conducted since 2015.

Among the regions still beyond its reach are the last opposition stronghold of Idlib in the northwest, Turkish-held areas along the northern border and northeastern parts of the country held by U.S.-backed YPG terrorists, the Syrian wing of the PKK terrorist group.

The war has forced more than half the country's pre-war population to flee their homes.

Some 200,000 people have gone missing, according to the war monitor.