Syrians continue to suffer under regime despite cease-fire, coronavirus outbreak 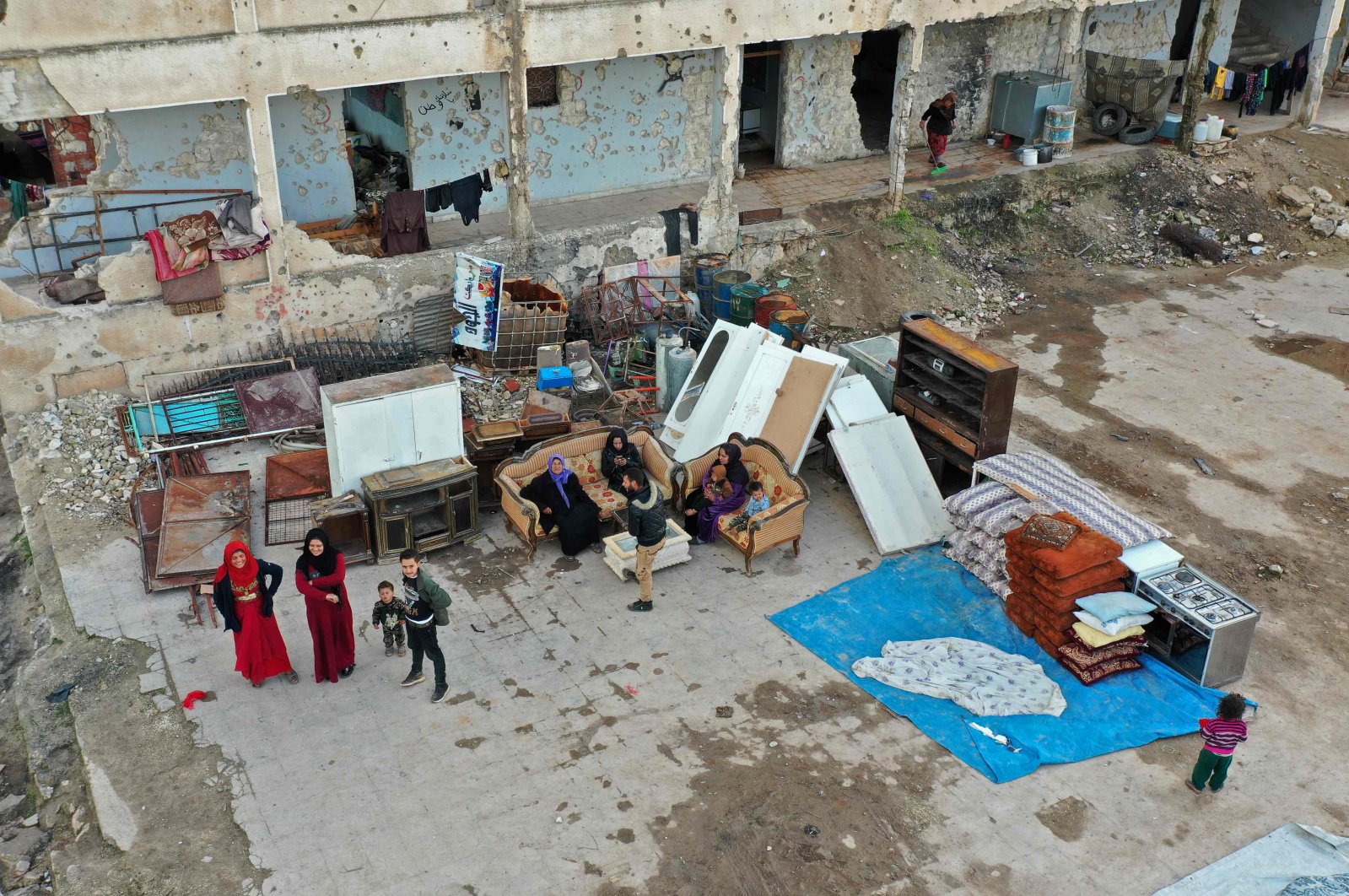 Despite the ongoing cease-fire in the country's northwest as well as the coronavirus outbreak that poses yet another threat to the country's civilians, the suffering of the Syrians at the hand of the regime forces failed to come to an end as 145 people were killed last month.

According to a recent report by the Syrian Network for Human Rights (SNHR), those who died included 28 children and 16 women, as well as two medical personnel. It is also documented that 14 of the killings were because of torture and "at least" five massacres.

"At least 36 attacks on vital civilian facilities were recorded in March, of which 11 attacks were on schools, one was on a medical facility and 15 others were on places of worship," the report said, pointing at Russia-backed Bashar Assad regime as the main perpetrator of such crimes.

The regime has "committed various crimes of extrajudicial killings, arrest, torture and enforced disappearance. In addition, the indiscriminate attacks they carried out caused the destruction of various facilities and other buildings. There are reasonable grounds to believe that the war crime of attacking civilians has been committed in many cases," the report highlighted.

It further emphasized that the Syrian regime has violated international humanitarian law and customary law, and a number of U.N. Security Council resolutions, "particularly resolution 2139, resolution 2042 on the release of detainees, and resolution 2254, all without any accountability."

Calling on Russia to launch investigations into the aforementioned incidents and make the findings of these investigations public for the Syrian people, and hold the individuals involved accountable, the report demanded from the Russian government, as a guarantor party in Astana talks, to stop "thwarting de-escalation agreements, achieve a breakthrough in the issue of detainees by revealing the fate of those forcibly disappeared by the Syrian regime, and stop using cluster munitions and incendiary weapons."

Despite the continuation of the attacks and a number of killings, the civilian death toll in February was more than double of March when a regime offensive on Syria's last major opposition stronghold was still in full swing. According to the Observatory, the number of deaths that month stood at 275.

The cease-fire in northwestern Syria's Idlib was reached in Moscow last month after talks to contain the escalating conflict. The meeting came after regime forces attacked Turkish soldiers and civilians on the ground, causing Turkey to launch a renewed operation in Syria.

The cease-fire deal came amid recent clashes between the Turkish military and Syrian regime forces that left many dead on both sides. As part of the agreement, all military activities ended in Idlib and a security corridor has been established 6 kilometers (3.7 miles) deep to the north and to the south of the M4 highway.

Currently, Turkish soldiers are stationed in the region to protect the local population and moderate opposition groups.

In response to the migration crisis and regime aggression, Turkey said it could not absorb a new migration wave while already hosting nearly 4 million Syrian refugees and called on the European Union and NATO to actively support Turkey’s policies in northern Syria in order to protect civilians and provide stability.

The fate of the displaced has been a key concern of aid groups amid an outbreak of the novel coronavirus, which has killed two and infected eight others in the country.

The U.N. has appealed for a nationwide cease-fire to tackle the coronavirus threat, while aid groups have warned of a health catastrophe if the pandemic hits overcrowded displacement camps or crammed regime prisons.

Last month, the U.N.'s envoy to Syria, Geir Pederson, called on warring factions to implement an immediate cease-fire across the entire country so that the new coronavirus could be contained.

The Syria mediator issued his call one day after U.N. Secretary-General Antonio Guterres appealed for a global end to fighting to tackle the pandemic.

The war in Syria has left more than 380,000 people dead since it started nine years ago.

The highest civilian death toll recorded in a month since the start of the conflict was 1,590 in July 2016, when battles between the opposition forces and the Bashar Assad regime raged in the northern province of Aleppo.