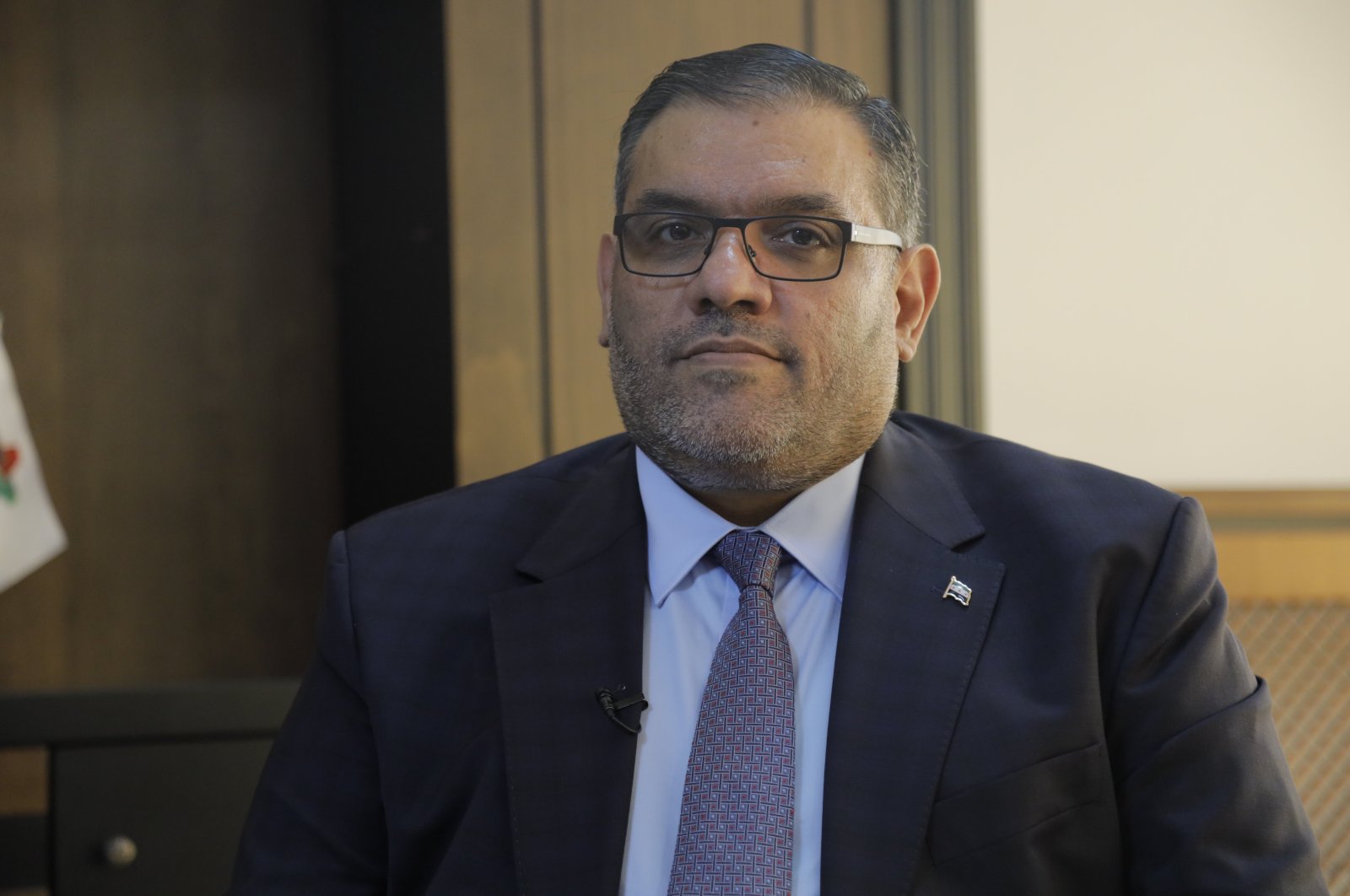 The head of the Syrian Opposition and the Revolutionary Forces (SMDK), Anas al-Abde. (AA)
by Daily Sabah with Agencies Mar 26, 2020 1:11 pm
RECOMMENDED

The head of the Syrian Opposition and the Revolutionary Forces (SMDK), Anas al-Abde, called on the International Committee of the Red Cross (ICRC) on Thursday to launch an examination into Syrian regime prisons to look for signs of a coronavirus outbreak.

According to the statement released on the SMDK’s website, al-Abde sent a letter to ICRC President Peter Maurer, urging him to visit regime prisons. In the letter, he expressed that thousands of imprisoned people are at risk of catching the disease and asked the ICRC to check on the health conditions of the prisoners. “This plague can spread to prisons. The regime may use this situation for its own interest and get rid of the prisoners (by letting them die),” al-Abde stated.

According to opposition sources, the Assad regime has imprisoned at least 500,000 people since the conflict began in 2011.There are still about 130,000 Syrians in detention centers.

Last year, The Conscience Movement, an international nongovernmental organization (NGO), called on the global community to take urgent action to secure the release of women and children languishing in Syrian prisons during an international conference in Istanbul.

At the conference, it was stated that more than 13,500 Syrian women have been jailed since the conflict began in March 2011, while more than 7,000 women still remain in detention, where they are subject to torture, rape and sexual violence.

Meanwhile, the ICRC released a statement on its website, expressing that there is a high risk that the virus can spread into the prisons. It highlighted that conditions in the prisons, particularly overcrowding, lack of air conditioning, bad infrastructure and poor hygiene, assist the spread of the virus.

According to the Syrian regime, there are only five cases of COVID-19 in Syria. On Sunday, the regime announced its first case, while rolling out tight measures as the disease swarmed neighboring countries. Unconfirmed reports suggested the virus had been detected earlier but covered up, a charge officials have denied

A report published by the Syrian Network for Human Rights (SNHR) states that at the Syrian regime’s current rate, it would take 325 years to release the 130,000 detainees, even if it ended all new arrests.

"Since the previous Legislative Amnesty Decree No. 20 was issued on September 15, 2019, the Syrian regime has never stopped carrying out arbitrary arrests, noting that at least 665 cases of arbitrary arrest carried out by Syrian regime forces have been documented, along with the documentation of the deaths of 116 individuals due to torture in the Syrian regime’s detention centers between September 15, 2019, and March 22, 2020, the date of the new amnesty decree’s publication," the report said. "By subtracting the number of detainees and the number of those released during the same time period we find that the Syrian regime has increased the total number of detainees in its custody by around 430 new cases, meaning that, as the report states, the amnesty decrees are all meaningless, with the regime continuing to practice with its customary policy – terrorizing and threatening society with widespread and illegal operations of arrest and transferring detainees for torture and enforced disappearance."

The report also attributed to "the publication of the new partial amnesty decree to the Syrian regime coming under pressure from international organizations as well as from other countries’ governments to release numbers of detainees after the spread of the COVID-19 pandemic."