Taliban has to stop occupation in Afghanistan, Erdoğan says 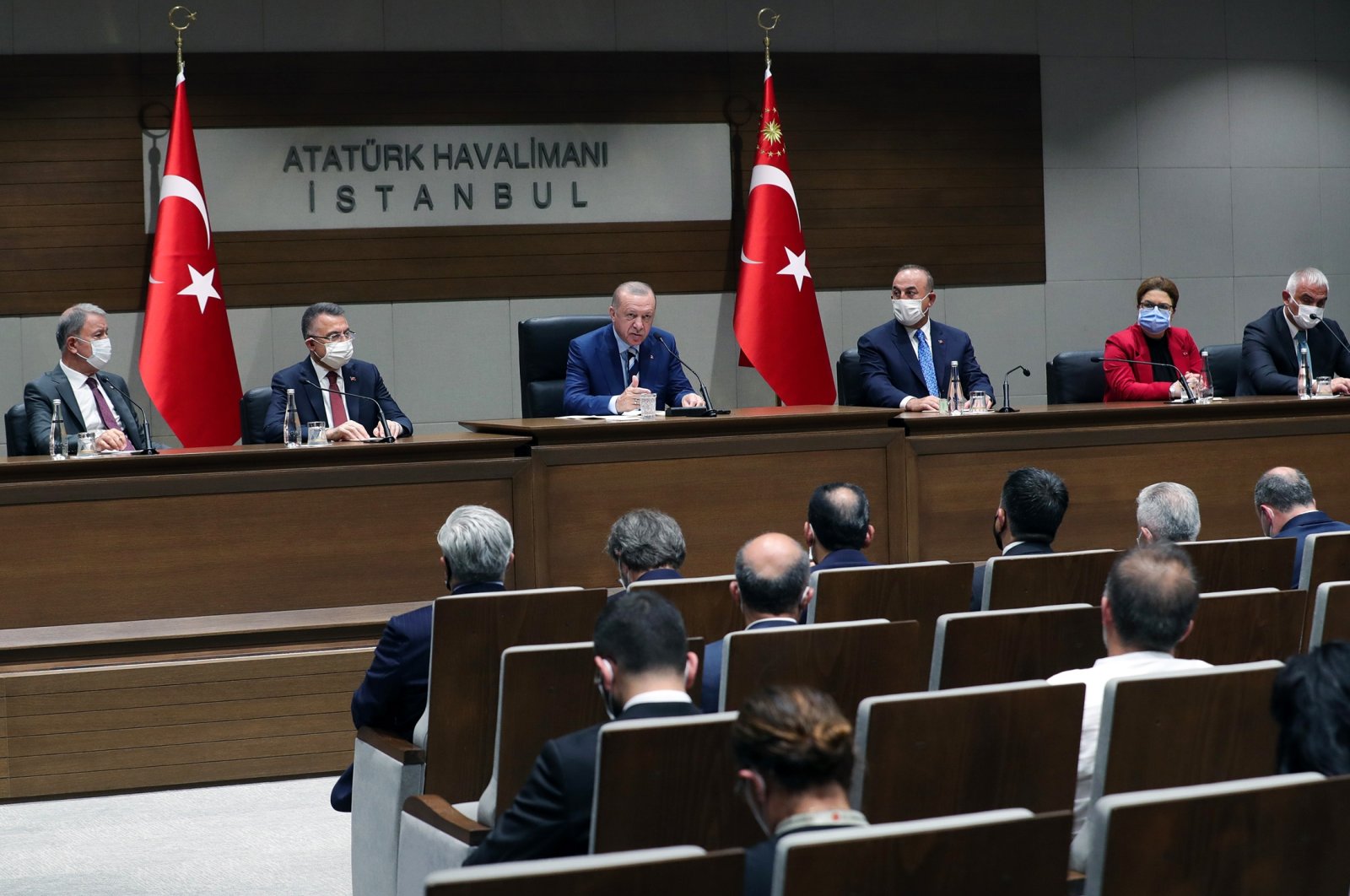 The Taliban must stop its occupation of Afghanistan, Turkish President Recep Tayyip Erdoğan stated on Monday, underlining that it is utilizing the wrong approach.

"The Taliban should end the occupation of the soil of their brothers," Erdoğan stated in a press conference upon his departure to Northern Cyprus.

The insurgents capitalized on the final stages of the withdrawal of U.S. and other foreign troops from Afghanistan to launch a series of lightning offensives across the country.

The group is now believed to control roughly half of the nation's 400 districts, several important border crossings as well as having laid siege to a string of vital provincial capitals.

The U.S.-led military coalition has been on the ground in Afghanistan for nearly two decades following an invasion launched in the aftermath of the Sept. 11, 2001 attacks.

Fears are growing that Afghan forces will be overwhelmed without vital coalition air support, allowing for a complete Taliban military takeover or the start of a multisided civil war in a country awash with weapons following nearly four decades of fighting.

Erdoğan stated further that Turkey plans to talk with the Taliban over Kabul airport.
Turkey, whose forces in Afghanistan have always consisted of noncombatant troops, has offered to guard the airport as questions remain on how security will be assured along major transport routes and at the airport, which is the main gateway to the capital Kabul. The security of the airport is crucial for the operation of diplomatic missions out of Afghanistan as Western forces pull out.
The airport is in a strategic location close to the Afghan presidential palace and foreign diplomatic missions in Kabul and is the only place from which to evacuate diplomats in emergency situations.
The Turkish Foreign Ministry has called for a fair burden-sharing of the task given that “uninterrupted, safe operation of the airport is indispensable for the continued presence of diplomatic missions in Afghanistan.”
At the end of a series of meetings with NATO leaders on the sidelines of the alliance summit in June, Erdoğan stated that Turkey was seeking Pakistani and Hungarian involvement in the mission in Afghanistan following the departure of the U.S.-led NATO force.
However, the Taliban have opposed Ankara’s proposal, saying that Turkey should also withdraw its troops in line with the 2020 deal for the pullout.