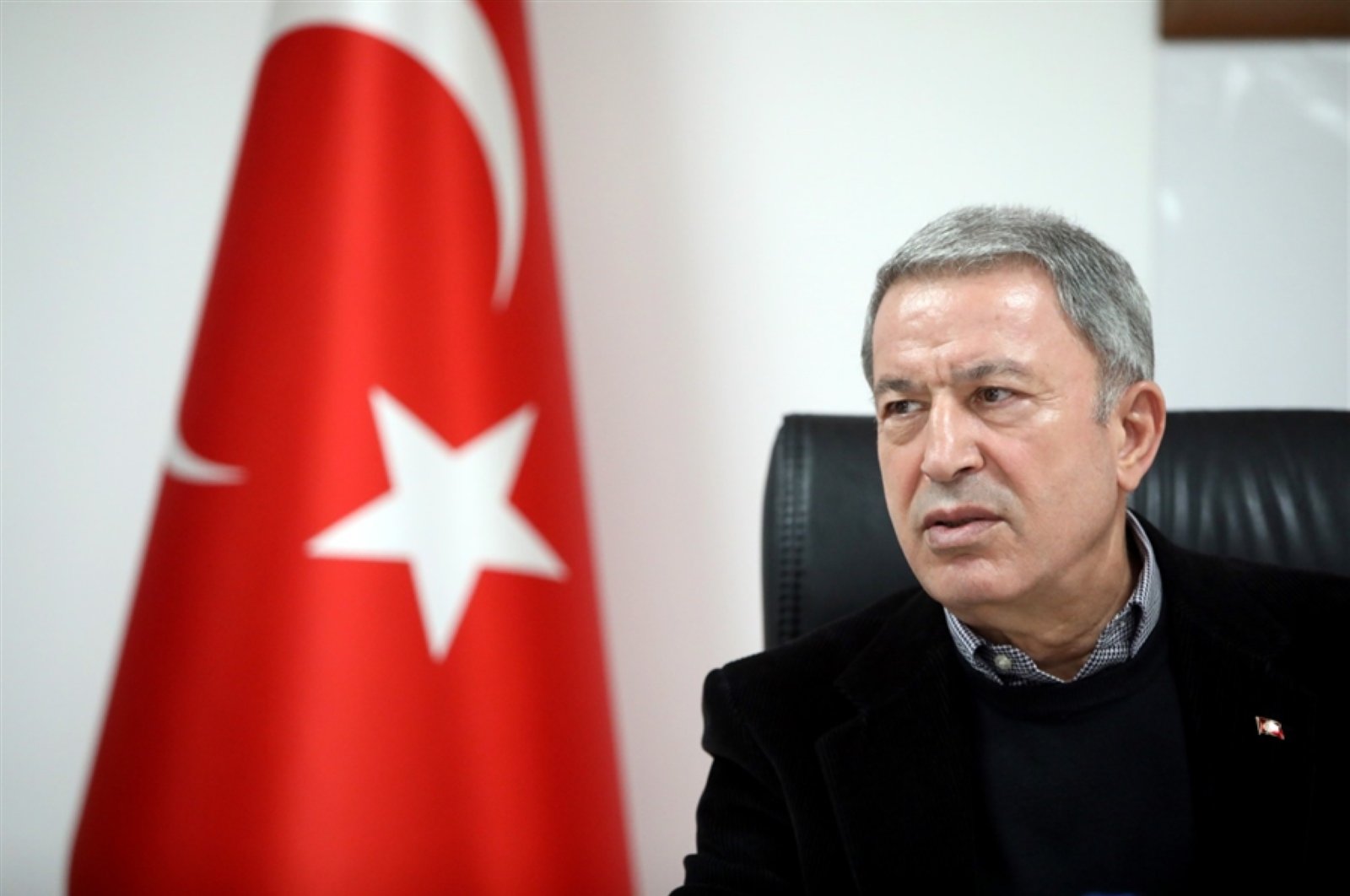 Defense Minister Hulusi Akar on Wednesday called the ongoing talks in Ankara with Russian officials on conducting joint patrols and upholding the existing cease-fire in northwestern Syria "positive and constructive."

Saying that efforts within the framework of the recent deal were continuing, the minister said, "Up until now, the situation has been calm. Our existence with all our elements in Idlib continues. We hope that the cease-fire will be permanent, that the bloodshed will continue to cease, that stability is ensured as soon as possible in order to enable the safe and voluntary return of our Syrian brothers to their homes and land." Akar added that Turkey has fulfilled all kinds of obligations and will from now on continue to stick by its promises, while the same is expected from the Russian side.

On the second day of the talks, both sides will discuss in detail what can be done within the scope of the recently reached deal. The minister further indicated that bilateral contact continues and reminded that he had a phone call with his Russian counterpart Sergey Shoygu. Both ministers exchanged views on ways to achieve a permanent cease-fire among conflict parties in Idlib, according to the Turkish National Defense Ministry on Tuesday.

The fulfillment of obligations under the agreements and continuation of efforts to maintain peace and stability in the region were also emphasized during the conversation, according to the ministry.

The patrols are slated to take place along the highway between the settlement of Trumba, 2 kilometers (1 mile) to the west of Saraqib, and the settlement of Ain al-Havr, according to the deal reached last week between President Recep Tayyip Erdoğan and his Russian counterpart Vladimir Putin in Moscow. The centerpiece of the deal was a cease-fire, which commenced on Friday.

Some pundits said the beginning of the patrols would help ensure the security of the region as it would stop the Syrian regime from attacking civilians. Turkey's military will patrol to the north of a security corridor being set up around a highway in Idlib, and Russian forces will patrol the southern side.

The Syrian regime and its allies, Russia and Iran, have consistently broken the terms of previous cease-fires in the area, one in 2018 and another that began on Jan. 12, launching frequent attacks inside the northwestern Idlib province.

Especially since April 2018, the attacks on the last opposition stronghold dramatically intensified and caused new waves of refugees who have fled toward the Turkish border. Officials have said Turkey, which already hosts 3.7 million Syrian refugees, doesn't have the capacity to accept more.

As a result, Turkey, which has the second-largest army in the transatlantic NATO alliance, has funneled troops and equipment into the region in recent weeks to stop the Syrian regime advance and the regime violence, which has spurred civilians to flee toward relatively safer areas near the Turkish border.

Currently, Turkish soldiers are stationed in the region to protect the local population and counterterrorism groups. Still, despite the military escalation, Ankara also has been putting forth efforts to keep diplomatic channels active with Russia in hope of finding a political solution, urging the country to uphold the latest cease-fire.