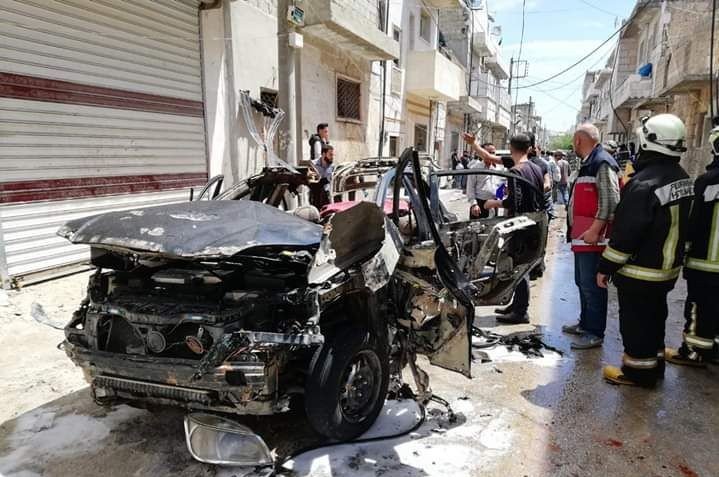 One civilian died in an explosion of a bomb thought to be placed in a vehicle by the YPG/PKK terrorist organization in Syria’s northern al-Bab province on Tuesday.

The vehicle was unusable after the attack while the area surrounding it also suffered heavy damage. Security forces investigating the scene determined the possibility that the attack was conducted by the YPG/PKK. The YPG/PKK, which continues its occupation of the Tal Rifaat and Manbij regions, also frequently carries out similar terrorist acts in Azaz, Jarablus and Afrin.

Al-Bab, which was previously ruled by Daesh terrorists who destroyed the infrastructure and displaced thousands of civilians, became a fully functioning city with a local council, schools, hospitals and a university, thanks to Turkey's efforts. The city was liberated three years ago in Operation Euphrates Shield, which was carried out by the Turkish military and the Syrian National Army (SNA). Following its liberation, most of al-Bab's residents returned to the town, with its population almost doubling from 130,000 in February 2017 to 250,000 in February 2020.

However, the YPG/PKK still conducts attacks on civilians in liberated areas, the most recent of which was seen in the northwestern province of Afrin where at least 40 civilians, including 11 children, were killed and 47 others wounded in a YPG/PKK terrorist attack conducted using a bomb-laden fuel tanker.