Top Turkish officials due in Lebanon after Beirut blast 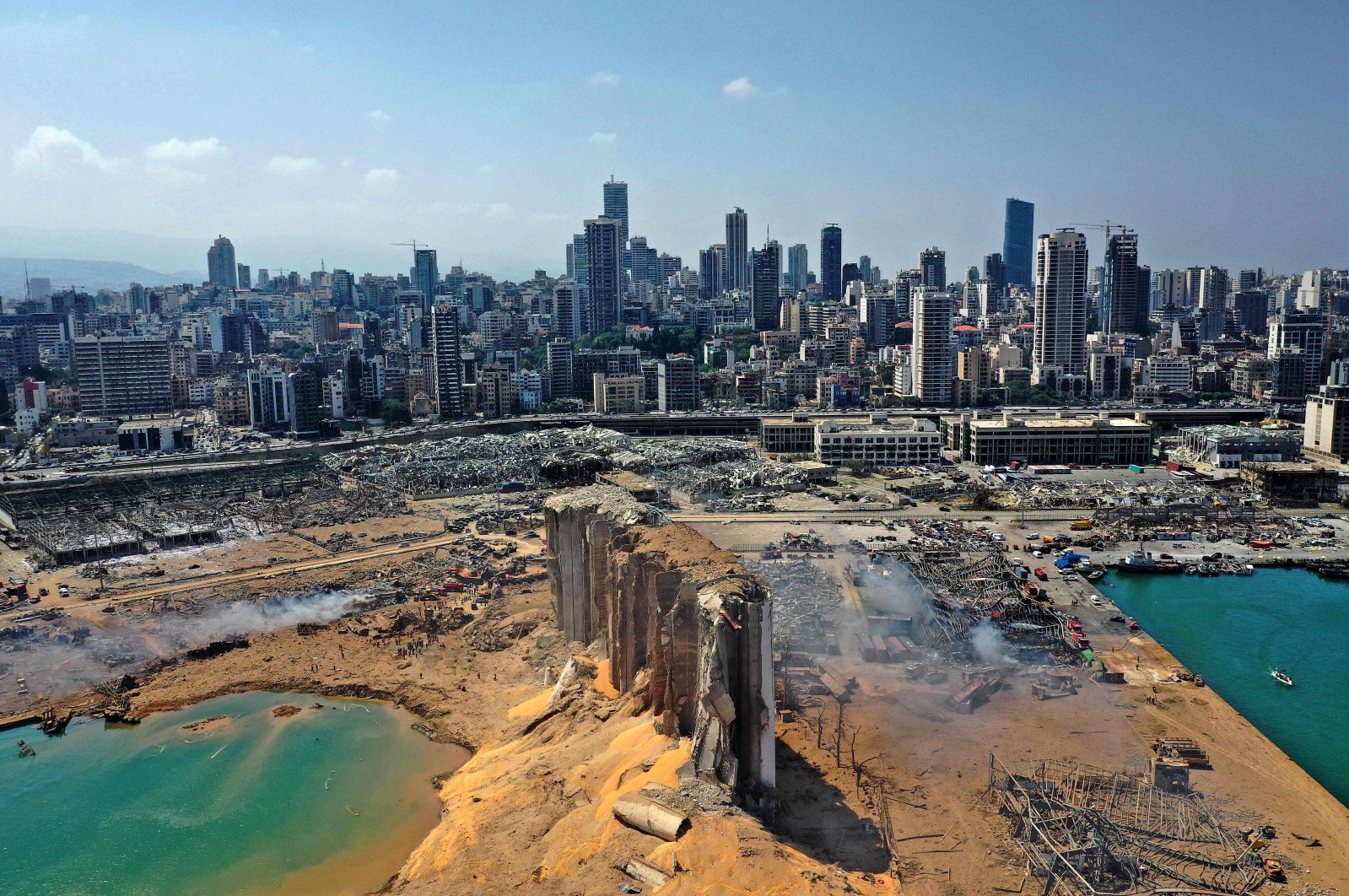 An aerial view shows the massive damage done to Beirut port's grain silos (C) and the area around it, one day after a mega-blast tore through the harbor in the heart of the Lebanese capital with the force of an earthquake, Beirut, Lebanon, Aug. 5, 2020. (AFP Photo)
by Daily Sabah with AA Aug 07, 2020 5:41 pm
RECOMMENDED

A fire at a warehouse at the Port of Beirut led to a huge blast on Tuesday causing massive material damage in several neighborhoods of the capital. At least 154 people were killed and around 5,000 others injured in the tragic incident.

The blast is believed to have been caused when fire touched off 2,750 tons of ammonium nitrate that had been stored at the port since it was taken from an impounded ship in 2013. The cause of the initial fire is not known.

The Lebanese government announced the formation of an investigation committee to probe the blast within a period of five days.

The blast rocked Lebanon while the country is experiencing its worst economic crisis, including a dramatic drop in the value of the Lebanese pound against the U.S. dollar.

Turkey mobilized both state-run aid organizations and charity foundations to heal the wounds of the Lebanese capital.

Following the incident, President Recep Tayyip Erdoğan extended his condolences in a phone call to his counterpart Michel Aoun and the Lebanese people, noting that Turkey stands by Lebanon and is ready to provide any humanitarian assistance needed, mainly health care, to the Lebanese people.

On Wednesday, a Turkish military plane carrying aid and a search and rescue team on Erdoğan's order took off from the capital Ankara and headed to Beirut, safely arriving there early Thursday, authorities announced.

The plane was carrying aid material prepared by the Turkish Health Ministry, the Disaster and Emergency Management Authority (AFAD) and the Turkish Red Crescent (Kızılay).

The AFAD head Mehmet Güllüoğlu said Turkey was preparing to send the required support for Beirut, adding that 20 more National Medical Rescue personnel including trauma experts, surgeons, orthopedics experts and emergency medical doctors will be on their way to Beirut.

Turkey's Humanitarian Relief Foundation (IHH) announced on Wednesday that it extended a helping hand to the people of Lebanon, adding that the IHH ambulance team was mobilized and an on-site search and rescue team was formed through the charity's partner in the region.

IHH also said that repair and renovation works of damaged houses will be also supported by the charity, as well as temporary housing benefits, and food and cash aid will be delivered as part of emergency aid.