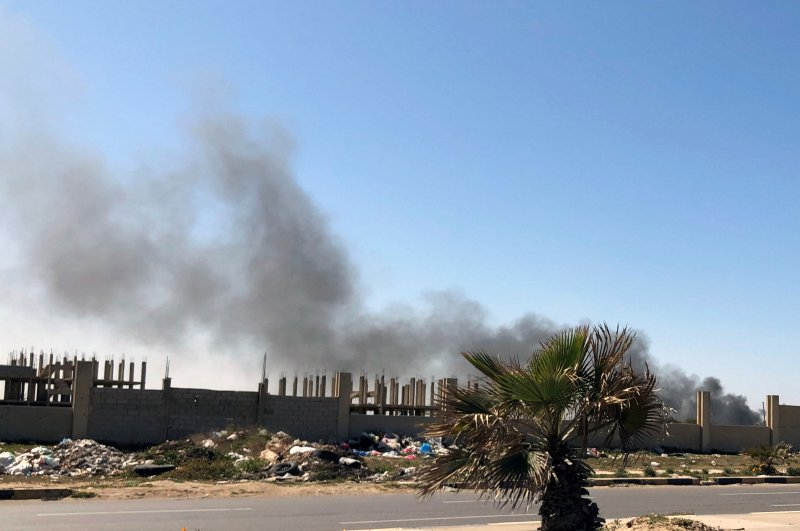 The Mitiga International Airport in Tripoli has come under frequent attacks by forces loyal to putschist Gen. Khalifa Haftar this month.

The airport was hit by Grad missiles, GNA said in a statement, in this week's third attack by the Haftar militias. According to Anadolu Agency sources, more than 60 rockets were fired toward the airport and nearby targets in Tripoli.

Shelling of Mitiga airport has forced a suspension of flights for hours at a time on consecutive days this week and new damage to a hangar was visible after Friday's bombardment.

Following the attack, aviation was suspended for the fifth time at the airport, said the GNA-led Volcano of Rage Operation in a Facebook post.

The attack by Haftar’s forces came as the United Nations tried to hold peace talks in Geneva.

The town council of Abu Salim, a Tripoli neighborhood, posted pictures of damaged houses on Facebook, saying a woman and child had been taken to the hospital.

The internationally recognized GNA has been under attack by Haftar's forces since last April, with more than 1,000 lives lost in the violence.