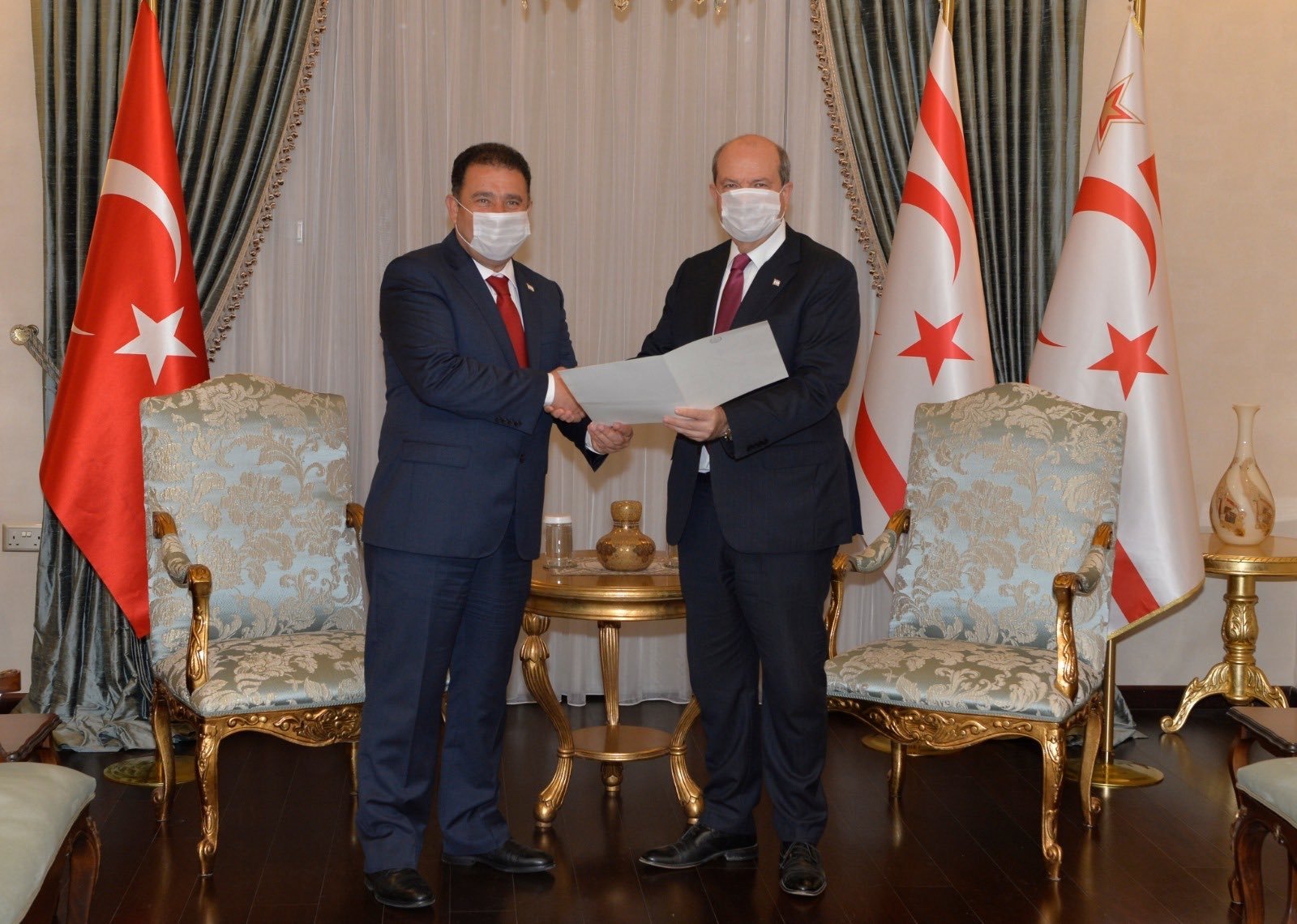 The leader of the Turkish Republic of Northern Cyprus (TRNC) Ersin Tatar (R) assigns the task of forming a new government to the leader of the National Unity Party (UBP) Ersan Saner at the presidency in Lefkoşa (Nicosia), TRNC, Dec. 7, 2020. (AA Photo)
by DAILY SABAH Dec 08, 2020 10:58 am
RECOMMENDED

The leader of the Turkish Republic of Northern Cyprus (TRNC) Ersin Tatar on Monday once again assigned the task of forming a new government to the leader of the National Unity Party (UBP).

Tatar received UBP acting chair, Ersan Saner, at the presidency and authorized him for duty after talks failed twice in recent weeks to form a new government in the TRNC.

In a press conference after the meeting, Saner said there had been a serious vacuum in the country since the previous coalition government, which included the UBP, disintegrated in October.

Underlining that his party would do everything within its mandate to form a government as soon as possible, he said that they had met with members of two other parties the previous night.

"We'll start negotiations immediately ... first thing this evening. I hope that if we can produce positive results from here, we'll carry out all kinds of work to create a model government that will be best for our people," he said.

The People's Party (HP), a member of the former ruling coalition in the TRNC, withdrew from the government ahead of October’s presidential elections, which then-Prime Minister Tatar won.

In efforts of forming a new government following the presidential elections, Tatar had asked Saner to form a government once before on Nov. 7, but talks fell through and the UBP chief returned the reins of government two weeks later.

Tufan Erhürman, the leader of the Republican Turkish Party (CTP), was next in line to make an attempt, but he had also failed by Dec. 3.

The UBP currently holds 20 seats in parliament, while the CTP has 12, the HP six, the Democrat Party (DP) three, Communal Democracy Party (TDP) three and Rebirth Party (YDP) two. Three seats are held by independents after they recently resigned from the HP.

Saner had told reporters he would launch talks with the DP and YDP.