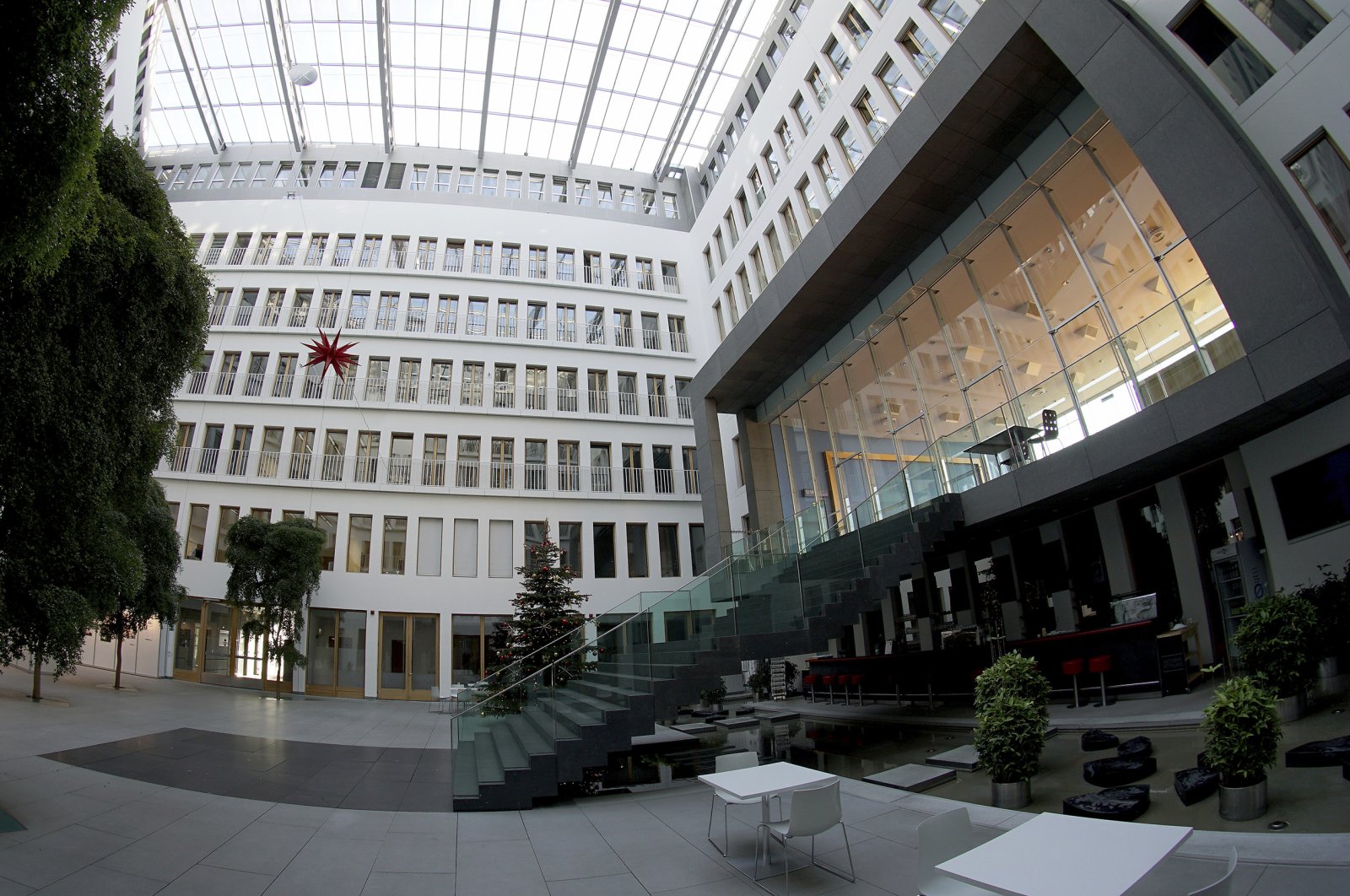 In this Thursday, Jan. 2, 2020 photo the entrance stairs to the main conference hall of the 'Bundespressekonferenz' (Federal Press Conference) is pictured in Berlin, Germany. TRT Deutsch's offices are within this building. (AP Photo)
by Daily Sabah with AA Mar 21, 2020 8:00 pm

A Turkish publication that recently began broadcasting in Berlin received a second threat letter by a racist group on Friday, according to the TRT Deutsch editor-in-chief.

Kaan Elbir told Anadolu Agency (AA) that the letter was sent to TRT Deutsch's office for the second time and was signed by the racist Prinz Eugen Group, carrying the namesake of a special military group among SS soldiers during the Nazi era.

Erbil said the letter contains insults directed at Islam and Turkish President Recep Tayyip Erdoğan. Upon receiving the letter on Friday morning they contacted the police who continued their investigation on the threats.

Employees of TRT Deutsch said that they would not be intimidated in any way and that they would resolutely continue their journalistic work against all forms of racism and right-wing terror.

A previous letter by the same group had been received by the media organization on March 17.

"Keep building your mosques so that enough space is available for our pigs. Get out of Berlin," the letter read.

TRT Deutsch is not the only target of the group. In December the Ditib mosque in Duisburg received a similar letter with the same image and similar insults from the same racist group.

It remains unclear whether the Prinz Eugen Group is an organized right-wing extremist group in Germany.