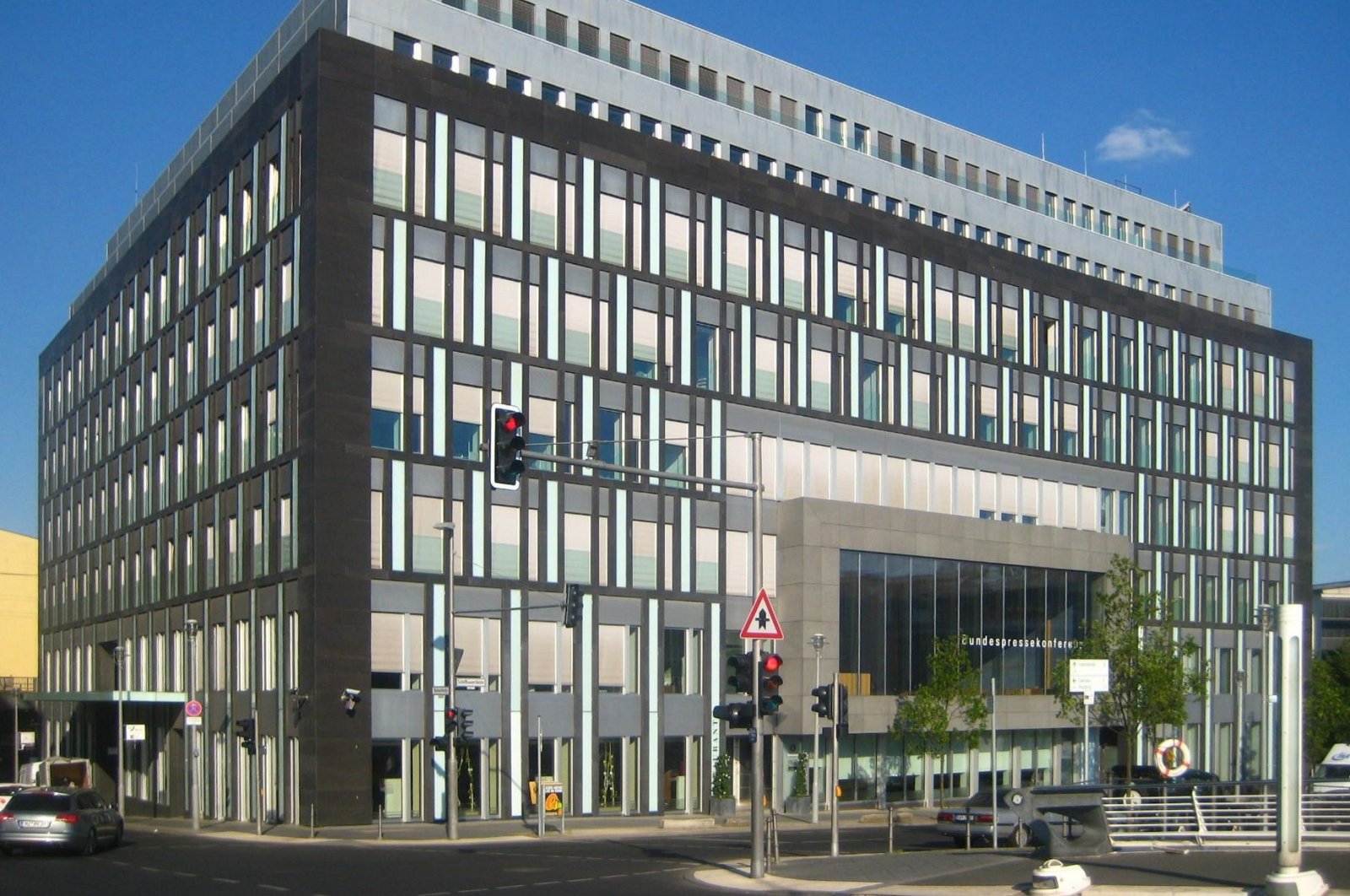 The House of the Federal Press Conference in Berlin where the TRT Deutsch office is located. (Wikipedia, Jörg Zägel)
by Daily Sabah with AA Mar 18, 2020 9:55 am
RECOMMENDED

A Turkish publication that recently began broadcasting in Berlin received a threatening letter from a racist group Tuesday, according to TRT Deutsch's editor-in-chief.

Kaan Elbir told Anadolu Agency (AA) the letter was sent to the TRT Deutsch office and was signed by the racist Prinz Eugen Group carrying the name of a special military group that was among SS soldiers during the Nazi era.

Elbir said there was a pig’s head in the letter and insults directed at Islam and President Recep Tayyip Erdoğan.

"Keep building your mosques so that enough space is available for our pigs. Get out of Berlin,” the letter read. The letter also describes Turks and Arabs as "the garbage of Europe."

Elbir told Daily Sabah that just a few days after the launch of TRT Deutsch in mid-January, the mainstream German media made headlines saying they were "the Turkish propaganda mouthpiece, Erdoğan's branch in Germany."

"In this way, we were marked as the primary target for the Nazis that are enthusiastic in racism and fascism," he said. "This may seem like a simple threat letter, but it is known where our office is, who is on our team," asking that if a physical attack occurred one day, if the German state would take responsibility for inciting this or if it would be just too late at that point.

"In Germany, everyone has to act jointly in the fight against the extreme right. We see ourselves as part of Germany."

The police have launched an investigation.

In December the Ditib mosque in Duisburg received a similar letter with the same image and similar insults from supposedly the same racist group.

It remains unclear whether the Prinz Eugen Group is an organized right-wing extremist group in Germany.