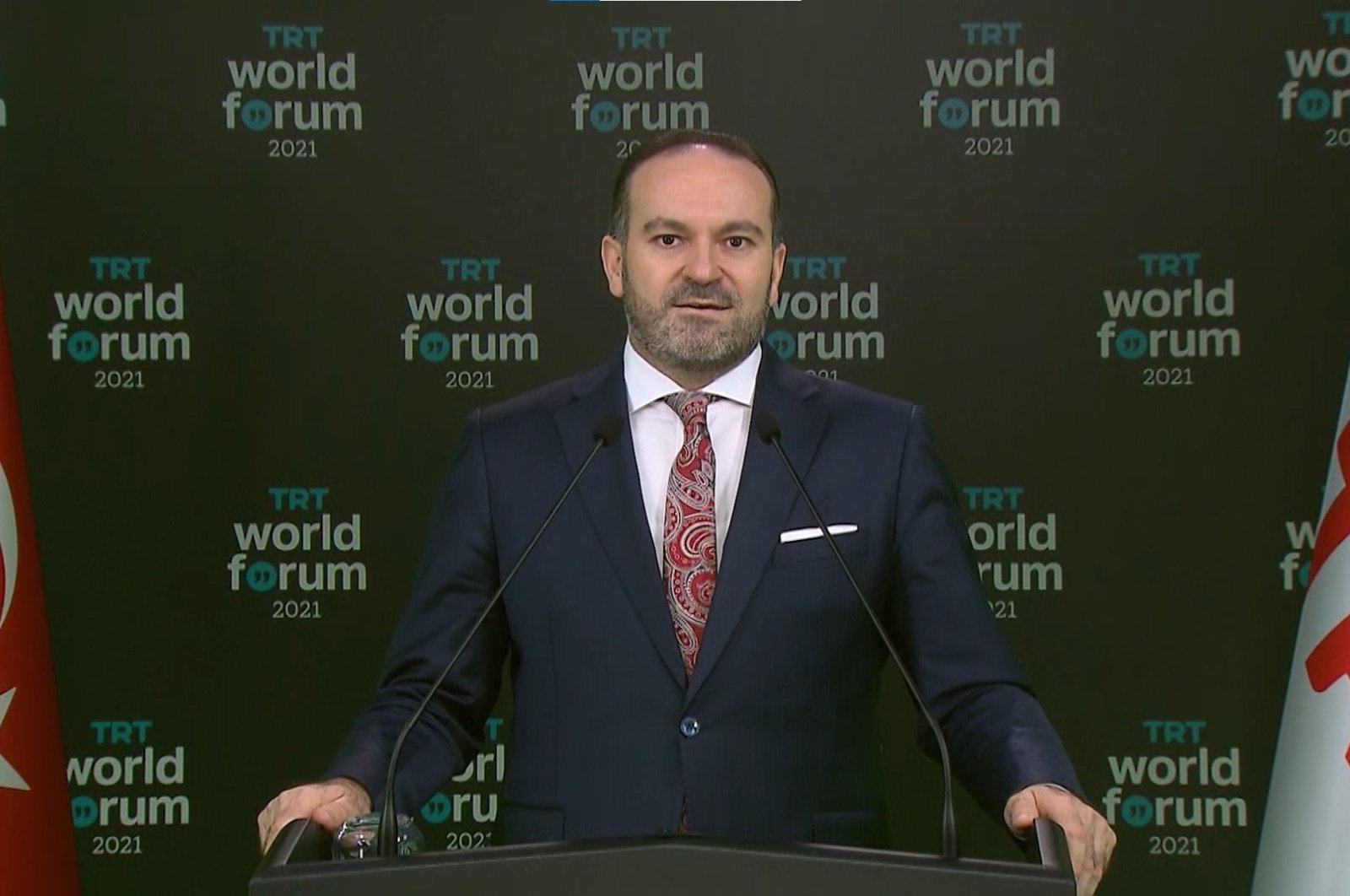 TRT Director-General Mehmet Zahid Sobacı underlined during his opening speech for the 5th TRT World Forum, being held with the theme “Power and Paradox: Understanding Grand Strategy in the 21st Century,” that although there are some physical barriers due to the COVID-19 pandemic, today, the world needs more dialogue, discussions, collective reasoning, exchange of ideas and development of a new approach more than ever.

“Since the end of the 20th century, states have faced a number of common problems that they have never encountered before, cannot solve with their own internal mechanisms and bear a concern for all humanity. Intricate problems that transcend national borders such as global terrorism, pandemics such as COVID-19, ecological disasters, global warming, cybercrimes and cyberattacks, mass migrations and income inequalities have presented multidimensional crises and threats to the global political and economic system. Today, cooperation and interdependence come to the fore for solving problems on an international scale. The effectiveness of the global economic and political system depends on high-level, comprehensive and uninterrupted global cooperation.”

‘Voice of the disadvantaged’

Emphasizing that crises, problems and changes cannot be considered in isolation from the digitalization process, Sobacı stated:

“The digitalization process occasionally fulfills its expected function of contributing to democratization. The digitalization process, on the other hand, can result in a social media message sparking diplomatic crises, cybersecurity problems and international problems that must be addressed, such as disinformation, false news and perception management operations based on forged communication. In this regard, today, international platforms where these problems are discussed and solutions are developed are more valuable than ever. With the TRT World Forum, we bring global and regional issues to the agenda of the international community from a multivocal and multidimensional perspective. We strive to be the voice of disadvantaged geographies, societies and individuals with our human-centered broadcasting approach. In accordance with our broadcasting principles, we communicate our sensitivity to all crises that threaten our globe to seven continents in 41 languages ​​and dialects through our television and radio channels, as well as our digital platforms.”

Sobacı indicated that the era of challenges facing humanity is a process in which not only states but also many actors and institutions are involved and as one of these actors, broadcasters have great responsibilities and continued:

“A new broadcasting approach shedding light on today's problems and contributing to the increase of social and global awareness has become an integral part of the digital governance era. In this context, we consider the TRT World Forum extremely valuable as a platform for intellectual debate in shaping the future. The forum highlights the difficulties of interpreting and understanding problems from a single point of view and underlines the need for multiple viewpoints. A new international order is taking shape, and there are intricate global problems in this new order. We believe that these problems can only be resolved by discussing them on a global scale. We can only make sense of all the problems, from climate change to terrorism, food safety to global armament and internal conflicts to risks posed by interstate global competition, by approaching them in a multidimensional and holistic manner. Our problems are global, and thus the solution to them should be based on cooperation.”

Sobacı, who stated that policymakers are under intense pressure to adapt and change in the face of a constantly changing strategic environment, concluded his speech thusly:

“Many of the assumptions we have held for so long are no longer valid. Therefore, we must devise a strategy that prioritizes multilateralism over isolation. We have to develop new ideas and set new goals through international platforms such as the TRT World Forum. We will discuss global issues that concern all of humanity for the next two days. This year, we are hosting nearly 100 speakers from more than 30 countries at the TRT World Forum. The participants will involve us in a dialogue in which they will share their thoughts on the complex and difficult issues of the world at this strategic juncture. The participants will discuss the content of the grand strategy implemented in various geographies and contexts. They will discuss current and potential interests, as well as long-term strategic concerns, in regional and global politics. In addition, they will go beyond the traditional understanding of global politics to focus on our shared responsibilities and actions.”