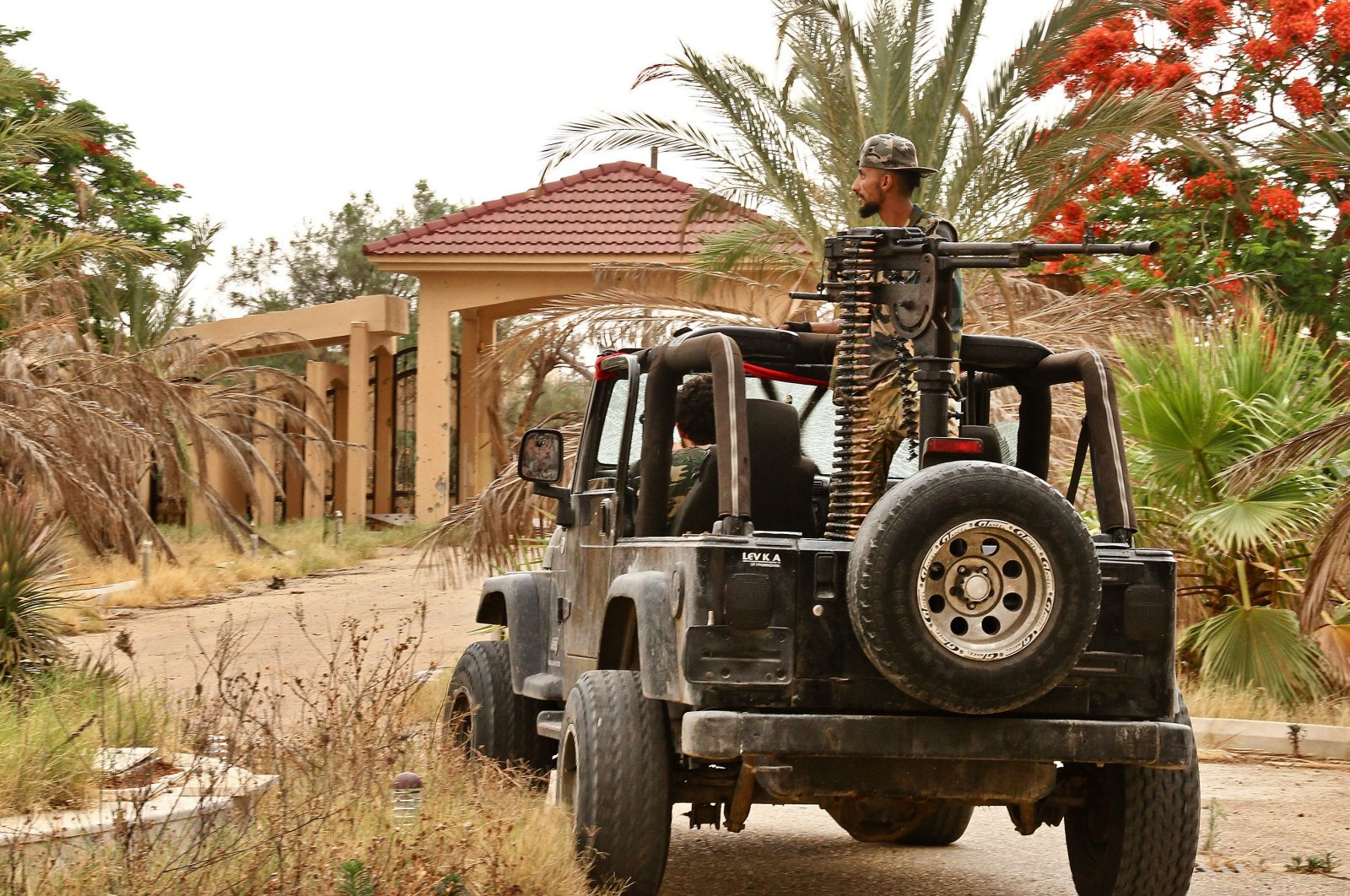 Fighters loyal to the internationally recognized Libyan Government of National Accord (GNA) are pictured during clashes with forces loyal to putschist Gen. Khalifa Haftar in an area south of the Libyan capital Tripoli on June 1, 2020. (AFP Photo)
by Anadolu Agency Jun 02, 2020 12:26 pm
RECOMMENDED

Neutrality on Libya is meaningless, Tunisia's parliament speaker Rachid Ghannouchi said Tuesday. Speaking in an interview with Anadolu Agency (AA), Ghannouchi, who is the head of the Ennahda Movement, underlined that a political solution is the safest way to end insecurity and chaos in Libya.

"Libya's neighbors cannot live in carelessness. If there is a fire at your neighbor, you cannot be neutral; extinguishing the fire is a duty and necessity, so passive neutrality makes no sense," Ghannouchi said.

"We call for positive neutrality by pushing all rivals to a political and peaceful solution ... Our vision is that a political solution in Libya is the safest way to overcome insecurity and chaos," he said.

As for the refusal of some Tunisian opposition parties of his communication – as speaker of parliament – with the internationally recognized Libyan government headed by Fayez al-Sarraj, Ghannouchi stressed that his communication "did not exceed the Tunisian diplomacy rules."

He emphasized that Tunisia and its President Kais Saied are in contact with the Sarraj government "because it is the representative of sovereignty according to international legitimacy."

"We have previously met Aguila Saleh, the representative (head) of the Tobruk parliament (in eastern Libya), and this was consistent with positive neutrality," he said.

Ghannouchi stressed that "what brings us together with Libya is not only interests, even though they are necessary."

"Values of brotherhood, cooperation, peace and good neighborliness bring us together with Libya; therefore, we work and communicate according to this vision," he asserted.

"Those who protest against our communication are the people who suggest an alternative to legitimacy, such as contacting unrecognized organizations, which is harmful to the interests of the Tunisian state and people," Ghannouchi said.

"There is no independent country that is not affected by its surroundings and in the Libyan case, Tunisia is directly and deeply affected by what is happening there," he said.

He continued: "We have a long border, trade, economic and social relations with Libya. Tunisian security and the economy are affected by what is happening in this neighboring country."

Ghannouchi expressed his hope that the warring sides in Libya will engage in talks and accept coexistence.

Following the ouster of late ruler Moammar Gadhafi in 2011, Libya's internationally recognized government was founded in 2015 under a U.N.-led political agreement.

The Libyan government has been under attack by forces loyal to eastern putschist Gen. Khalifa Haftar since April 2019, with more than 1,000 killed in the violence. It launched Operation Peace Storm on March 26 to counter attacks on the capital, Tripoli.