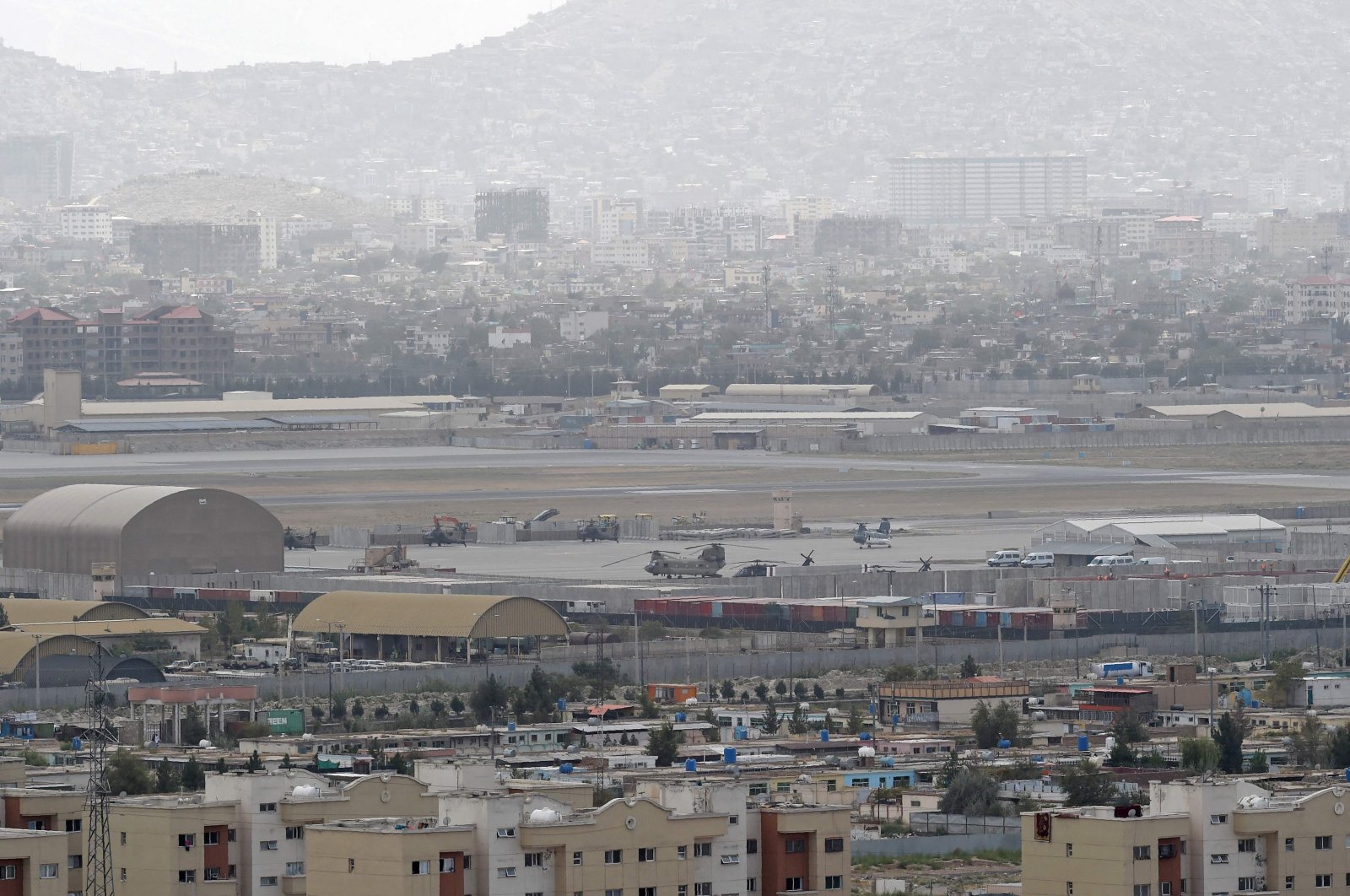 The Turkish Foreign Ministry announced Sunday that all Turkish citizens in Afghanistan should contact the embassy if they want to leave the country after the Taliban advanced into the capital, Kabul.

In a statement, the ministry shared the embassy’s phone number and urged citizens who wanted to leave to “immediately contact” the embassy. It is unclear how the citizens will be evacuated.

The United States had already sent helicopters to its embassy to evacuate staff and citizens.

The statement comes after Taliban insurgents began entering Kabul on Sunday after taking control of all of Afghanistan's major cities apart from the capital. In a nationwide offensive that has taken just over a week, the Taliban has defeated, co-opted or sent Afghan security forces fleeing from wide swaths of the country, even though they had some air support from the U.S. military.

Turkey has plans drafted to evacuate its embassy in Kabul but has yet to make the decision to do so, Middle East Eye Turkey Representative Ragıp Soylu stated Sunday. “Ankara is still evaluating the situation and will decide whether to evacuate based on the developments on the ground,” he said on Twitter.

Ankara has offered to guard and operate the Kabul airport after the U.S. and NATO withdrawal from Afghanistan as questions remain on how security will be assured along major transport routes and at the airport, which is the main gateway to the capital Kabul.

The Turkish Defense Ministry had stated that the details of the mission will be carved out this August.

Turkey has been in Afghanistan for 20 years and has been involved in consultancy efforts, reconstruction and maintenance while operating the airport for six years.

"The decision ... is ill-advised, a violation of our sovereignty and territorial integrity and against our national interests," the group said in a statement in July.

Tens of thousands of Afghans have fled their homes, with many fearing the Taliban's oppressive rule. The group had previously governed Afghanistan under a harsh version of Shariah law in which women were largely confined to the home.