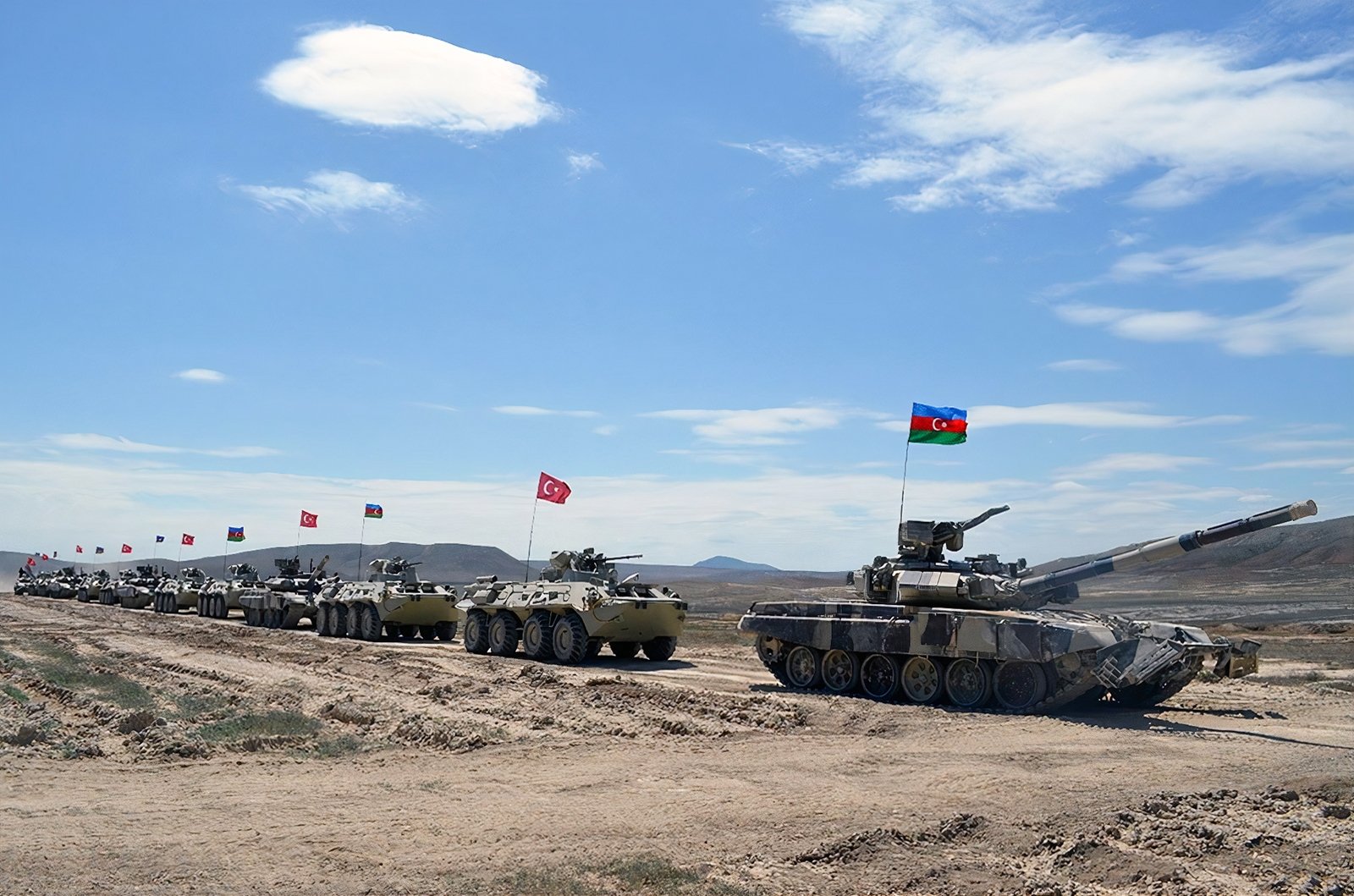 The main objective of the Mustafa Kemal Atatürk 2021 "joint live-fire tactical exercises" that started on June 28 was "to improve interoperability between the armies of the two countries during combat operations, and to develop the military decision-making skills of the commanders."

"The units of the armies of Azerbaijan and Turkey participating in the exercises have successfully completed all the assigned tasks," a statement by the ministry said.

The exercises involved up to 600 military personnel, up to 40 tanks and other armored vehicles, up to 20 artillery pieces and mortars of various caliber, seven combat and transport helicopters, three unmanned aerial vehicles as well as up to 50 auto vehicles, an earlier statement by the ministry said.

The military personnel taking part in the exercises were also given various awards and gifts.

Photographs released by the Azerbaijani Defense Ministry showed a column of armored personnel carriers and tanks from the two countries advancing on flat arid terrain.