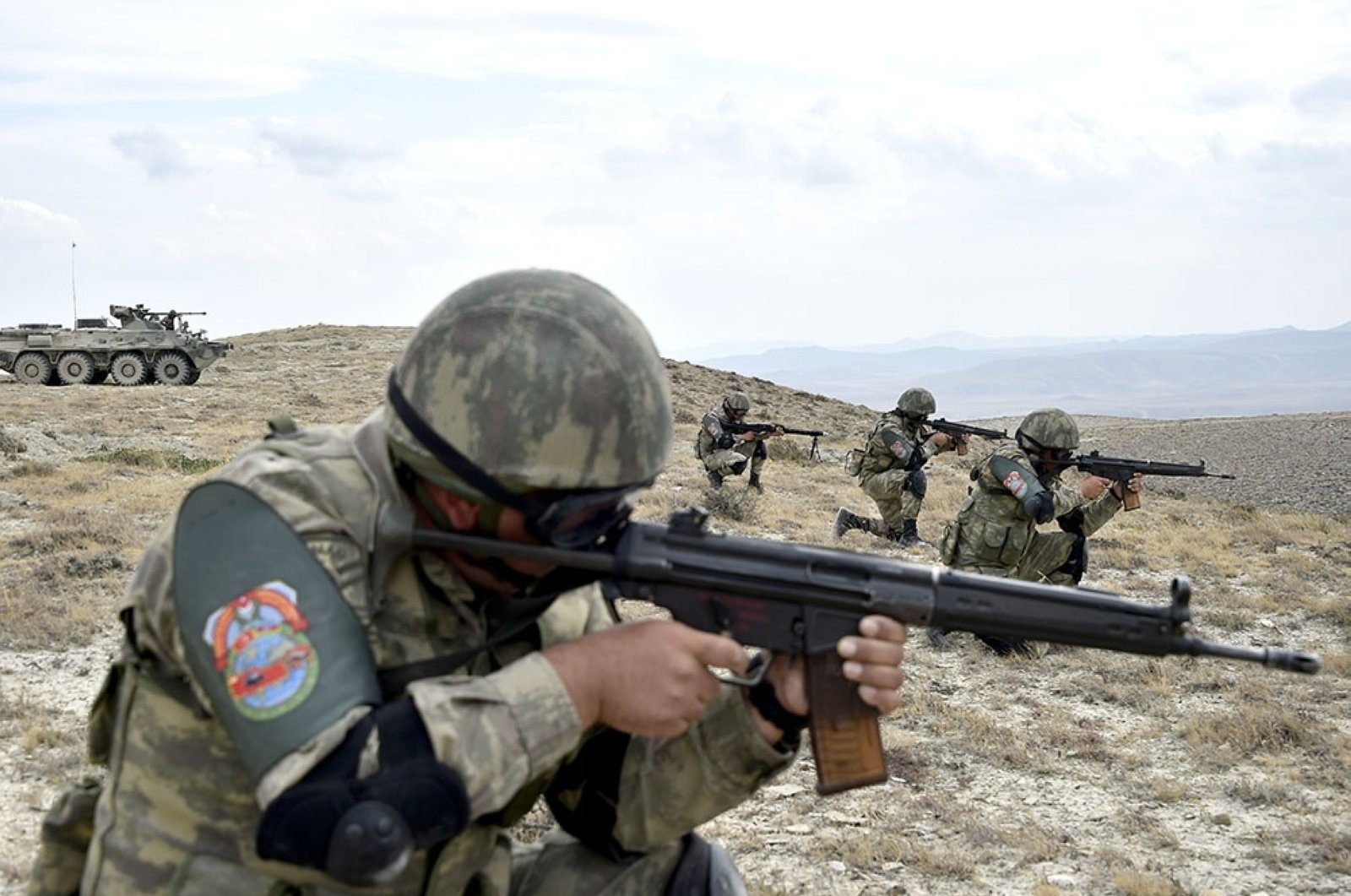 Turkey and Azerbaijan, with the participation of their air and ground forces, continued joint military drills Thursday in the wake of recent Armenian attacks on Azerbaijani border points.

The Azerbaijani Defense Ministry in a statement said the next stage of "large-scale joint tactical exercises" was held in the country based on bilateral military cooperation agreements.

The ministry shared video footage of the exercises.

The war games began on July 29. Aug. 5 was the last day of ground engagements taking place in the Azerbaijani capital Baku and the exclave of Nakhchivan – Azerbaijan's autonomous region bordering Turkey – with artillery, armored vehicles and mortars striking simulated targets.

The Organization for Security and Cooperation in Europe (OSCE) Minsk Group – co-chaired by France, Russia and the U.S. – was formed in 1992 to find a peaceful solution to the conflict, but to no avail.