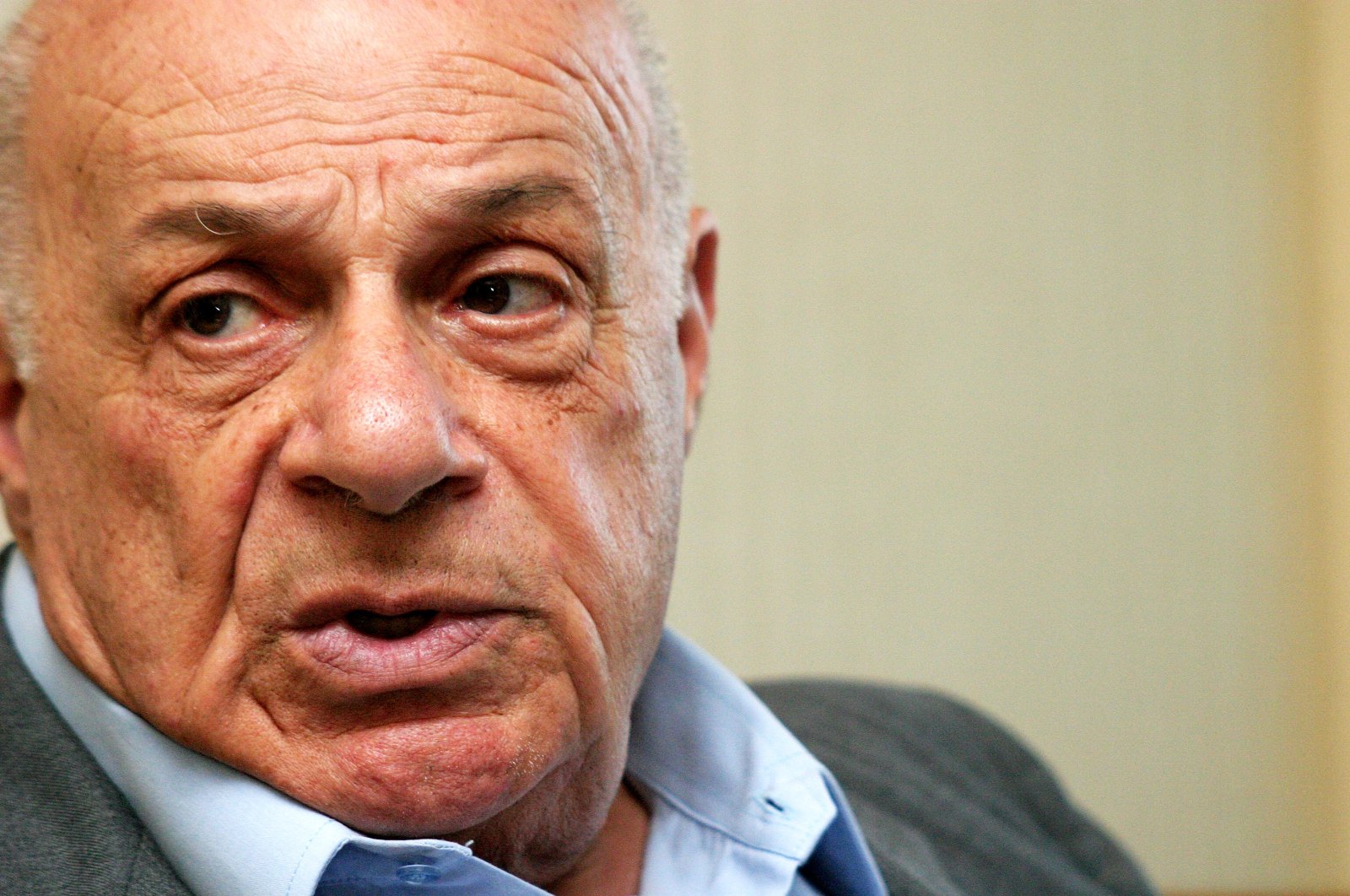 Turkish Cypriot politician and founder of the Turkish Republic of Northern Cyprus (TRNC) Rauf Denktaş is pictured in Istanbul, Turkey, on May 26, 2006. (Shutterstock Photo)
by Anadolu Agency Jan 13, 2021 2:07 pm
RECOMMENDED

Turkey on Wednesday remembered the founding father of the Turkish Republic of Northern Cyprus (TRNC) on the ninth anniversary of his death.

"We will not forget Rauf Denktaş, the founder, first president of the Turkish Republic of Northern Cyprus, and with whom we supported the just struggle of the Turkish Cypriots for years. On the ninth anniversary of his death, I remember Rauf Bey with mercy," President Recep Tayyip Erdoğan said on the Telegram social network.

"I commemorate the late founding President Rauf Denktaş, the great fighter of the Cyprus cause, on his death anniversary. The Turkish Republic of Northern Cyprus, where he fought for its freedom, will continue to exist forever," he said.

"We commemorate the late Rauf Raif Denktaş, the founding President of the Turkish Republic of Northern Cyprus, with respect and gratitude on the ninth anniversary of his passing away," the ministry said in a written statement.

Recalling that Denktaş defended the rights, equality and liberty of the Turkish Cypriot people "with wisdom and devotion," the Foreign Ministry said he was always in close unity with Turkey while fighting for their cause.

"Having shown an outstanding leadership in overcoming every kind of difficulty along this process, Rauf Denktaş, as a defender of one of the most righteous causes of our age, will always retain his exceptional place in our hearts and in history," the ministry added.

Reiterating the commitment to the "common national cause," it underlined its solidarity with the Turkish Cypriot people.

Denktaş was born on Jan. 27, 1924, in the western Cypriot city of Paphos (Baf). He studied law in Turkey and Britain and returned to Cyprus in 1947, becoming an active member representing the Turkish Cypriot community before the British administration while serving as a prosecutor from 1949 and 1958.

In 1957, in response to attacks by the EOKA militants aiming to unite the island with Greece, Denktaş, along with two friends, formed the Turkish Resistance Organization (TMT), which aimed for the partition of Cyprus. Denktaş also played a significant role in representing the Turkish Cypriot community before Ankara, London and the United Nations during negotiations that resulted in the London and Zurich Agreements in 1959, paving the way for the independence of the Republic of Cyprus in 1960.

During the 1960s and early 1970s, Denktaş moved between Cyprus and Turkey while seeking to defend the Turkish community on the island, who were forced by Greek Cypriot authorities to live in enclaves through attacks and massacres. In 1973, Denktaş officially became vice president – a post constitutionally reserved for the Turkish community – but in reality, Turks had no power in the government.

In 1974, a Greek Cypriot coup, followed by violence against the island's Turks and Ankara's intervention as a guarantor power, resulted in the division of the island of Cyprus.

During this period, Denktaş was praised by many for his efforts to improve the statehood of the TRNC, his firm stance in peace talks and for paving the way for institutions for an actual bicommunal structure on the island. However, many also criticized him for having a tight grip on the politics of the Turkish Cypriot community and blocking possible reunification plans with his non-compromising attitude while the Turkish community was facing isolation on the international scene.

This era came to an end in 2004, when nearly 65% of the Turkish Cypriot community approved the peace plan of U.N. General Secretary Kofi Annan in a referendum in July despite the objections of Denktaş. The Annan Plan failed since Greek Cypriots rejected it by a higher margin, but Denktaş, who pledged not to run for another term in May, had to step aside after the referendum.

Denktaş died of multiple organ failure at the Near East University Hospital in Lefkoşa (Nicosia) on Jan. 13, 2012.

Turkey has recently stressed that efforts for a "federal" solution to the divided island of Cyprus have proved hopeless, and any future talks must focus on two separate, sovereign states on the island.

As announced Monday, after a five-year hiatus, Greece and Turkey on Jan. 25 will resume exploratory talks in Istanbul amid tensions in the region. The issue of energy rights and maritime boundaries are set to dominate the talks.

Turkey, which has the longest continental coastline in the Eastern Mediterranean, has rejected the maritime boundary claims of Greece and the Greek Cypriot administration in the region, stressing that these excessive claims violate the sovereign rights of both Turkey and the Turkish Cypriots.

Ankara last year sent several drillships to explore for energy in the Eastern Mediterranean, asserting its own rights in the region, as well as those of the TRNC.