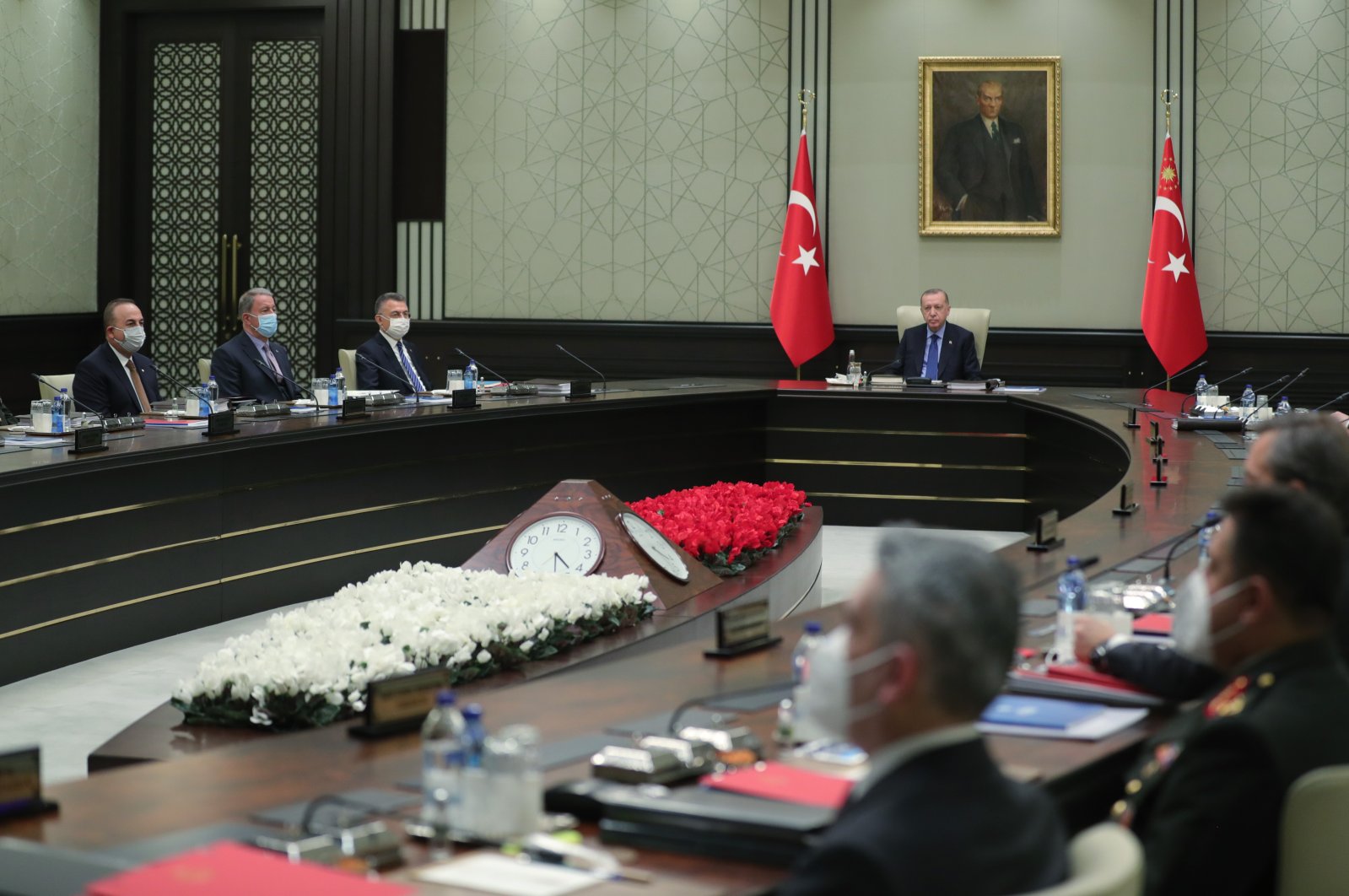 National Security Council (MGK) under the chairmanship of President Recep Tayyip Erdoğan is seen in this photo taken in Ankara’s Presidential Complex on Jan. 28, 2021 (AA Photo)
by Anadolu Agency Jan 29, 2021 12:45 am
RECOMMENDED

Turkey is committed to dialogue and diplomacy, and will continue to decisively protect its rights in the Eastern Mediterranean, Aegean and Cyprus, the country's National Security Council chaired by President Recep Tayyip Erdoğan declared on Thursday.

Underlining that these rights arise from international law, the council said in a statement that Turkey condemned rising terror attacks in Africa, including Somalia, as well as various other regions.

Ankara will continue fulfilling its responsibilities for peace, the statement said.

Assessing steps taken to eliminate terror groups beyond its southern border, the council urged international actors to fulfill their responsibilities in clearing them out, the statement added.

The council was also briefed on ongoing anti-terror operations at home and abroad, especially against the YPG/PKK, Daesh and Gülenist terror group (FETÖ), the organization that perpetrated the failed 2016 coup in Turkey with an aim to overthrow the democratically elected government.

Turkey was one of the first countries to recognize Daesh as a terror group in 2013.

The country has since been attacked by the group's terrorists multiple times. The terror group has carried out at least 10 suicide bombings, seven bomb attacks, and four armed attacks, killing 315 people and injuring hundreds more.

In its more than 30-year terror campaign against Turkey, the PKK-listed as a terrorist organization by Turkey, the US and the EU-has been responsible for the deaths of 40,000 people, including women, children and infants. The YPG is the PKK's Syrian offshoot. Turkey has also recently launched an anti-terror operation against PKK in the eastern and southeastern provinces.

FETÖ and its US-based leader Fetullah Gülen orchestrated the defeated coup of July 15, 2016, which left 251 people martyred and nearly 2,200 injured.