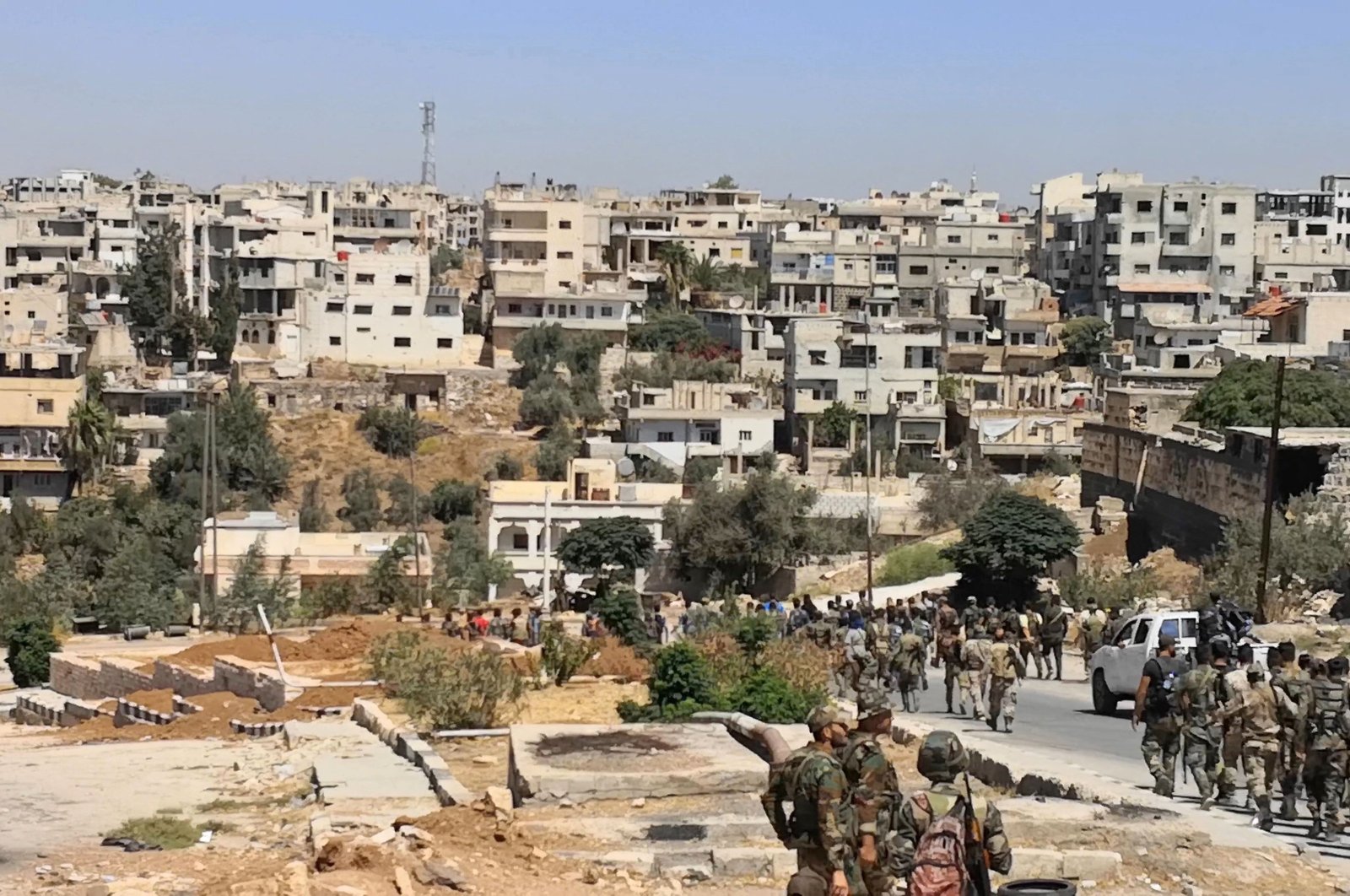 Turkey expressed "concern" on Wednesday over the latest reports of Assad regime forces escalating attacks on the Daraa al-Balad neighborhood in southwestern Syria.

"We are closely monitoring the developments in Daraa with concern," Foreign Ministry spokesperson Tanju Bilgiç said in a written statement.

Citing the Assad regime's intense attacks targeting civilians there, Bilgiç said it is "unacceptable" that the Daraa al-Balad neighborhood and its surroundings are besieged and civilians are forced to flee.

He also dismissed claims that Turkey had agreed to and would accept civilians coming from Syria during mediation attempts between the Assad regime and opposition groups.

Turkey expects the cease-fire agreement that went into effect on Sept. 6 to be "permanent" this time and the inhumane treatment of the people of Daraa to end, Bilgiç added.

Syrian regime troops entered Daraa al-Balad, the birthplace of the uprising against Assad's rule, for the first time since it lost control over the area a decade ago, residents, the army and former rebels said Wednesday.

Army units set up at least nine checkpoints across the city under a Russian-brokered deal between the army and the opposition that was finally agreed on this week. Previous ones had faltered over disagreements over the extent of army control in the area and disarming the opposition.

The regime said state authority was finally established to restore order and security in an area where the first peaceful protests against the Assad family rule broke out in 2011 before security forces cracked down and the unrest developed into civil war.

Pro-Iran army units had for almost two months bombarded the area in several failed attempts to take it and laid siege to neighborhoods that had over 50,000 people, preventing food and medicine from getting through. They also opened a corridor for many civilians to flee.

Under a Russian-orchestrated deal then, the Western-backed Daraa opposition handed over heavy weapons but was allowed to continue its own administration of Daraa al-Balad.

Moscow also gave guarantees to Israel and the United States in 2018 that it would restrain Iranian-backed militias from expanding their influence in the sensitive border region.

After Daraa province surrendered, many residents chose to stay rather than head to remaining opposition-held areas in northern Syria, where tens of thousands of others displaced from recaptured areas have gathered.

Witnesses said dozens of Russian military police took positions in the war-ravaged zone as former opposition forces and civilians handed over light weapons in centers set up by the army as stipulated by the peace deal.

Local officials hope Russia will rein in Iranian-backed local militias whom they say act with impunity and now hold sway in the border area.

Many residents have been growing uneasy about Assad’s secret police, who have once more tightened their control and conducted a campaign of arrests has that has sowed widespread fear.

Daraa al-Balad and other towns in southern Syria have held sporadic protests against Assad's rule since the state regained control of the province, a rare occurrence in areas under state control.

"I am devastated. We had become used to being free and we will now return back to living in humiliation," said Jasem Mahameed, a local elder.

Assad's forces have recaptured about 70% of the country since 2015 and large-scale fighting has subsided in the multi-sided conflict that has killed hundreds of thousands of people, driven millions from their homes, sucked in neighbors and world powers, and caused the largest displacement crisis since World War II.