Assad regime steps up offensive on opposition in Syria’s Daraa 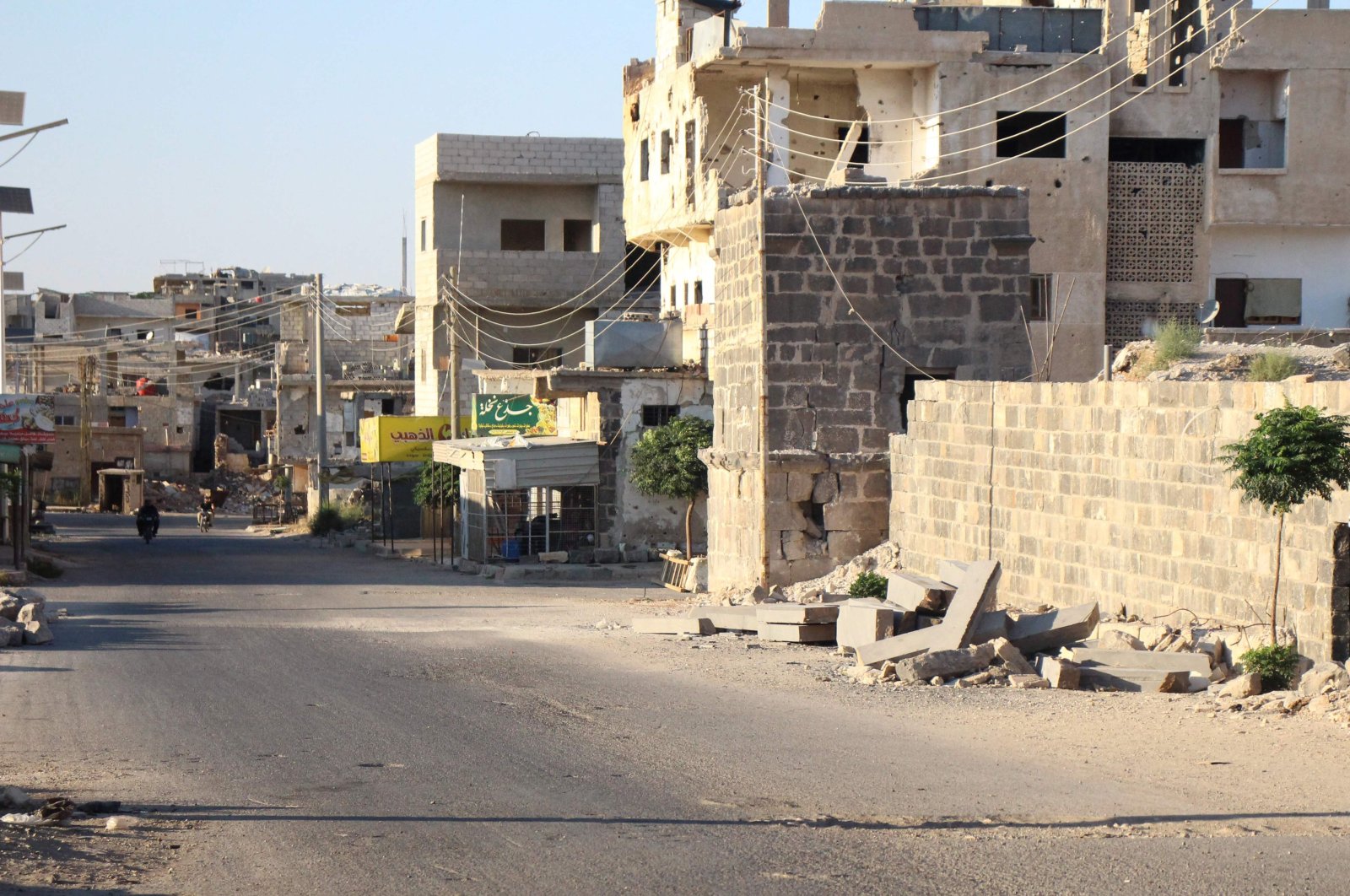 A picture shows the Syrian district of Daraa al-Balad deserted following fighting between regime forces and armed opposition groups in Syria's southern province of Daraa, on Aug. 16, 2021. (AFP Photo)
by Daily Sabah with Reuters
Sep 01, 2021 9:56 am

Syrian elite forces aided by pro-Iranian militias stepped up an offensive on Tuesday against an opposition enclave in a southwestern pocket bordering Jordan and Israel, according to residents, military and opposition sources.

Fighting escalated earlier this week after the collapse of a Russian peace plan meant to avert an all-out offensive against Daraa al-Balad, the core of the city of Daraa that has defied regime authority since surrounding Daraa province was recaptured by Bashar Assad's forces in 2018.

Witnesses and military sources that dozens of improvised missiles were fired into Daraa al-Balad by the regime military's pro-Iranian Fourth Division, backed by Iranian-financed local militias.

Army sources said troops that have encircled the urban opposition bastion for the last two months brought forward reinforcements on Monday ahead of a final thrust into the center of Daraa.

Daraa al-Balad was the birthplace of peaceful protests against autocratic Assad family rule that broke out a decade ago – part of the pro-democracy Arab Spring uprisings – before spreading in response to deadly crackdowns by security forces and morphing into a devastating civil war.

The latest army campaign came amid a spate of attacks over the past 24 hours by remnants of opposition groups on army checkpoints and outposts in Dael, Jasem and other towns across Daraa province, opposition sources and residents said.

A Western intelligence source said several thousand families in towns caught in the crossfire had fled to safer areas near the Jordanian border where the Jordanian army was on alert for a possible new wave of refugees.

The regime army said at least four soldiers were killed in ambushes on troops in the towns of Sanameen and Nawa.

Regime forces, aided by Russian air power and Iranian militias, retook Daraa province in 2018, and Moscow assured Israel and the United States at the time that it would prevent Iranian-backed militias encroaching on the border zone.

Local elders said the opposition told Russian mediators they had rejected an ultimatum delivered overnight by the army to hand over their light arms and allow troops to set up checkpoints inside Daraa al-Balad.

Pro-Assad forces have prevented food, medical and fuel supplies coming into Daraa al-Balad but opened a corridor for civilians to leave, according to local officials and residents.

The United States and its allies have voiced concern about Assad's military campaign in Daraa, which they say is challenging Russia's pledge to maintain stability and rein in Iran-backed militias hostile to Israel.

“We condemn the Assad regime's ruthless assault on Daraa that has killed civilians, displaced thousands, and led to shortages of food and medicine. The United States calls for an immediate ceasefire and unimpeded access for the U.N. and humanitarian actors,” Washington’s embassy in Syria tweeted Wednesday.

The U.N. recently also said that developments in southern Syria are "alarming," calling for a nationwide cease-fire and a comprehensive political solution to the 10-year war.

Assad withstood the long insurgency against him and has regained control of around 70% of Syria with Russian and Iranian help. But Idlib in the far northwest remains under opposition control and patches of the northeast are controlled by terrorist groups.