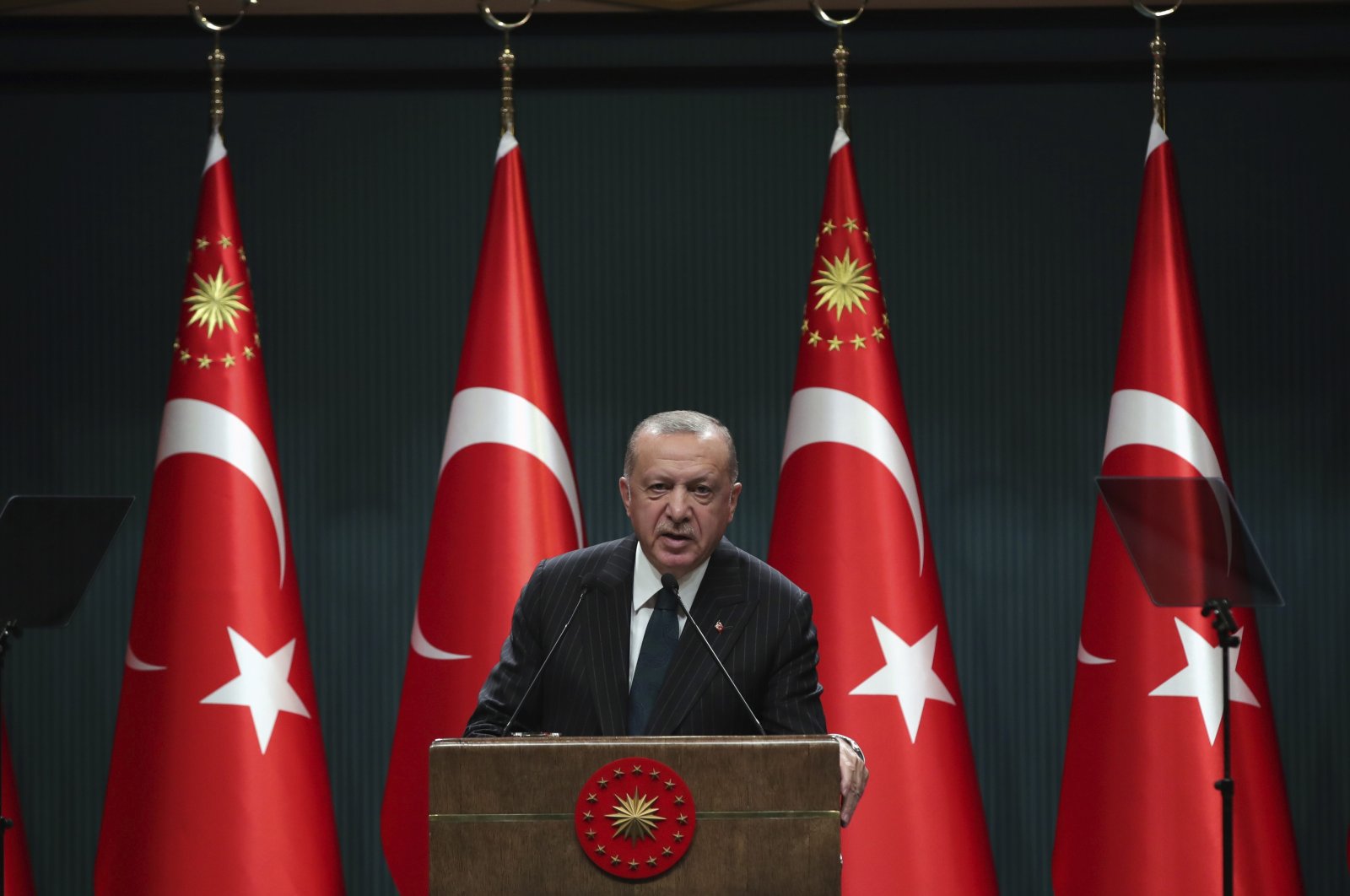 The Turkish government has condemned a headline in a Greek newspaper that insults President Recep Tayyip Erdoğan, urging Athens to take action.

Turkey's foreign ministry had already summoned Greece's ambassador over the headline in Dimokratia newspaper, also available on its website.

The headline, which includes a Turkish profanity that translates as "F--- off, Mr. Erdoğan" in English, appears next to a photo of the president in the Greek newspaper, which also added the English translation.

"On behalf of the Turkish government, I condemn in the strongest terms the publication of insults directed at our President... on the front page of an extreme right newspaper," Fahrettin Altun, communications director at the Turkish presidency, wrote in a letter to Greek government spokesman Stelios Petsas made public Saturday.

He urged Greece to bring to account those responsible for the "shameless" action.

The Greek Foreign Ministry said, "The use of offensive language is contrary to our country's political culture and can only be condemned."

However, the ministry also said freedom of expression and of the press were fully protected in the EU member country.

The two NATO countries are already locked in a heated dispute over energy exploration in contested waters in the Eastern Mediterranean.

Turkey's deployment last month of a research vessel prompted the neighbors to stage rival air and naval drills in strategic waters between the island of Cyprus and the Greek island of Crete.

Last weekend, Ankara pulled the vessel back to the shore for maintenance and replenishment after its one-month mission.

Erdoğan said on Friday that Turkey wanted to give diplomacy a chance and did not rule out a meeting with Greek Prime Minister Kyriakos Mitsotakis via videoconference or in a third country.

French President Emmanuel Macron, whose country backs Greece in the dispute, welcomed the Turkish leader's willingness for dialogue, saying southern European leaders had delivered a similar message to Turkey during a meeting in the Corsican city of Ajaccio last week.

"In Ajaccio, we sent a clear message to Turkey: Let's reopen a responsible dialogue, in good faith, without naivety. This call is now also that of the European Parliament. It seems to have been heard. Let's move on," he tweeted in French and Turkish.

EU leaders are due to discuss possible sanctions against Turkey at their meeting on Sept. 24-25.